TheGunBlog.ca — William Rees, a professor emeritus of planning and human ecology at the University of British Columbia, wrote the following response to a November fundraising letter by the Canadian Coalition for Gun Control.

He analyzes the letter’s message and political significance as the government of Prime Minister Justin Trudeau prepares new gun laws and the country prepares for an October election. 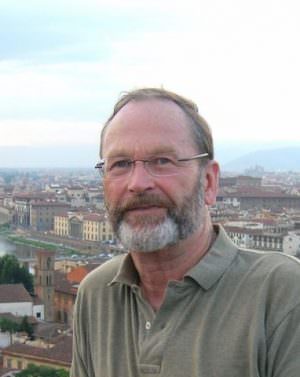 Rees, who originated and co-developed “ecological footprint analysis,” grew up in southern Ontario and enjoyed plinking in the brush north of Toronto, including on the lands occupied today by York University. He remains an active target shooter.

“The masses have never thirsted after truth. They turn aside from evidence that is not to their taste, preferring to deify error, if error seduces them. Whoever can supply them with illusions is easily their master; whoever attempts to destroy their illusions is always their victim.”

The recent fundraising letter by the Coalition for Gun Control (CGC) provides a prime example of shared illusion. Alarmed by what they say is a “surge of gun violence rising in our country,” it notes that “there are now nearly one million handguns legally owned in Canada” and could be “almost two million in another 10 years.” Their response is an appeal for financial support for “decisive action” — rapid passage of Bill C-71 and a “complete ban on handguns.”

I don’t know any gun owner who would not support a bona fide effort to reduce the criminal use of firearms in Canada, but there is little in the CGC’s fundraiser to suggest that the organization’s efforts will actually — or are even intended to — contribute to that goal.

Tellingly, the letter is devoid of words like “law-breakers,” “criminals,” “criminal gangs,” “gang violence,” etc., any terms that would indicate a legitimate effort to tackle actual crime. Indeed, if the CGC’s intent were to reduce real criminal activity, why would they not have named their organization the Coalition to End Violent Crime?

The answer becomes clear on closer reading. The CGC’s focus is not on actual law-breakers. They are appealing, not for better policing of criminals and criminal activity, but rather for laws and regulations that would further restrict more than 2 million law-abiding Canadians in their recreational, sporting, hobby or self-defence use of firearms.

In pursuit of this goal, the CGC relies on half-truths, untruths and misleading assertions. The letter repeats false news and plays on the irrational fears of an ill-informed public.

Consider the alleged “surge in gun violence,” the “gun homicides, domestic violence and even suicide [that] have increased year by year” involving increasing numbers of “crime guns … owned by Canadians” (as opposed to smuggled imports). Apparently, Canada is “reaching a tipping point from which there is no return” “unless we take action” — against licensed gun-owners (PAL-holders).

This is flagrant fear-mongering. The CGC grossly misuses statistics by basing an alleged trend on two cherry-picked points: 2013, the all-time low for violent crime, and 2017, the CGC’s supposed “surge” year.

Moreover, the CGC fails to acknowledge that much of the recent uptick is attributable to an increase in criminal gang activity, not necessarily a general phenomenon. Gang shootings rose to 25 percent of the 266 firearm-related homicides in Canada in 2017. Statistics Canada data show that the violent crime rate in Canada has been falling for decades, with 27 percent fewer homicides and attempted homicides in 2017 compared to the early 1990s.

We can also ask why CGC focuses on gun homicides. Historically, including 11 of the past 20 years, more Canadians have died from knife wounds than bullets. (As recently as 2015, stabbings exceeded shootings by 216 to 179). And do we just forget about the nearly equal number of people murdered by beatings and strangulation over this period?

Bottom line: The CGC letter is a strident attempt to convince a fearful public that law-abiding PAL-holders pose a perilous threat to public safety when, in fact, the latter are almost never involved in violent crime.

How many ordinary citizens are aware that prospective gun-owners are already subject to police background checks, character referrals, must receive spousal approval, and cannot acquire a firearms licence without passing a prescribed safety course, after which they are obliged by law to store any firearms they might acquire safely under lock and key?

Far from any need to plug what the CGC sees as “gaping holes in our gun laws,” there is scant evidence that further firearms regulation or legislation would serve any useful purpose in Canada.

If there is a “gaping hole” it is in the coalition’s logic. Actual criminals, the people they should be targeting, are law-breakers by definition — they ignore existing legal restrictions and would be unaffected by tighter gun laws. Neither the provisions of Bill C-71 nor a handgun ban would have prevented any of the recent street or gang shootings in Canadian cities.

If members of the CGC are truly concerned for the safety and well-being of Canadians, why do they not direct their resources to fighting criminals? There were 3,005 apparent opioid-related deaths in 2016 and 3,996 in 2017 (15 times more than the 266 gun-related homicides). Much of this slaughter is attributable to drug trafficking by criminal gangs whose activities the CGC ignores. Even impaired driving is a criminal offence, so the approximately 1,680 traffic deaths/year in Canada involving drugs and alcohol (6 times more than the 266 gun-related homicides) can be considered criminal acts. Clearly, addressing such problems as these would save more lives and make a greater contribution to public safety than would further restrictions on PAL holders.

There is an even bigger elephant in the room that seems totally invisible to the CGC — and apparently to the federal government. Violence is only a symptom of a more complex socio-cultural disease. We know that youth gangs and criminal violence often spring from decaying environments, overcrowded housing, family discord, racial tension, youth alienation, joblessness, chronic poverty, mental illness, a growing income gap, etc. Violent crime and homicide in the U.S., Canada, and elsewhere is concentrated in alienated populations and communities suffering from increasing social angst combined with inadequate public services.

If the CGC — and the Trudeau Liberals — were serious about reducing violent crime they would be urging/implementing policies that attack its social roots. Instead we get knee-jerk policies that merely impede innocent citizens in pursuit of their recreational activities.

How can this be?

The tone of the CGC letter suggests that its leaders simply hate guns and gun owners, and are willing to ignore evidence and distort reality to impose their beliefs and values on a minority group with whom they disagree. (This constitutes unwarranted discriminatory harassment.) The government is willing to go with the emotional flow to avoid admitting its failure to address the more difficult issue — and, of course, it is not above picking up a few misinformed votes.

Whatever happened to the notion of reasoned analysis and the Liberal campaign promise of evidence-based policy?

The Oxford Dictionaries’ chosen Word of the Year for 2016 was “post-truth,” defined as “relating to, or denoting circumstances in which, appeals to emotion and personal belief are more influential than objective facts in shaping public opinion.”

It is almost always the case that simple solutions to complex problems are the wrong solutions. But in the post-truth era, there is something more ominous at play. When governments respond to ignorance, prejudice and misdirected passion as a means to gain or retain power, informed democracy yields and our leaders walk the path of demagogues.

Here are additional clarifications and data that people coming across the CGC fundraising letter should consider before reaching for their wallets.

By William Rees, Professor Emeritus at University of British Columbia