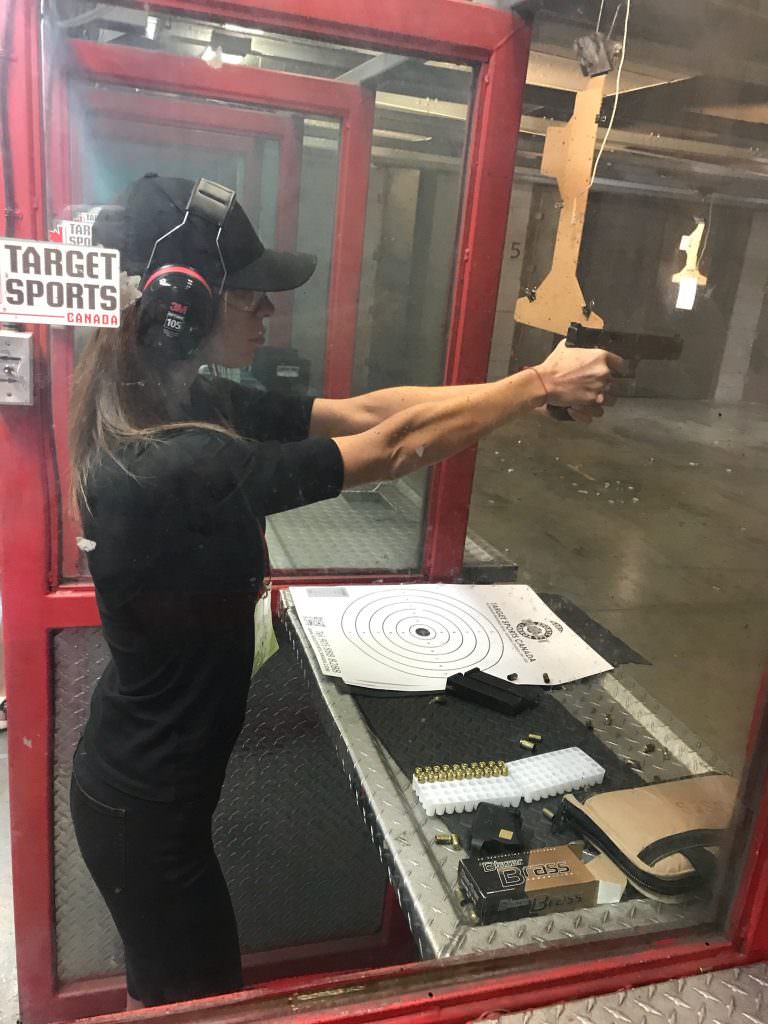 TheGunBlog.ca — Faith Goldy said she will stand with the 100,000 federally licensed firearm owners in Toronto if elected mayor in next month’s election, opposing the gun bans sought by her two top challengers and Canada’s second-biggest daily newspaper.

“As Mayor, I will stand with 100,000 law-abiding gun owners in our city,” Goldy said today on Twitter. “I will not confiscate your property. Unlike John Tory & the clueless busybodies at the Toronto Star: I know Toronto’s problem is ILLEGAL guns and gangs — not you.”

I will not confiscate your property.

Unlike John Tory & the clueless busybodies at the Toronto Star: I know Toronto's problem is ILLEGAL guns and gangs — not you.#FaithForMayor#FaithForToronto#topoli https://t.co/pX4ZjKhvWs

Hunting and shooting are among Canada’s safest and most-popular heritage and sporting activities. More men and women across the country have a firearm Possession and Acquisition Licence (PAL) than play hockey.

Goldy, who has consistently opposed seizing firearms from authorized owners, was responding to a tweet about a Toronto Star editorial published online yesterday with the headline, “It’s time for a ban on handguns.”

It’s at least the second time in the past month the editors of Canada’s No. 2 paper urged the federal government to seize guns from their licensed owners. The editorial didn’t suggest cracking down on violent individuals and gangs.

All firearms already are banned for anyone without a licence.

In a separate tweet today, Goldy shared a photo of herself at a target range pointing a pistol downrange.

But we need the right diagnosis (illegal guns) & right prescription (give police back their powers)!

There are 100K law abiding firearms owners in Toronto.

If each 1 gets 3 friends to come out & vote Oct 22, we’ve got this in the bag‼️ pic.twitter.com/pS4QqxARyD

Mayor John Tory, who opposed a handgun ban when he ran in 2014, led Toronto City Council in a July vote asking the federal government to ban the civilian ownership of handguns and semi-automatic firearms in Canada. He has also asked Toronto’s sport shooters to go somewhere else, without asking criminals and gangs to leave town.

“We need to ban handguns and assault rifles in our city,” Jennifer Keesmaat, another mayoral candidate, tweeted Aug. 23. “We need a renewed and re-invigorated partnership with the police and with grassroots community organizations.”

Canada’s prime minister tasked one of his ministers last month with examining bans.

Ontario Premier Doug Ford has said he opposes a handgun ban, as have several of Canada’s senior police leaders.

Some Toronto gunnies oppose Goldy, citing her comments on race.

The same gunnies cheer candidates who want to suppress their rights, confiscate their property and kick them out of town.

But sheep who vote for wolves?#TOPoli