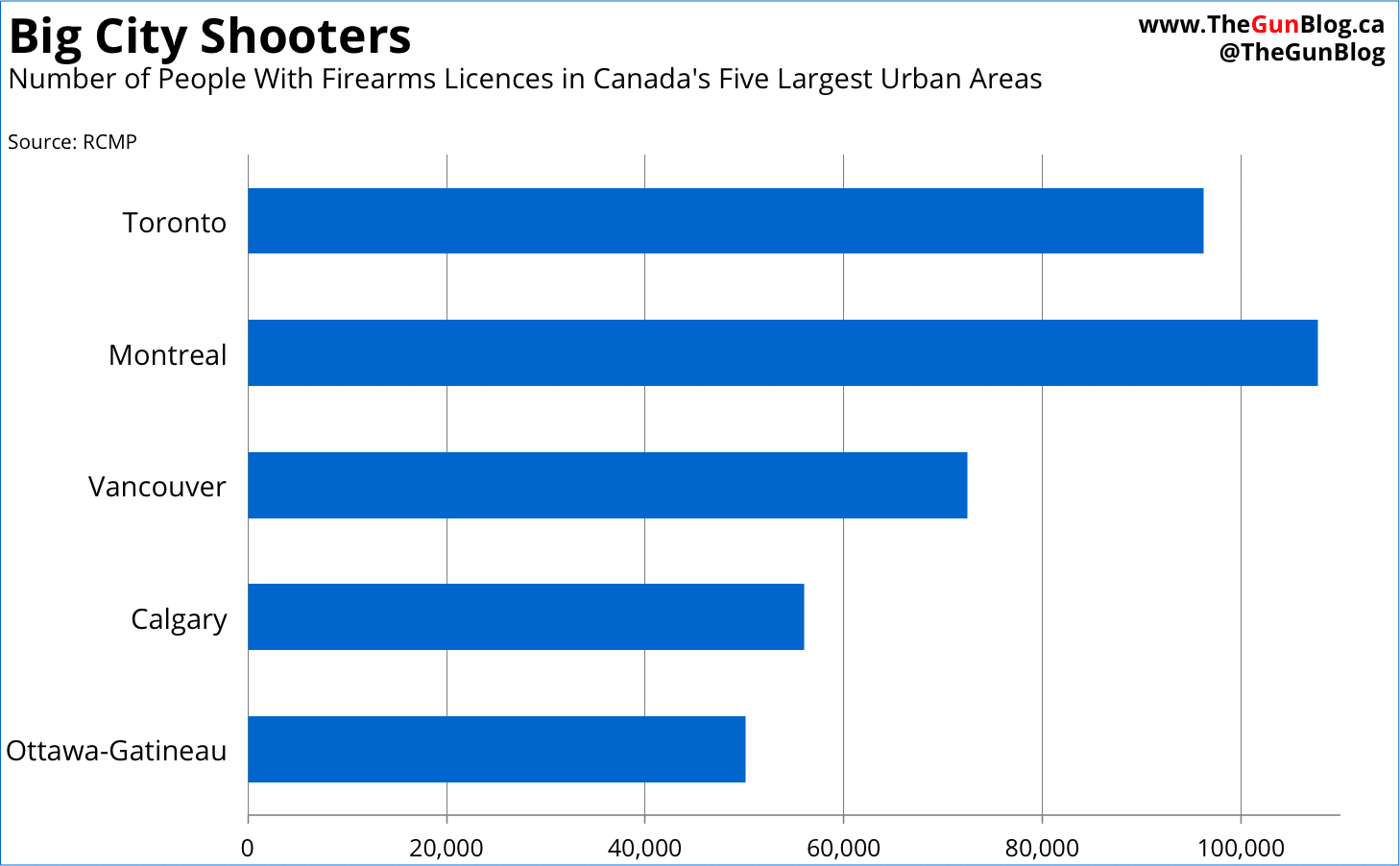 Montreal has the highest number of licensed shooters among Canada’s five-biggest cities, but you’re most likely to bump into a gun lover in Calgary.

The greater Montreal area was home to 107,711 people with firearm licences at Dec. 31, 2015, the RCMP said Sept. 22 in an e-mailed response to questions from TheGunBlog.ca. Even though Calgary had about half of Montreal’s licences, it ranked first in shooters per capita because of its smaller population.

Canadian law requires a licence to buy or own firearms. The country had 2,026,011 people with gun licences at the end of last year, the most on record. Millions more Canadians without licences shoot and hunt legally using firearms borrowed from family and friends.