Toronto Police Union President: ‘A Gun Ban Is Not the Solution’

TheGunBlog.ca — The head of the Toronto police labour union said today “A gun ban is not the solution,” rejecting the outgoing mayor’s demands to confiscate firearms from all licensed gun owners in the city and across Canada. The comment also opposes prohibitions being considered by the prime minister.

Michael McCormack, the president of the Toronto Police Association, is at least the fourth senior active or retired Canadian police leader this month to oppose or question demands by politicians and media to take away the lawful property of honest men and women. Toronto has Canada’s largest municipal police force.

Outgoing Mayor John Tory has urged the federal government to pass new laws to confiscate all handguns and all semi-automatic rifles and shotguns from everyone in Canada with a federal firearm Possession and Acquisition Licence (PAL). He also asked the 100,000 licence holders in Toronto to go somewhere else.

The government said this week it’s examining new handgun bans for licensed owners. All firearms already are illegal for anyone without a permit.

“A gun ban is not the solution,” McCormack said today on Twitter. “In discussions with @JohnTory to get the resources we need now to improve public safety & reduce officer burn-out.”

A gun ban is not the solution. In discussions with @JohnTory to get the resources we need now to improve public safety & reduce officer burn-out pic.twitter.com/7FmdXn7Mw3

The heads of the Royal Canadian Mounted Police, the Canadian Association of Chiefs of Police and the retired commissioner of the Ontario Provincial Police said separately last week that they didn’t support the systematic confiscation of firearms from men and women who own and use them lawfully.

Many officers have gun licences as private owners who enjoy shooting casually, for sport or to train in armed self-protection. 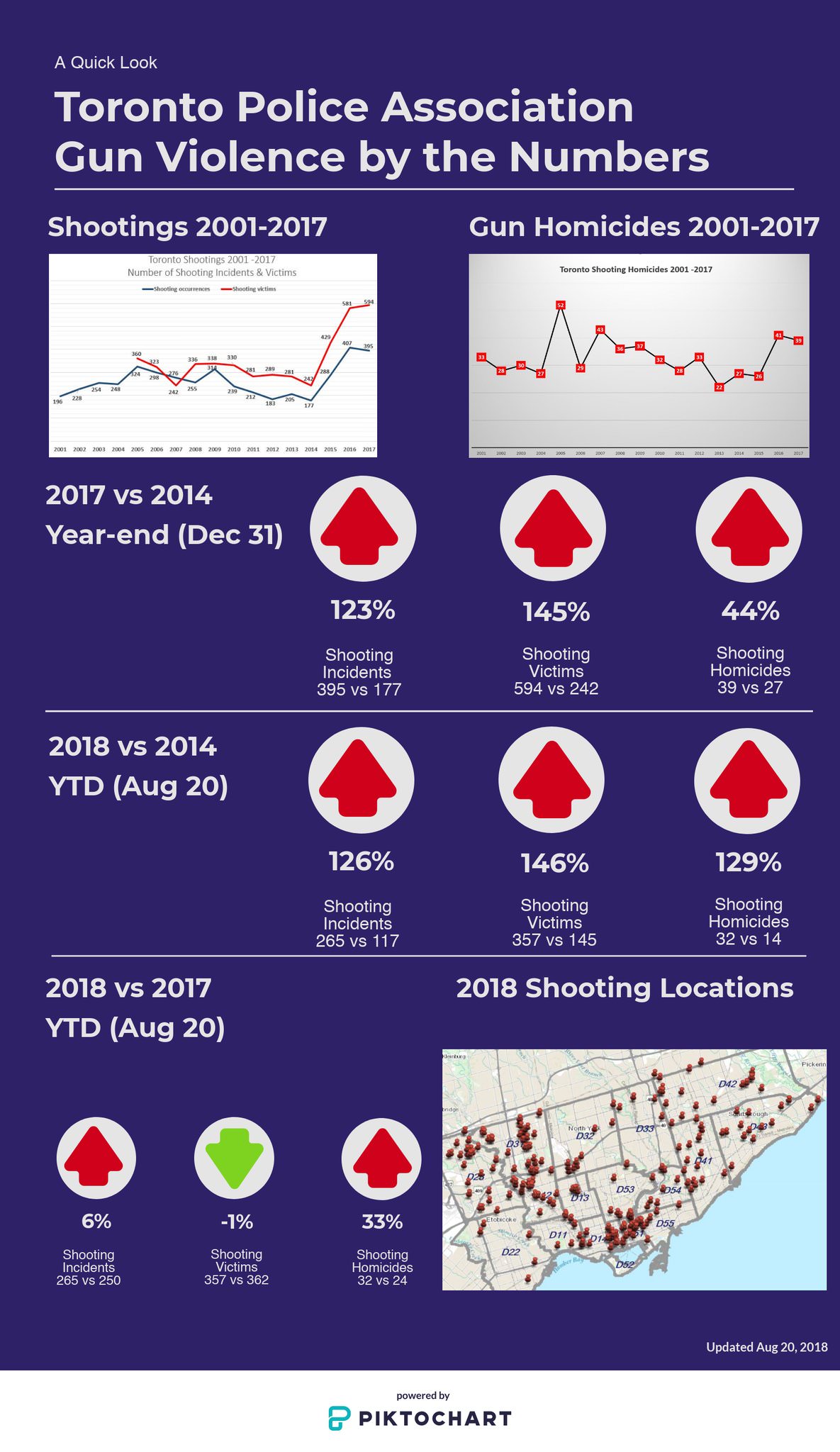