TheGunBlog.ca — The Liberal Party of Canada is copying the tactics and fallacies of U.S. Senator Dianne Feinstein by comparing hunters, farmers and sport shooters to murderers and terrorists to promote new gun bans.

Many people were unsettled by a Liberal comment today on guns “designed to hunt people” such as worshippers, gays and kids.

The phrase copies Feinstein and marks a shift in government marketing for bans from safety to killing, as concern about prohibition rises to a record.

Government Statement to The Canadian Press

Assault-style rifles are military weapons designed to hunt people, and not animals, in the most efficient manner possible that maximizes the body count at minimum effort.

These weapons are for use in the battlefield, but too often they have been brought into our communities and used to target and kill law enforcement, women, members of the LGBTQ2S community, religious observers and children doing nothing more than attending class.

There is no option that will be discounted and all possibilities will be considered.

“How disgusting can this Liberal government get?” the Ottawa-based Canadian Coalition for Firearm Rights tweeted with a link to the Canadian Press article on the website of Global News.

Prime Minister Justin Trudeau is revving up his offensive against millions of police-vetted hunters, farmers, sport shooters and gun collectors as he campaigns for re-election in October.

Hunting and shooting are at the heart of Canadian culture and heritage. More adults have a gun licence than play hockey.

Opinion polls have shown Liberal voters are the most hostile to gun owners and that new restrictions and prohibitions present an “untapped opportunity” for Trudeau to win re-election. 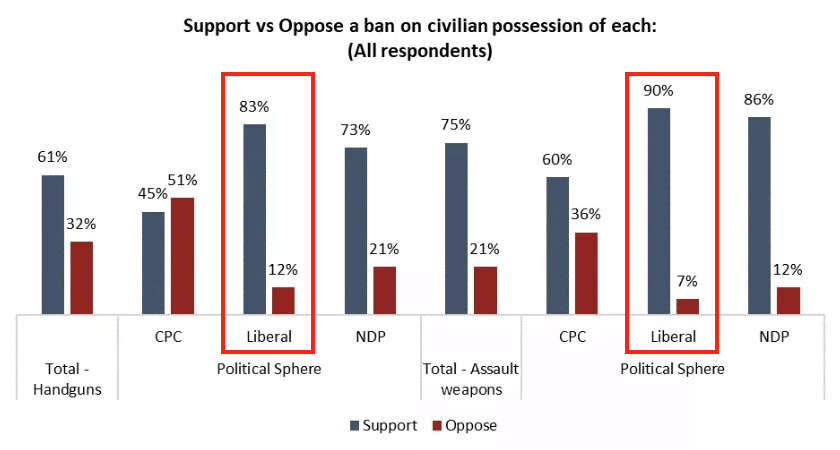 Weapons like the AR-15 are designed to hunt people, not deer. They are designed to kill the greatest number of people in the shortest amount of time. We need to get these weapons of war off our streets. #BanAssaultWeapons

One thing the Liberal Party of Canada does well: They learn from the best in the business.#Propaganda#SpinBabySpin#WhatGoesAroundComesAround pic.twitter.com/Ipgr7Lzvwf

“One thing the Liberal Party of Canada does well: They learn from the best in the business,” TheGunBlog.ca said on Twitter.

Firearms aren’t designed to hunt anyone or anything. They are designed to load and fire bullets, although advertised for different uses. The hunter decides what to hunt.

“This article making the rounds today is very concerning, more concerning is terminology such as ‘designed to hunt people,’” tweeted Doctors for Firearm Safety & Responsibility.

This article making the rounds today is very concerning, more concerning is terminology such as "designed to hunt people" This is unfair lawful firearms owners, sport shooters and competitors. @BillBlair https://t.co/k0YVNaSSja

The government is about to pass Bill C-71 as a new law to ban guns from more than 10,000 families.

AR-15 target rifles are selling out across Canada on concern Trudeau will use the new law to prohibit future purchases by sport shooters.

Are you concerned the Liberal Party of Canada will order a gun ban before the election? (e.g. AR-15, handguns, SKS, something else, …)

(After you vote, please retweet so we get a bigger sample.)#TheGunBlogPoll

The guns are popular among people of all sexes, sizes, ages and abilities for their small calibre, soft recoil and light weight.

It’s a crime punishable by prison to shoot one anywhere except one of 1,400 government-approved target ranges.

Almost every police cruiser in Canada is equipped with an AR-15 for safety, Blue Line magazine has said. 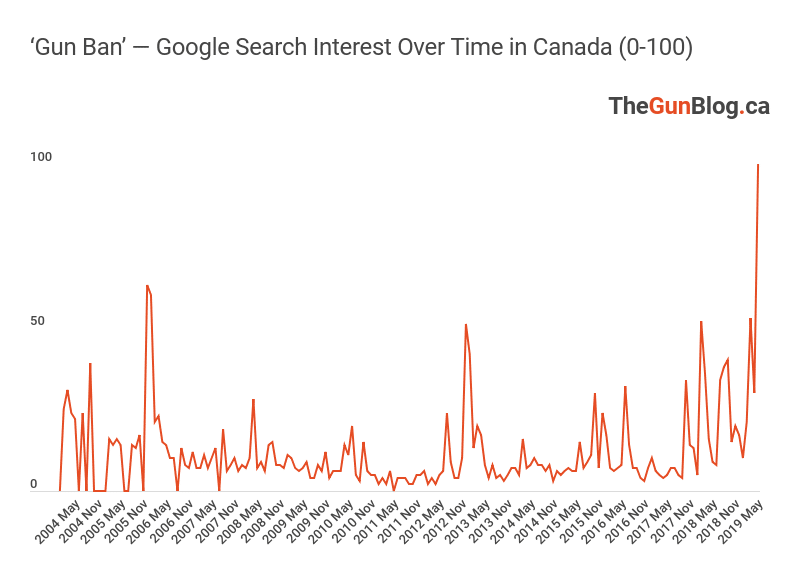 Calling the AR-15 an “assault-style” firearm is like calling a Ford Mustang “a Formula One-style automobile,” Tony Bernardo, the executive director of the Ontario-based Canadian Shooting Sports Association, was quoted as telling The Canadian Press.

“This is a made-up term to try to demonize what is effectively a modern sporting rifle,” Bernardo was cited as telling the news organization.

“Semi-automatic firearms for hunting and target shooting are as common as dirt,” Bernardo told The Canadian Press.