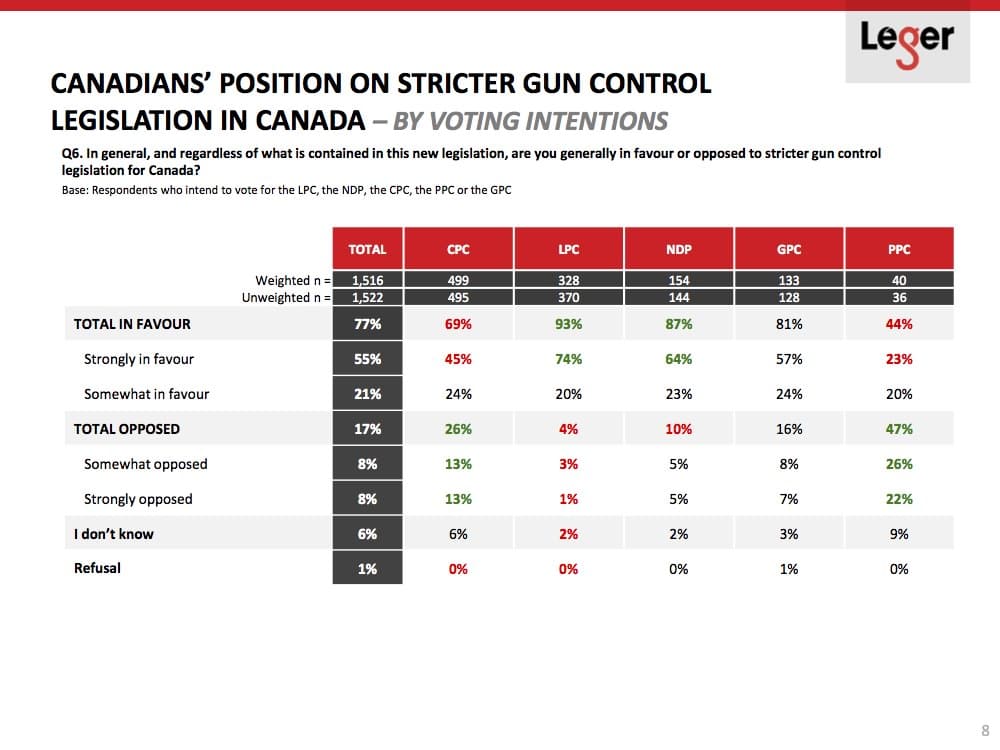 TheGunBlog.ca — Liberal Party of Canada supporters are the most hostile to gun owners such as hunters, farmers and sport shooters, a poll published today by Leger Marketing Inc. showed.

That was the highest of five parties analyzed. Four percent of Liberal voters surveyed oppose stricter laws for gun owners, the least of any of the parties.

What Can Gun Owners Do?

If you own guns and aren’t politically engaged today, you won’t own guns tomorrow.