TheGunBlog.ca — Glock GmbH dominates the market for Canadian police handguns and is attracting agencies faster than any other company, a survey by Blue Line magazine showed. Colt Canada Corp. supplies police with the most AR-15 rifles, and the most-popular police shotgun is the Remington 870.

Canada has federal, provincial and municipal police. The Royal Canadian Mounted Police operates across the country. Ontario and Quebec have provincial forces. In 2016, the country had 144 municipal services and 36 First Nations services, according to Statistics Canada.

The following highlights are from an article dated Dec. 15 on the website of Blue Line, which covers police and law enforcement. The results are based on the magazine’s Canada-wide surveys. View the whole December 2017 issue here. 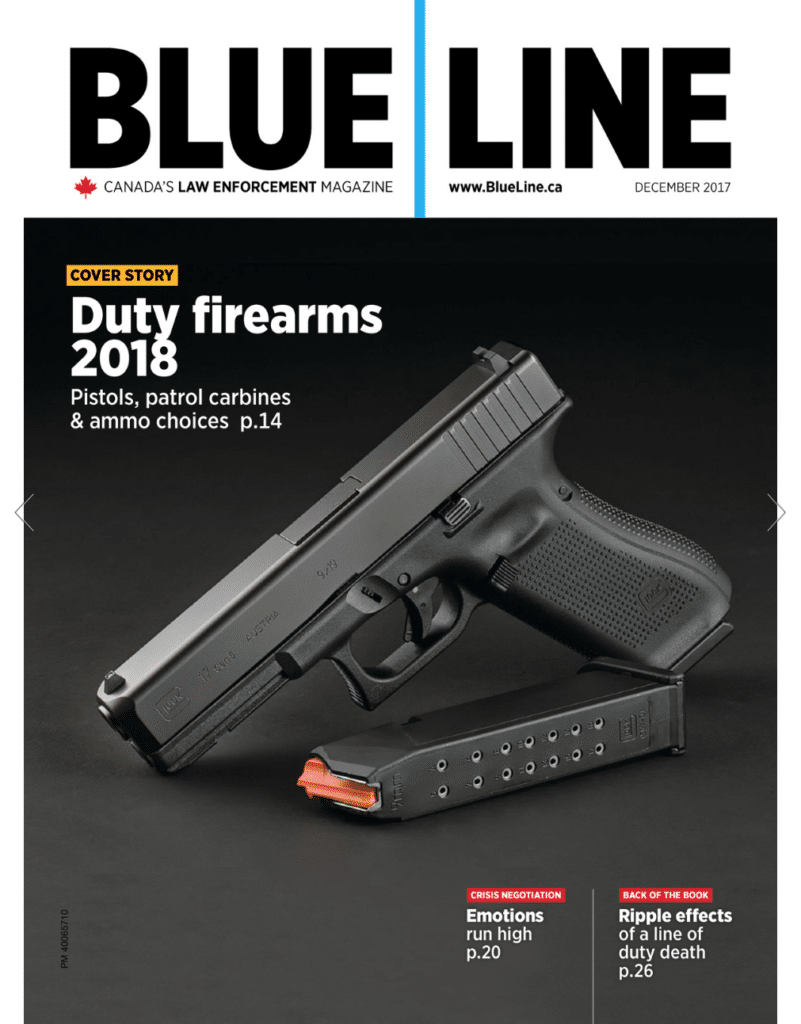