This was Dalphond’s fourth Twitter post in a week attacking the freedom and culture of millions of men and women and calling for their guns to be taken away.

The messages have drawn hundreds of critical responses. His tweets rarely get comments. 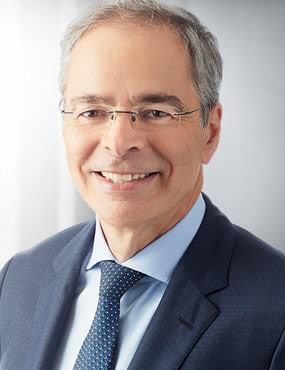 The rights of gun owners to dignity, protection, property and privacy are emerging as critical issues in October’s election as prohibitionist politicians, journalists and doctors escalate their hostility toward lawful Canadians.

Hunting and sport shooting are at the heart of Canadian heritage, and farmers depend on firearms to protect their crops, livestock and each other.

More than 2 million men and women have gun licences authorized by the federal police and own some 10 million to 20 million rifles, shotguns, pistols and revolvers. All guns are banned under threat of prison for anyone without a permit.

Millions of unlicensed family and friends of all ages also shoot safely and responsibly under supervision of permit holders.

“It’s alarming when politicians call for the criminalization of honest citizens and the confiscation of their property,” TheGunBlog.ca said on Twitter. “It’s the strongest argument for a well-armed citizenry. Thank you, Senator, for this contribution to the debate.”

The Liberal Party-led government of Prime Minister Justin Trudeau is preparing new penalties, restrictions and prohibitions against everyone with a firearm licence through Bill C-71. The proposed law will probably take effect before the election, once the Senate completes its review next month.

Blair is also looking at making it a crime to keep firearms at home, and at incarcerating owners of handguns or semi-automatic rifles and shotguns unless they surrender their gear.

Dalphond posted his message with an article today by the state media company entitled “Ottawa Under Pressure to Tighten Gun Laws After Swift Action in New Zealand.”

The government of New Zealand ordered the partial surrender of firearms last week to fulfill the wishes of an attacker who killed 50 Muslims and injured 50 more at two mosques on March 15.

Dalphond, a lawyer with Stikeman Elliott in Montreal, didn’t say his goal is to keep Muslims defenceless.

“I think we need a Canada free from irrational authoritarians like you,” Rod Giltaca, the chief executive officer of the Canadian Coalition for Firearm Rights, replied to Dalphond from his personal account.

“You are calling for the confiscation of billions of dollars worth of personal property from millions of Canadians that have done nothing wrong,” replied Roy Dyment. “That sounds a lot like tyranny to me. Shame on you. Be better.”

It’s alarming when politicians call for the criminalization of honest citizens and the confiscation of their property.

It’s the strongest argument for a well-armed citizenry.

Thank you, Senator, for this contribution to the debate.#StopDalphond pic.twitter.com/q7FJZz9TSI

Dalphond, McPhedran and Senator André Pratte, the sponsor of Bill C-71 in the Senate, were all appointed by Trudeau.

Adam Vaughan, Mark Holland, Nathaniel Erskine-Smith and other federal politicians in and around Toronto are among Members of Parliament pushing for new restrictions or bans for honest citizens. Mitzie Hunter, a member of Ontario’s legislative assembly, proposed an ammunition ban last year. Toronto Mayor John Tory and several members of city council are also campaigning to eliminate civilian gun ownership.

POLL: Do you believe rhe long-term goal of Canada’s Liberal Party is to further restrict and criminalize (or even eliminate) legitimate gun owners?#TheGunBlogPoll

Two days ago, a group of doctors lobbying the government to confiscate guns shared a quote on Twitter about support to ban “sniper rifles.” The bestselling bolt-action rifle in history, the Remington 700, is also North America’s most-popular rifle for military and police snipers. It’s much more widely used by hunters, farmers and plinkers.

The Senate has invited at least three members of the doctors’ faction to speak in favour of Bill C-71.

You’re wrong if you think the “gun debate” is about hardware.

Ontario Premier Doug Ford and his counterpart in Saskatchewan, Scott Moe, are among provincial leaders standing up for lawful firearm users and opposing new restrictions.

Instead of putting our energy in adjusting definitions, we should push for a firearms-free Canada, with the exception of hunting firearms. Glad to read the endorsement of La Presse columnist Boisvert #GunControl #cdnpoli #senCA @Polysesouvient https://t.co/6iUJ6RIrQx

I apologize if my tweet on firearms wasn’t clear. Not about current law but what it should be: all firearms prohibited except essentially hunting rifles (with compensation for owners of restricted and non restricted arms) #CdnPoli #senCa #GunControl @Polysesouvient

Time to prohibit all automatic and semi-automatic firearms in Canada. Only hunting rifles should be allowed. We should follow the example of #NZ How many more innocent victims do we need? https://t.co/43HOAOxcmo @RalphGoodale #Gunsense #GunControlNow