Handgun, Semi-Auto Ban Could Wipe Out $2 Billion From Gun Owners

TheGunBlog.ca — The Canadian government’s possible ban on handguns and semi-automatic long guns such as SKS, AR-15 and FN-FAL rifles could wipe out more than $2 billion of guns and gear in private hands, based on estimates by TheGunBlog.ca.

The estimates project only the value of firearms and equipment such as cartridge magazines, holsters and specialized tools that would become worthless in Canada if the government proceeds to prohibit privately owned handguns and firearms that some people call “assault weapons.” The projections involve many assumptions.

The government might seize and destroy only the firearms held by authorized individuals, businesses and museums, but hundreds of millions of dollars in related gear becomes useless and valueless without the guns.

The destruction of wealth invested in equipment doesn’t come close to assessing the full economic wreckage in case of new prohibitions.

They would shut down companies, end sports careers, render individuals defenceless and eliminate thousands of jobs in and out of the firearm industry.

Under some scenarios, a handgun ban on its own would be enough to annihilate Canada’s firearm heritage and industry by forcing stores, clubs and ranges to close. Many of them depend on handgun shooters for their survival and growth.

These estimates consider only selected equipment. They don’t at all factor in the significant emotional, social and political costs of firearm bans, such as the feeling of being robbed, violated and betrayed by your government. They completely leave out the cost of lives lost to wildlife or criminals because individuals were disarmed. They also exclude the costs to get and keep a firearm licence, join a shooting club or get insurance.

What the Government Said

How to Count “Assault Weapons”? 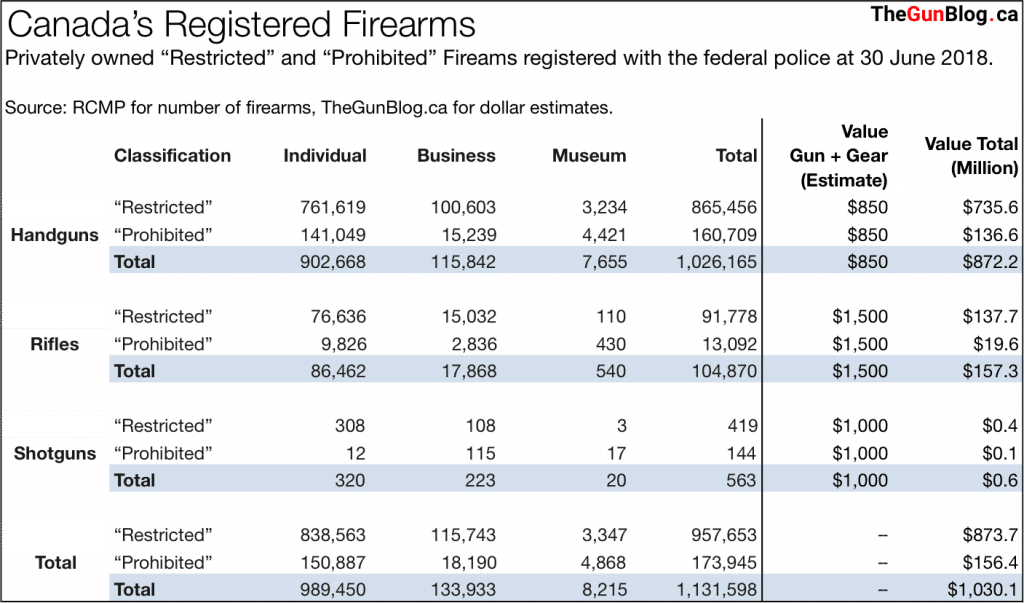 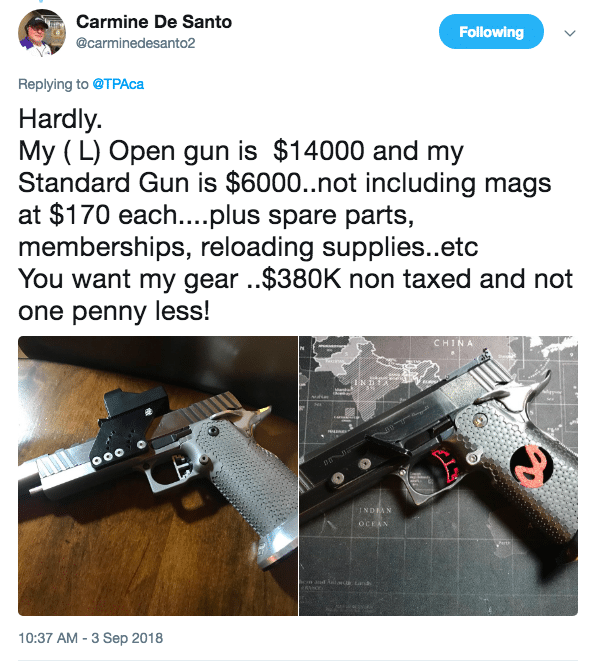 The estimated value of gear to be confiscated and destroyed doesn’t come close to covering the full economic cost of a ban. It excludes: