Gun Imports 2017: Overview of the Firearm Industry in Charts 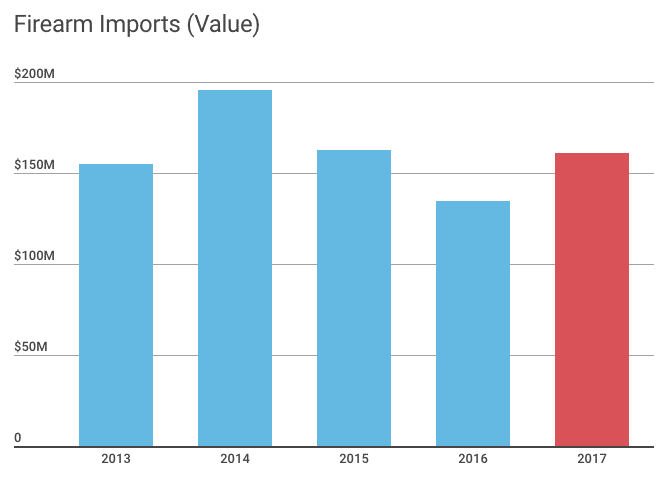 TheGunBlog.ca — Canada imports almost all the guns and ammunition sold in the country, making import data a key indicator of the industry. Companies keep their accounts private, so the figures published by Statistics Canada are one of the only windows into the market.

Following are more than a dozen charts and factoids (below the charts) based on StatsCan data. See also Notes & Assumptions at the bottom.