TheGunBlog.ca — The Liberal Party of Canada’s new law against hunters, farmers and sport shooters makes it a crime to take a newly banned gun to a target range without an arbitrary new approval, putting the owners at risk of having “safe queens.”

Everyone is already banned from buying, selling, having or travelling with any gun unless they have a firearm Possession and Acquisition Licence (PAL) authorized by the federal police.

Cabinet already has the power to classify any gun owned by any federally licensed firearm owner as “Prohibited” at any time.

Bill C-71, passed by the Senate yesterday and set to become law any day, includes provisions to:

Although included in Bill C-71 since it was introduced in March 2018, the loss of ATTs hasn’t been widely reported.

The government’s summary of changes under the new law includes this point: “Reinstate Chief Firearm Officer’s discretion to issue authorizations to transport to certain locations.”

AR-15s are selling out of stores across Canada on concern Prime Minister Justin Trudeau will use Bill C-71 to order new gun bans beyond the ones in the bill.

Existing gun owners and the new buyers are betting the Liberals will automatically allow them to keep their guns and continue to shoot the firearms at government-approved target ranges.

Read: AR-15 Selling Out in Canada on Concern Trudeau to Ban New Owners 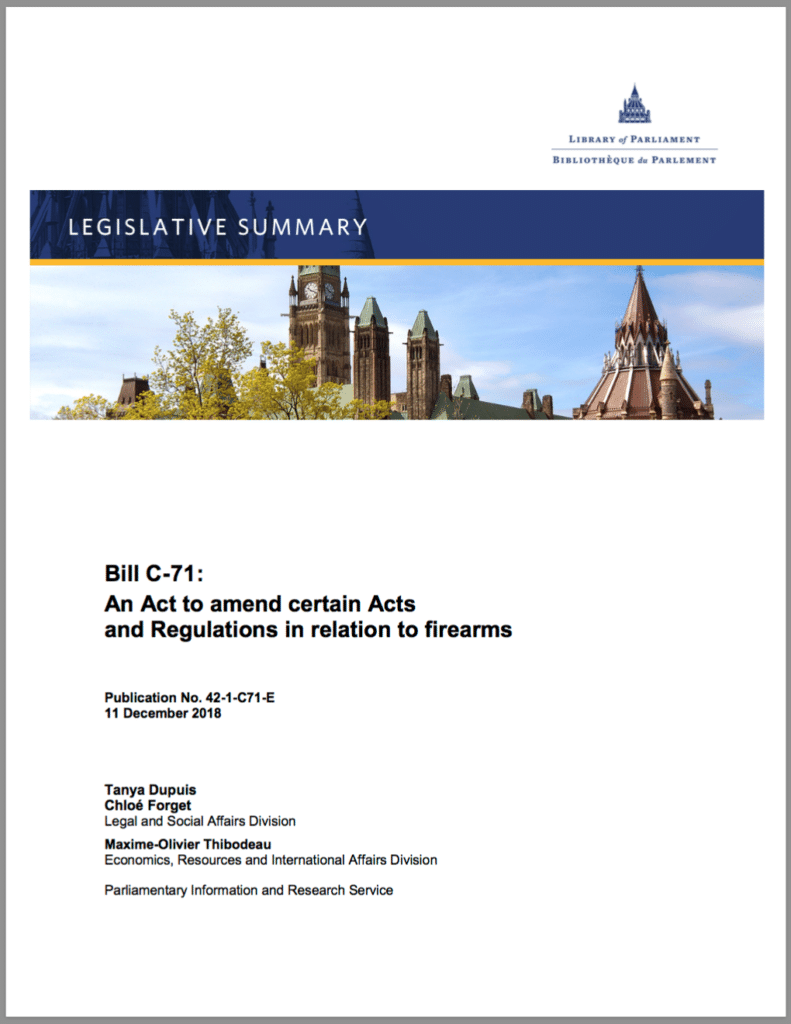 The text of Bill C-71 is complex for non-specialists.

The December 2018 Legislative Summary of Bill C-71 by Canada’s Library of Parliament explains how Section 4(1) of the new law changes Section 19 of the Firearms Act affecting ATTs for individuals who are allowed to keep newly “Prohibited” guns under a so-called “grandfather” clause.

Clause 4(1) of the bill amends section 19(1.1) to exclude “all approved shooting clubs and ranges” located within the province from the reasons for which individuals grandfathered under new section 12(9) may be permitted to transport the firearm. A CFO would be able to issue an authorization to transport (ATT) the grandfathered firearms to specified clubs and ranges only (as opposed to all of them throughout the province).

Bill C-71 builds on the Liberal Firearms Act of 1995 to invent a series of crimes for activities that are neither immoral nor harmful.

Every clause of the new law is aimed at the 2.2 million men and women with a firearm licence authorized by the federal police, or at applicants for a permit. They are among the most-vetted, most-monitored and most-safe people in Canada.

The new law will start by prohibiting and eventually confiscating rifles from more than 10,000 families.

Bill Blair, Trudeau’s minister exploring a “full ban” on handguns and many rifles and shotguns, told CTV News this month he doesn’t exclude a confiscation order before the October election.

In many past bans, the government has yanked ATTs to go shooting.

Thousands of lawful, legitimate, licensed shooters paid hundreds or thousands of dollars for firearms that must remain in the gun safe as “safe queens.” It’s a crime punishable by prison to take them to the range.

Police confiscate and destroy the guns when the owners die, wiping out the value of the firearms plus hundreds or thousands of dollars in related gear, from ammunition magazines, mag pouches and sights to specialized tools and accessories.