TheGunBlog.ca — Following is an imaginary conversation based on real laws for Canada’s 2.2 million men and women hunters, farmers and sport shooters with police authorizations to own guns.

Albert: If we want to improve public safety, what if we tracked the people who threaten it? We know a lot of them, but we won’t touch them. 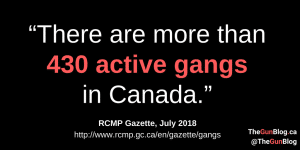 Toronto Police Chief Saunders: "We know who the players are."#FixTheSix 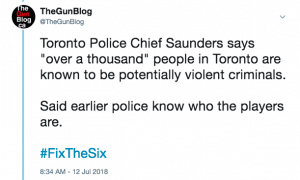 Billy: Are you some un-Canadian unhinged authoritarian fascist Nazi-Communist alt-scumbag threat to democracy?

We respect their rights and freedoms, their privacy, their culture and way of life. We respect principles of law and justice like fair treatment, due process and innocent until proven guilty.

What you suggest is immoral, unconstitutional and illegal.

Here’s what we do instead:

Albert: That’s a terrible way to treat people, even criminals and terrorists. I wasn’t thinking of anything so inhumane.

Billy: We would never do any of this to criminals or terrorists. They have rights, and we respect those rights. We reserve this treatment for the country’s most honest, trustworthy and responsible citizens. Everyone from ordinary men and women right up to world-class hunters and Olympic competitors, role models who inspire us and make us proud.

If you have evidence that PAL holders are a threat to public safety, don’t wait.

Lock us up today.

If we aren’t a threat, leave us the heck alone.