TheGunBlog.ca — Canada’s Senate is likely to approve Bill C-71 in winter or early spring, CTV News reported today, citing the sponsor of the planned law to further curtail the privacy and freedom of hunters and sport shooters.

“I am confident that it will pass, eventually,” Senator André Pratte told CTV News in an interview today.

A group campaigning to suppress the rights of gun owners held a press conference in Ottawa today to call on the Senate to accelerate its analysis and passage of the proposed law, the news organization said.

Bills approved in the House of Commons and Senate require royal assent before they take effect as law.

The “controversial” bill will go to a senate committee for review in the “next few days” before the upper chamber of parliament takes its Christmas break, CTV News quoted Pratte as saying. He supports the bill.

Its measures include the immediate prohibition and eventual seizure of rifles from as many as 15,000 owners and the requirement for all private gun sellers to report themselves and potential buyers to the federal police before each sale.

A public-relations company that advises the government has said that new restrictions on licensed shooters present an “untapped opportunity” for Trudeau and his Liberal Party to win votes in next year’s election.

Andrew Scheer, the leader of the opposition Conservative Party, has pledged to repeal Bill C-71 if he is elected prime minister.

Pratte said that the time Bill C-71 is taking to work its way through is not unusual for a bill of this kind, especially considering there is considerable opposition to it amongst Conservative senators. Though, Pratte said that he doesn’t think there has been, or will be, a concerted effort from that caucus to stall it, despite having the tools to do so if they so choose.

He also denied that the slowness is attributable to pressure from the pro-gun lobby, but acknowledged those against further gun controls have been very active.

“Many Senators have received a lot of emails and correspondence… but that’s normal for a piece of legislation that is controversial,” Pratte said.

@Polysesouvient parliamentary press conference… it seems their continued irrational ranting is getting far less traction than it used to … #emptyroom #emptyarguments pic.twitter.com/YeIz6axaIH

Pratte told TheGunBlog.ca last week in an e-mailed reply to questions that he expects Bill C-71 to be reviewed by the Senate Standing Committee on National Security and Defence.

Canada marks the 29th anniversary of the Ecole Polytechnique massacre this week, an annual reminder of the value of being armed and trained to protect innocent life. The country’s politicians and police have made this almost impossible to do legally. 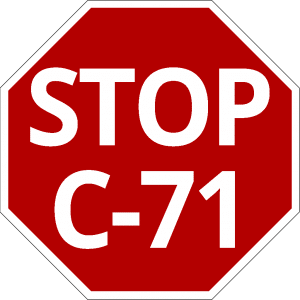