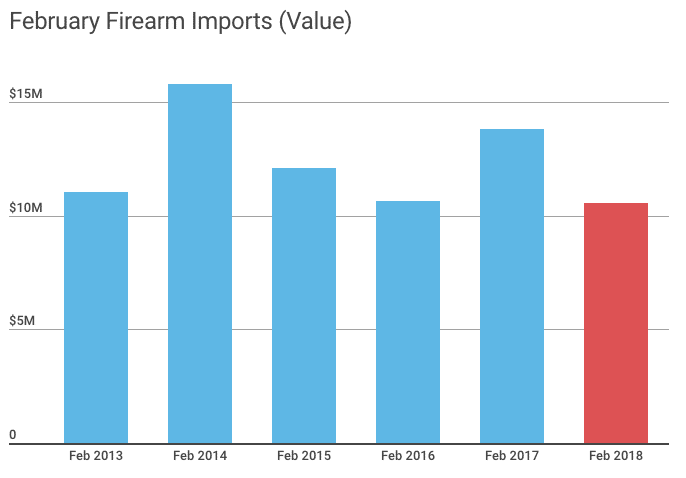 TheGunBlog.ca — Canadian gun imports, an indirect measure of the strength of the firearm industry, fell to the lowest February in six years, with rifles, shotguns and handguns all down.

It was only the second time in the past six months that shipments exceeded $10 million, as companies prepare for another year of turbulence.

The value of inbound firearms dropped to $10.5 million in February from $13.8 million in the same month last year, Statistics Canada said today. This year saw the lowest January and February since 2012.

Shooting is one of Canada’s most-popular sporting activities, and almost every gun sold in the country comes from abroad. Companies order less when they expect demand to slow.

Although the import data reflect orders placed last year, and monthly figures can vary widely, they provide one of the only windows into the economics and expectations of the firearm industry since businesses keep their accounts private.

Business last year saw a drop in sales and the risk of new import restrictions. Importers, distributors and retailers are in for a second year of turmoil:

Find this useful? Consider subscribing. You won’t find it anywhere else.

The challenges follow a “very, very” big drop in sales last year that pushed some stores out of business as floods and fires in Alberta and British Columbia shut down hunting and sport shooting.

At this time last year, companies were ramping up imports to bring in new models of firearms and to stock up before the expected June 1 start date of the new import restrictions. The government deferred them last May.

Imports tend to rise in the first half of the year and fall in the second half, and figures for a single month don’t necessarily indicate a trend. Taking three months at a time, it was the lowest December-January-February since 2013. The value and the number of incoming firearms were both about 20 percent below their 12-month average.

Companies order the guns that they expect clients will buy or ones that have already been contracted, such as for police.

It typically takes three to six months from when companies place a purchase until shipments arrive, so the latest figures reflect the outlook in the fall. 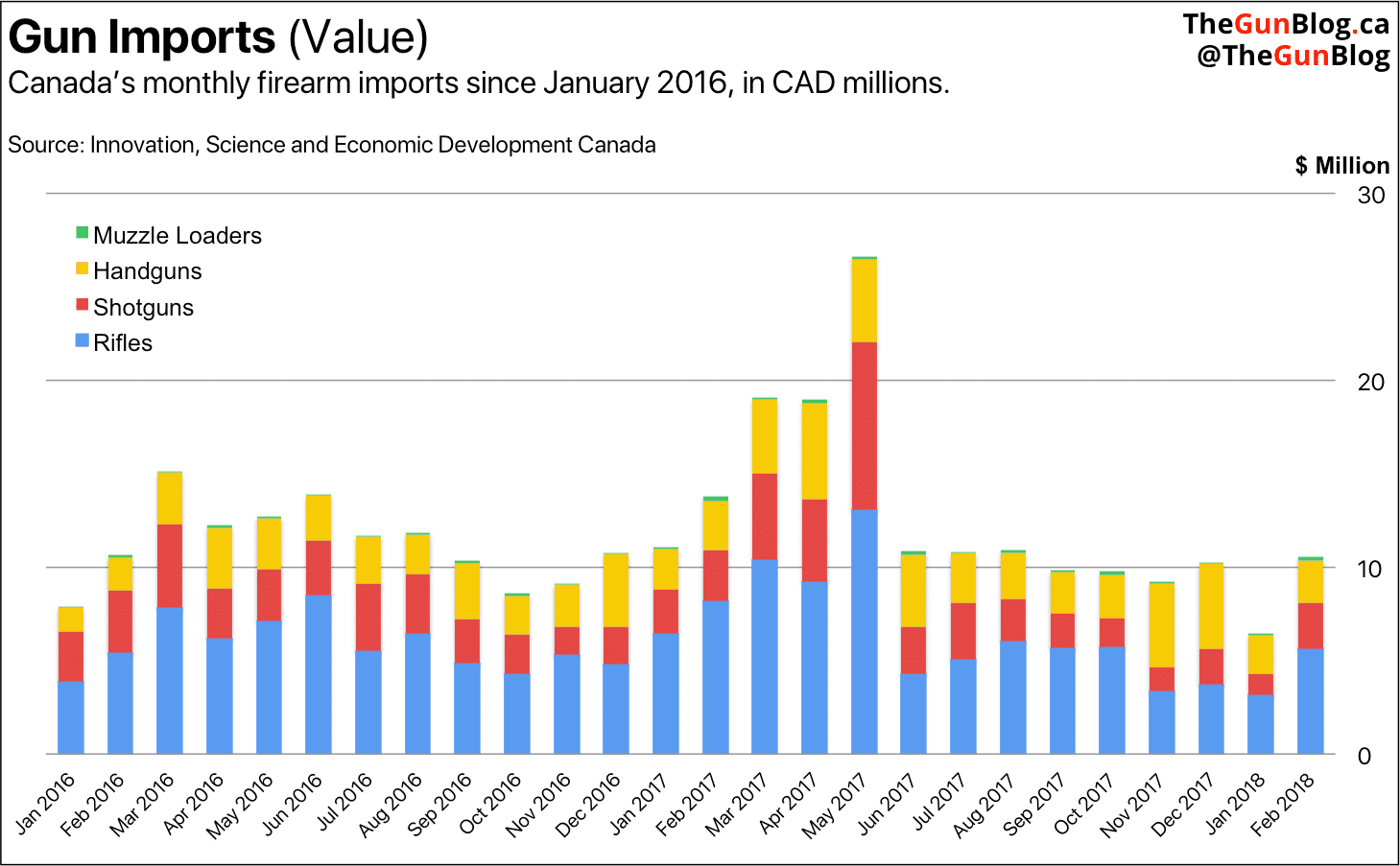