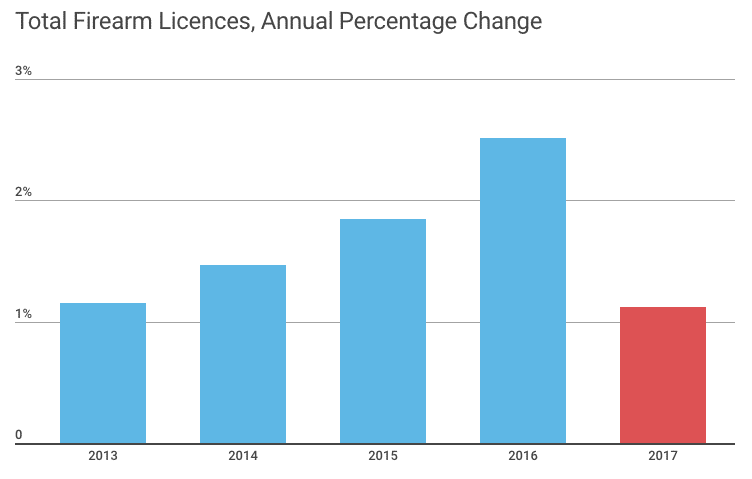 TheGunBlog.ca — Canadians got new gun licences in 2017 at the slowest pace in at least five years. The rate of increase in buying handguns, AR-15 rifles and other so-called “Restricted” firearms also weakened.

Although licences and “Restricted” ownership both rose to new highs last year, the slower growth, combined with pending laws to restrict imports and to ban more guns, signals another turbulent year for the industry and for shooters.

The declining rate of increase in authorized firearm buyers could mean fewer visits to the gun store. On the other hand, the promise of more restrictions may lead to a buying spree as hunters, farmers and sport shooters rush to stock up on gear before new bans take effect.

Check out these interactive charts, and find more data below.