TheGunBlog.ca — Fewer than two Canadians a year are charged with making so-called “straw purchases” of guns, according to a researcher who analyzed public reports. Here’s a look at the numbers in context, why the RCMP doesn’t have the data, and what it all means.

What Is ‘Straw Buying’?

Why Is ‘Straw Buying’ So Rare?

No Statistics, No Response

Illegal or stolen firearms seized or found at crime scenes are deemed to be in the custody of the police force of jurisdiction, and kept for evidentiary purposes. Processes and/or policies may differ from one agency to another, as well as reporting requirements. Currently, there is no national repository for this type of information in Canada.

The Canadian Firearms Program (CFP) is a national program within the RCMP. It administers the Firearms Act and regulations, provides support to law enforcement and promotes firearms safety. However, the Program is not mandated to collect statistics with regard to straw purchases, nor maintain records of firearms used in crimes.

Chief Firearms Officers (CFO) for each Province and Territory investigate public safety concerns and take appropriate action, where warranted. The CFOs may refuse a licence, place conditions on a licence that limit the use of a firearm, or revoke a firearms licence, all in the interest of public safety. 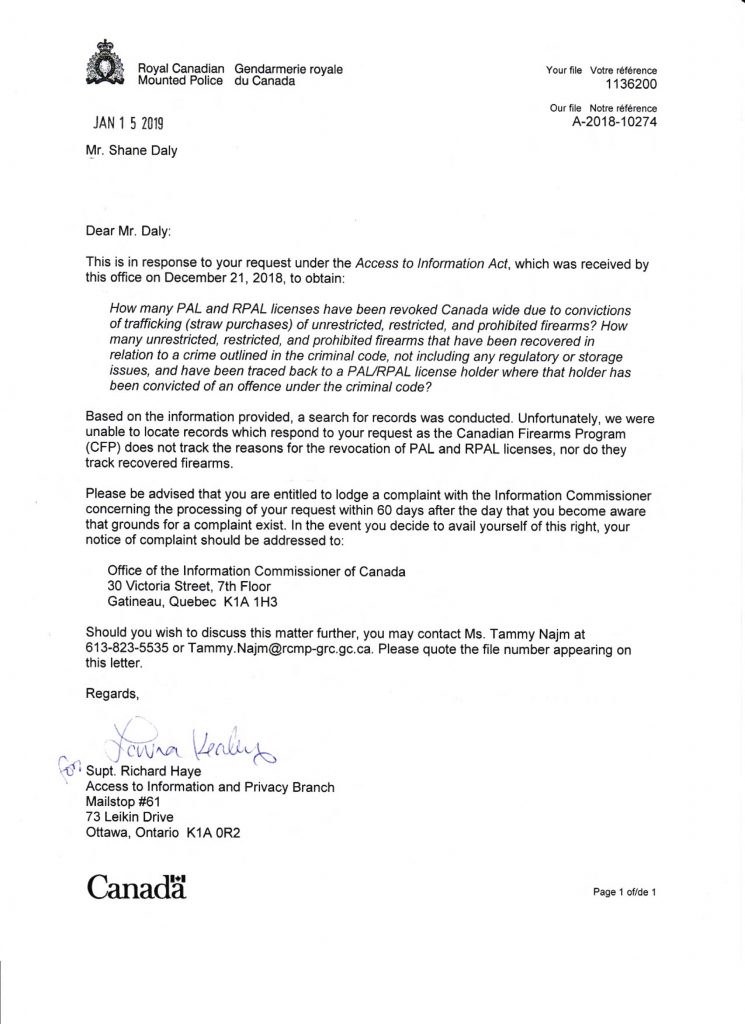