Top Guns of YouTube: Rankings by Subscribers, Views and Growth 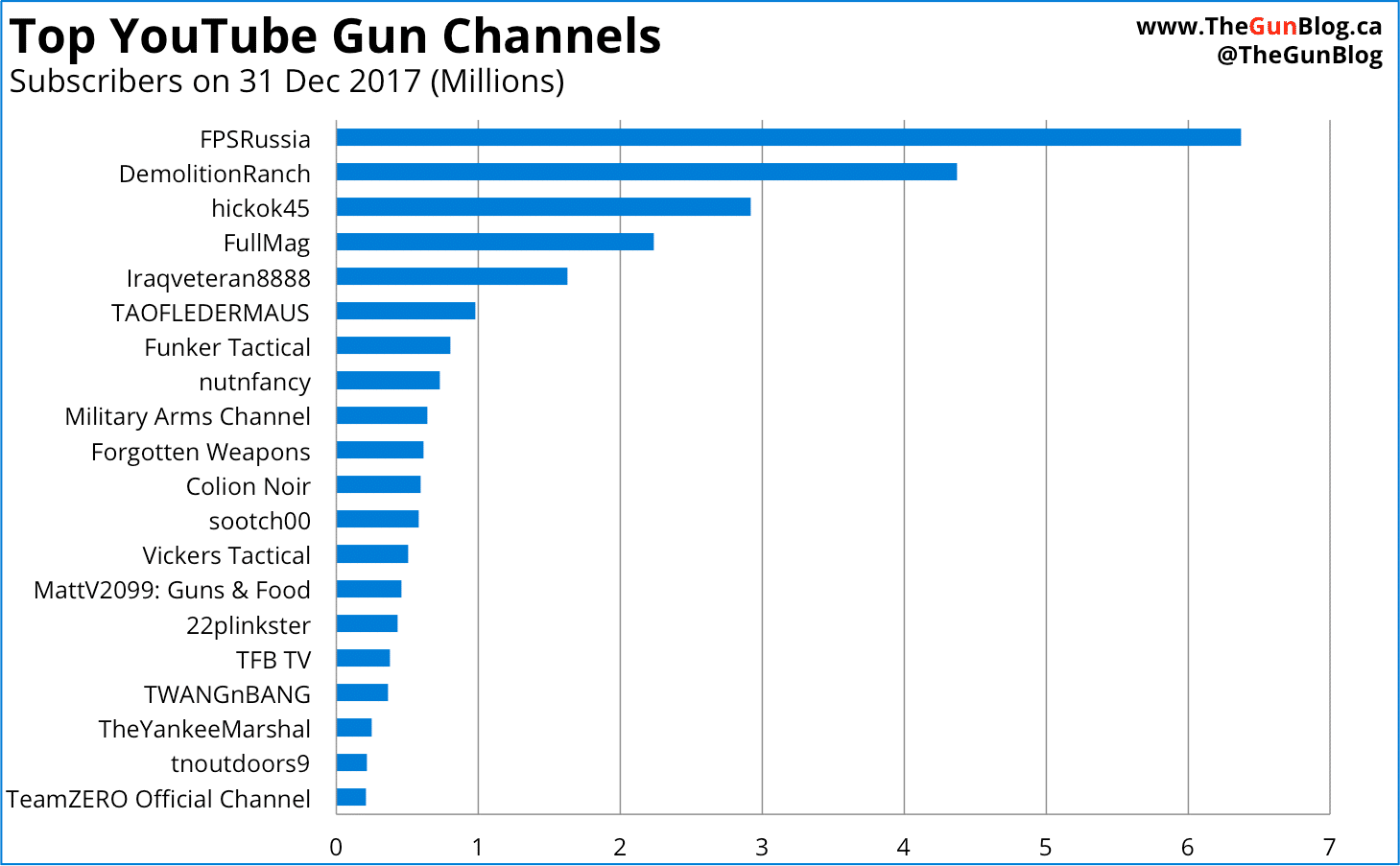 Whether you’re looking for gear reviews, tactical analysis, profiles of historic guns or just want to watch things explode, YouTube has channels to inform and entertain.

My Most-Watched in 2017 (Alphabetical)

Almost all the channels below are based in the U.S. The HuntingGearGuy published a list of Canadian YouTube channels.

For the first time, I’m including second-tier channels, the last two charts below.

The data for the rankings were recorded last night, Dec. 31, around midnight Toronto time. The charts are based on English-language gun channels that I know about, and the list might be incomplete. The top 20 are based on subscribers, including active and inactive channels. 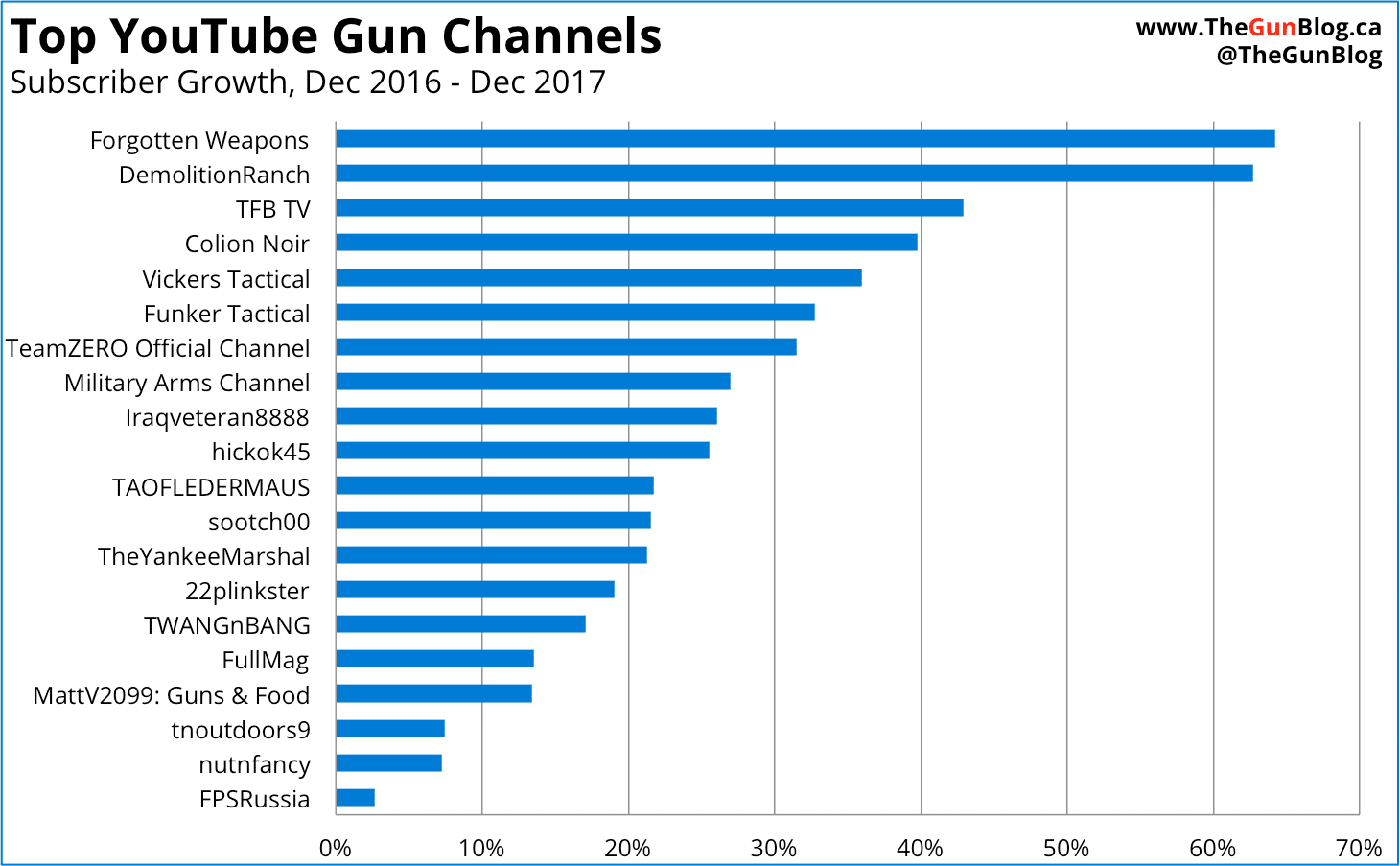 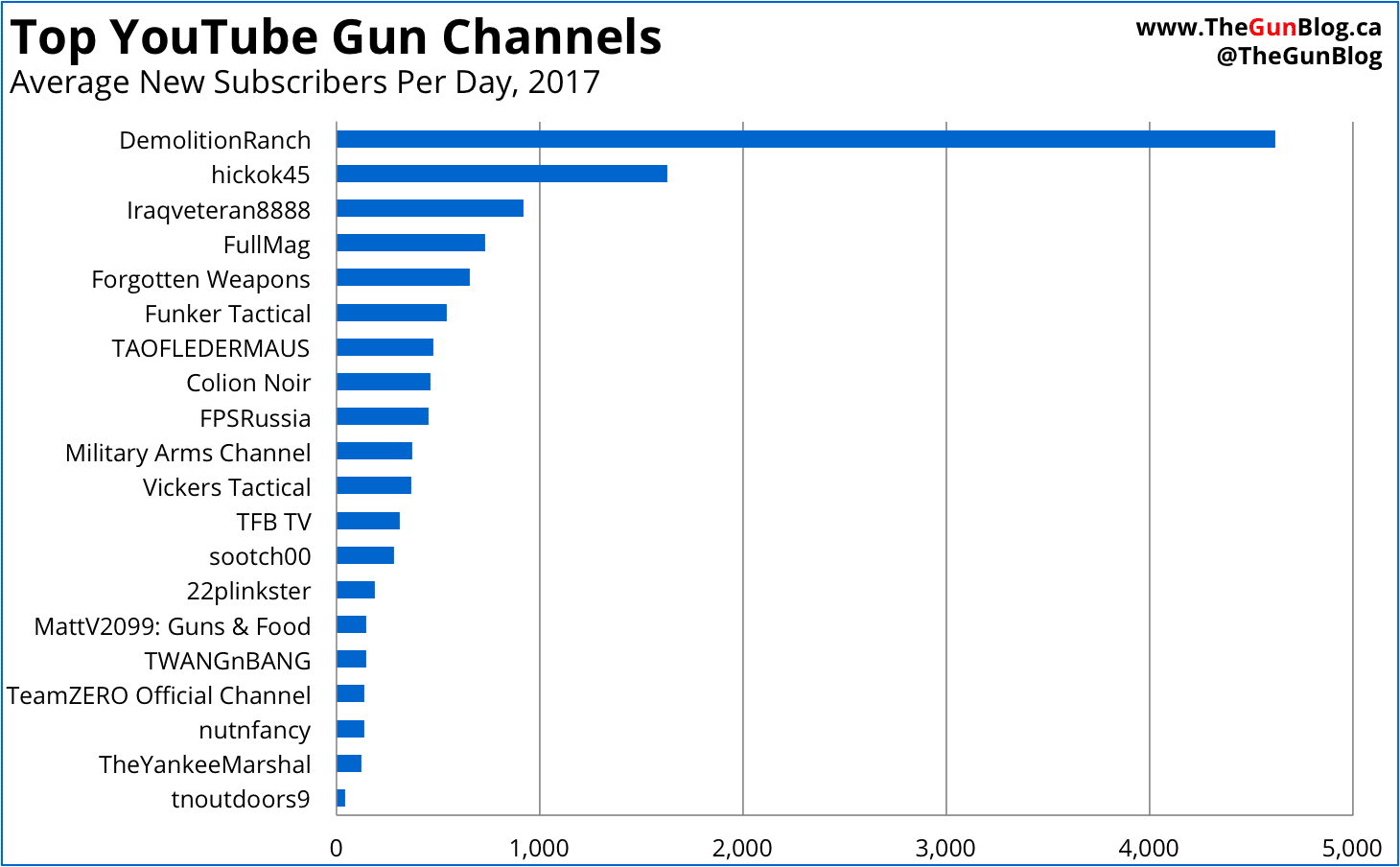 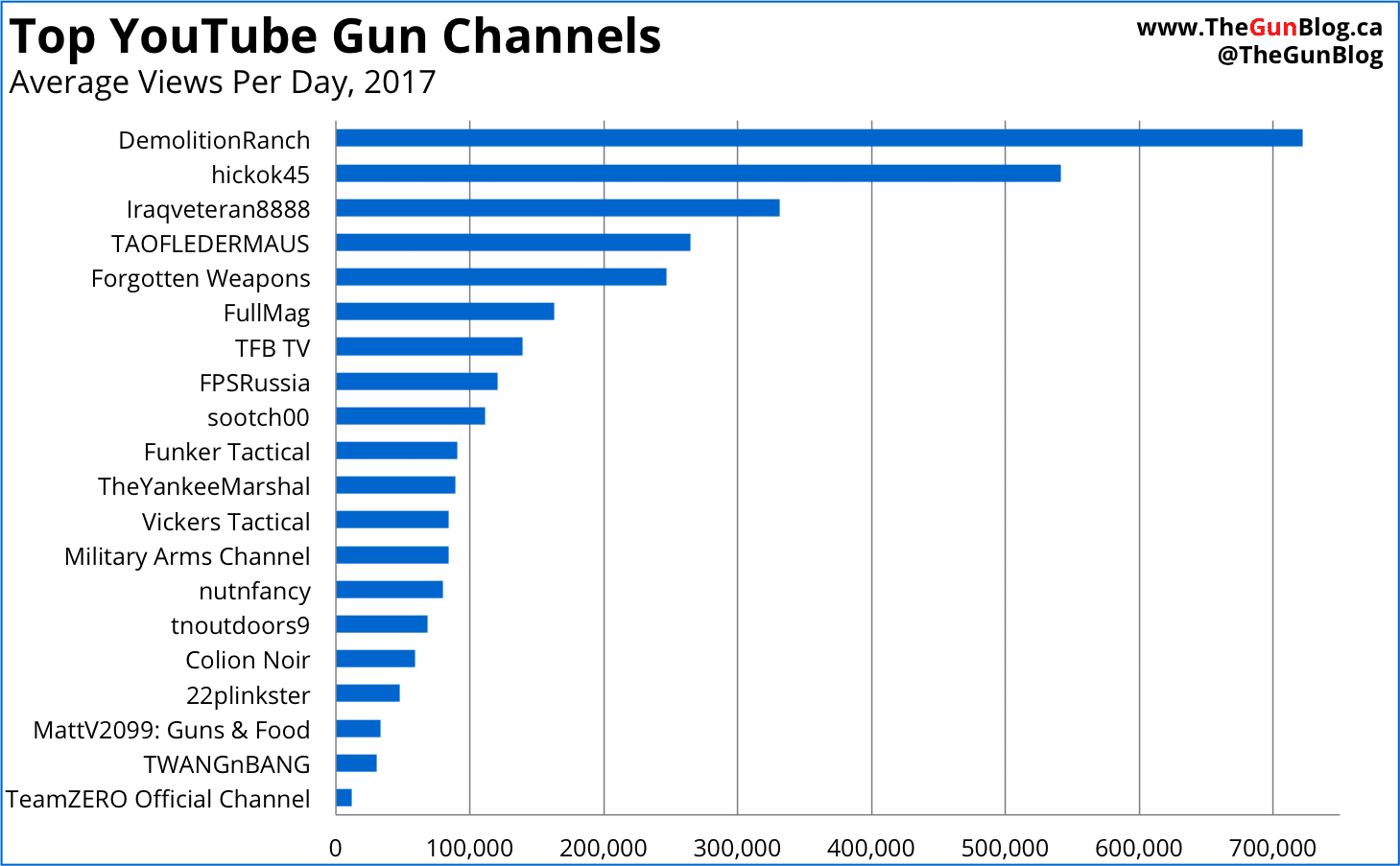 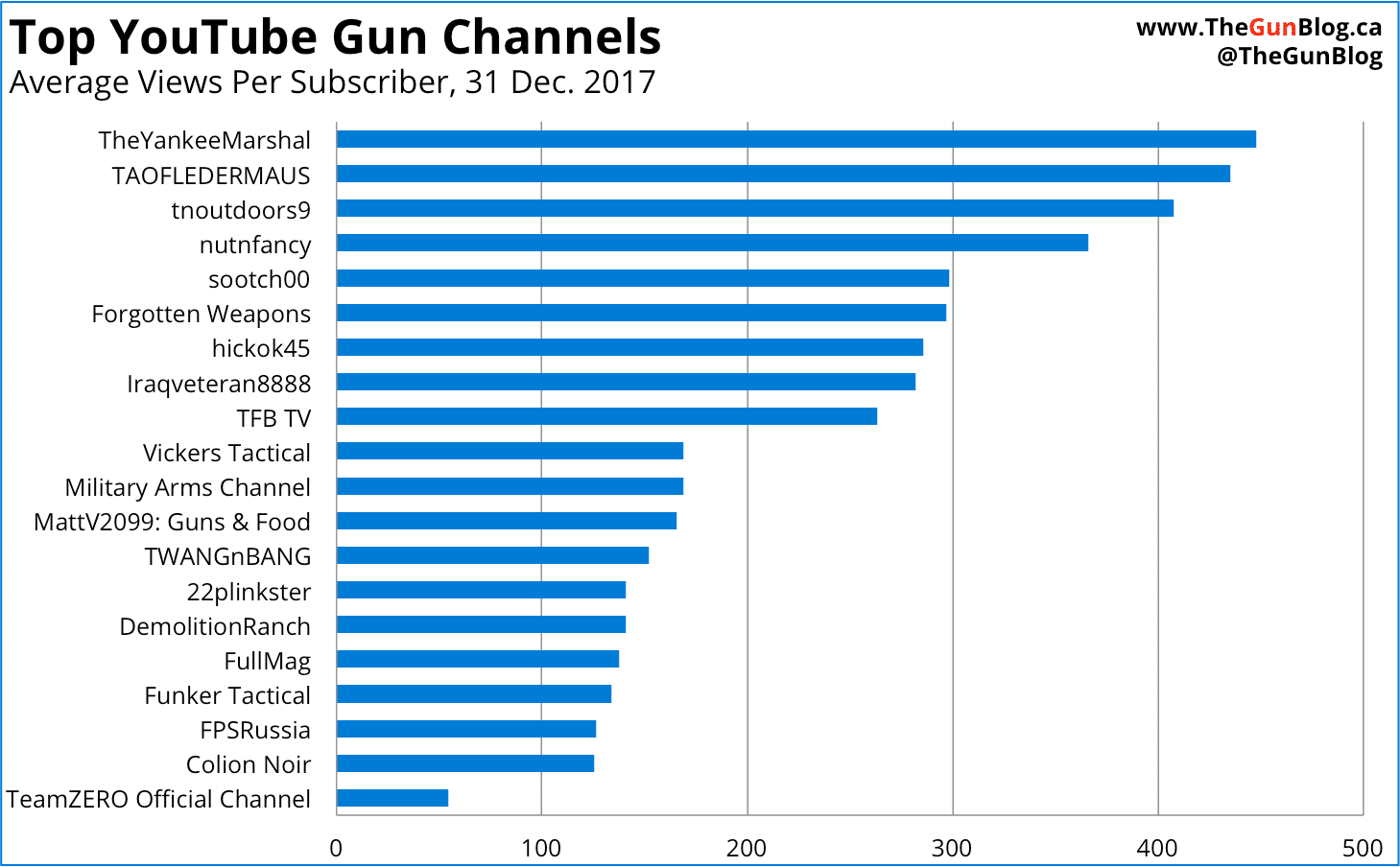 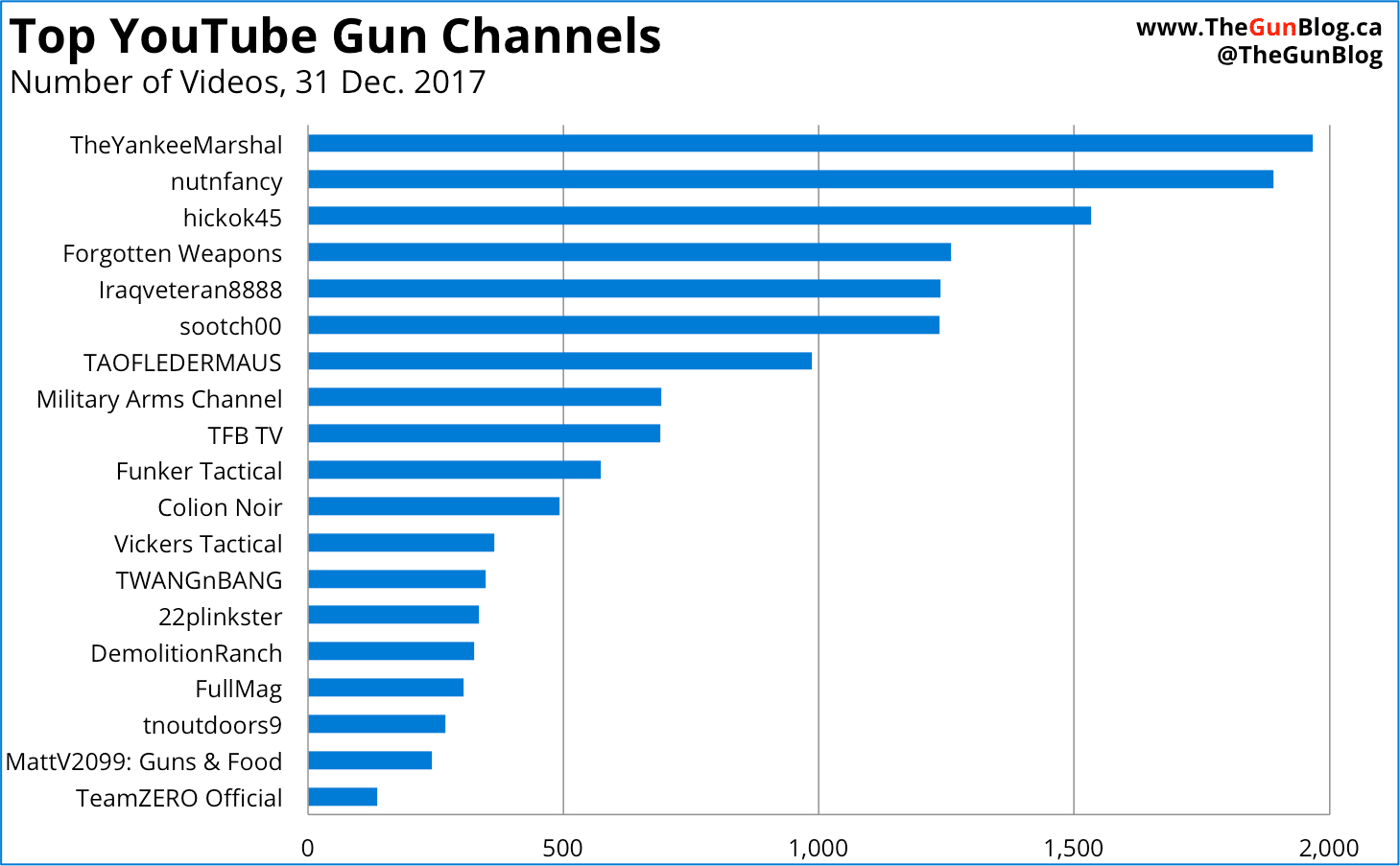 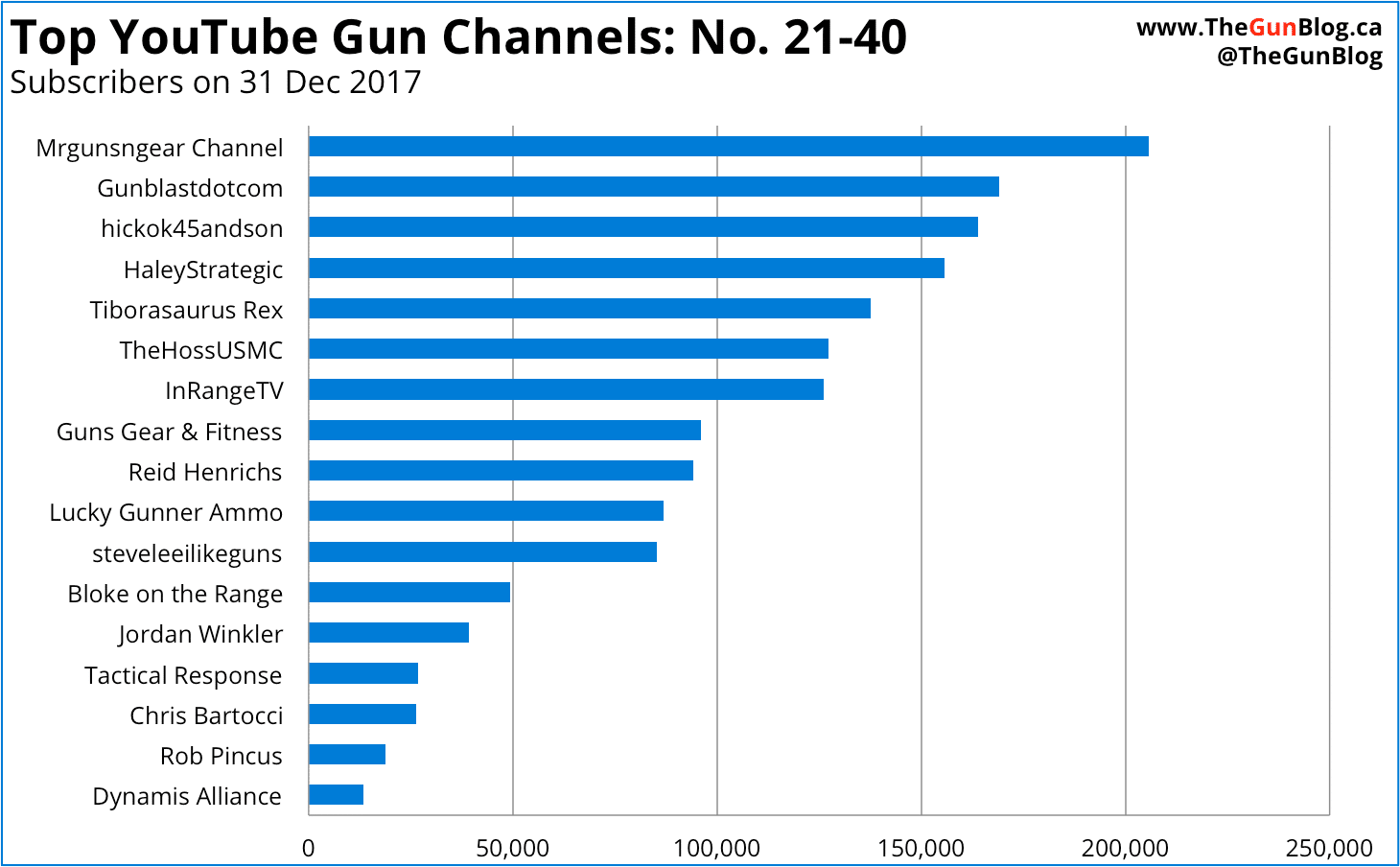 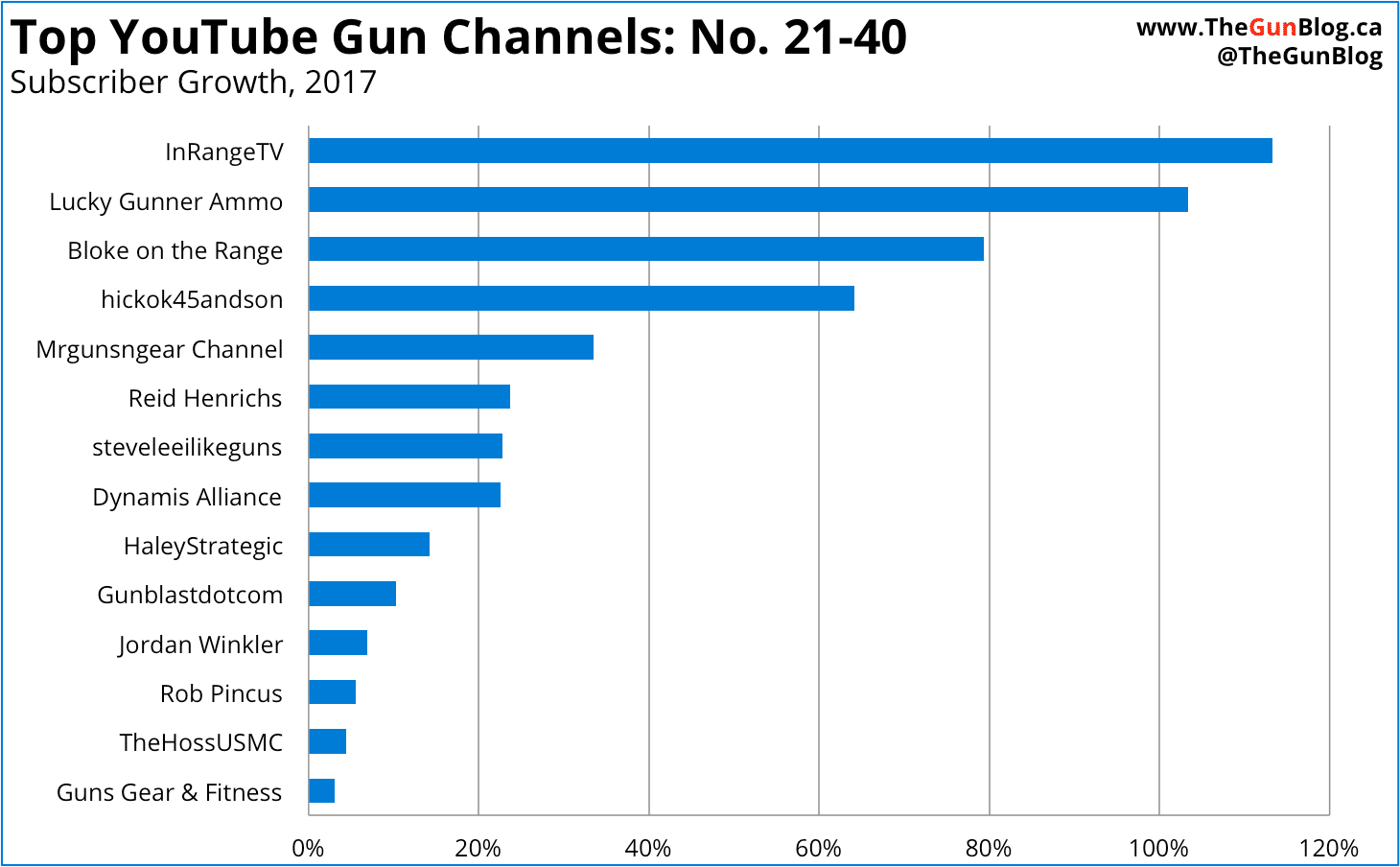