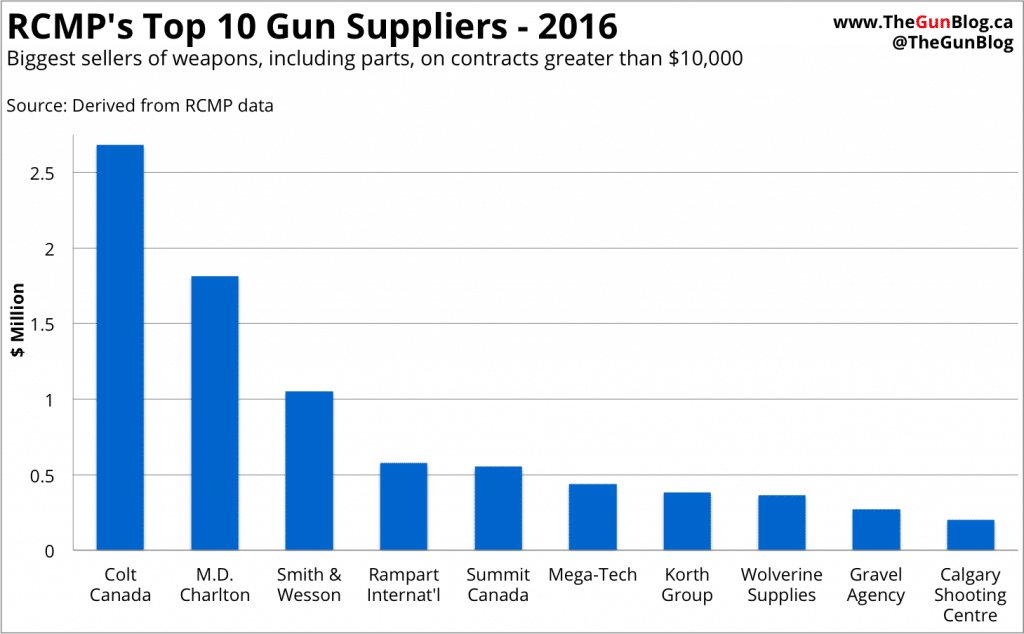 The Royal Canadian Mounted Police bought more than $8.7 million of weapons and parts in 2016, according to calculations by TheGunBlog.ca based on contract reports on the RCMP’s website. The amount includes only orders exceeding $10,000.

The federal police purchased $2.7 million in firearms from Kitchener, Ontario-based Colt Canada and $1.8 million in guns from Victoria, British Columbia-based M.D. Charlton, out of 21 weapons suppliers listed in the reports.

The top-two vendors accounted for more sales than all the other contractors combined.

The reports also showed that the RCMP bought $7.9 million of munitions and ammunition, almost all of which was supplied by the Canadian subsidiary of General Dynamics Corp. of the U.S.