(Update Dec. 18: Adds that lead researcher disagreed with this article.)

TheGunBlog.ca — Canadian Prime Minister Justin Trudeau and other activists hostile to hunters, farmers and sport shooters never cite any evidence linking gun laws to safety for a very simple reason: There isn’t any.

Researchers at Western University in Ontario couldn’t find a single scientific report showing improved safety from Canada’s firearm laws after having analyzed every study they could find between 2000 and 2018.

The lead author disagreed with this summary by TheGunBlog.ca.

The literature survey by Lorna Ferguson and Jacek Koziarski, Ph.D. students in Western’s sociology department, comes at a critical time.

They published it in October, less than two weeks before Trudeau was elected promising to criminalize hundreds of thousands of honest firearm owners unless they surrendered their gear. 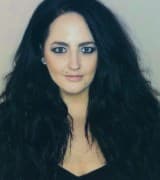 The informal report analyzed studies into restrictions on gun ownership in general, not only the types of mass prohibitions and confiscations sought by Trudeau against lawful and legitimate firearm users.

Let's start the conversation about firearms in Canada‼️@Jacek_Koziarski & I conducted a systematic scoping review of all Canadian empirical, peer-reviewed firearms research from 2000-2018. This thread highlights our main findings.

“Notably, certain information highlighted in this paper, such as an increase in firearm-related violence, contradicts the suggestion that policy restricting firearm ownership may be the answer to curtail firearm-related harms,” the authors said in their paper. “This is because many firearms used in these scenarios are already heavily restricted and/or banned, but yet these incidents still occur, nonetheless.”

Translation: The law already bans Bad Guys from having guns, but it’s irrelevant because Bad Guys don’t obey the law. So new laws won’t make any difference to personal or public safety.

Update Dec. 18: “This entire blog is framed contrary to our research report,” Ferguson said on Twitter in reply to TheGunBlog.ca. “We state very clearly that there is no research on the matter, not that legislation doesn’t effect safety. Two sentences on this and an entire blog writing the opposite. What a disservice.”

Guns Are More Canadian Than Hockey

Hunting and sport shooting are at the heart of Canadian culture, heritage and tradition.

Trudeau promised the biggest mass gun confiscations of almost any democracy in history in the Oct. 21 election.

The research findings mean he will need to break at least one campaign promise.

Dennis Young, an independent advocate and researcher in Alberta, has also published many government memos and reports showing zero evidence for government claims and plans. Young is a former RCMP officer.

Ferguson is Director of Operations at the Canadian Society of Evidence-Based Policing. Koziarski is affiliated with the group.

Some analysts speculate that education and training have improved safety much more than new laws.

New owners, hunters and target-range members must all demonstrate basic knowledge and proficiency. Clubs and ranges also refuse people unless they demonstrate the shooting community’s values of safety, responsibility and good citizenship.

Ferguson and Koziarski said that, before they wrote their research paper, they “were approached by a Canadian firearms organization that asked us to voluntarily write a report on all Canadian firearms literature to assist with informing their future intervention/prevention strategies.”

Only 34 papers during the 19 years under review passed their selection criteria. The most of any single year was four publications. Three years had zero.

“Overall, much more research is required on firearms in a Canadian context as there are significant gaps in existing literature. Most of it is limited in scope, dated, over-reaching, speculative and lacks concrete findings backed by evidence,” Ferguson tweeted on Oct. 12.

Overall, much more research is required on firearms in a Canadian context as there are significant gaps in existing literature. Most of it is limited in scope, dated, over-reaching, speculative and lacks concrete findings backed by evidence.