‘Where Does This Stop?’ Pistol Champ Harding Responds to Trudeau 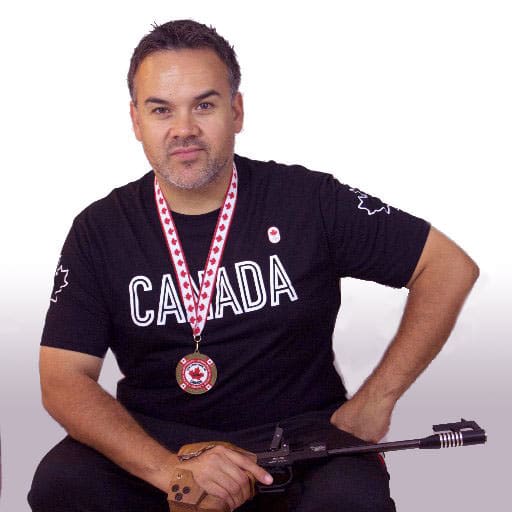 TheGunBlog.ca — Canadian National Pistol Champion Allan Harding is speaking out against Prime Minister Justin Trudeau’s election-campaign threats to jail hundreds of thousands of sport shooters, farmers and hunters unless they surrender their guns.

“More than anything, my concern is: Where does this stop?” Harding, a two-time national gold medalist in 50-metre pistol, told TheGunBlog.ca on Sept. 27 from his home near Vancouver.

The top shooter also pushed back against Trudeau on Twitter in a reply that has 80,000 views.

Federally licensed firearm owners across Canada are appalled and anxious at the mass confiscations, expulsions, or incarcerations Trudeau outlined Sept. 20 if his Liberal Party wins next month’s election.

The politician said he would give owners of hunting and sporting rifles such as the AR-15 two years to turn in their firearms or face jail, accusing them of having “military-style assault rifles.”

He also threatened to expel handgun owners from municipalities and make it a crime to have a pistol or revolver at home.

“The distraction of attacking hunters, sport shooters and farmers doesn’t do anything to stop criminals,” said Harding, who also coaches youth. “It gets frustrating. In Canada there is already a major process to getting a firearm.”

Beyond the threat of prison, Trudeau’s planned crackdown would end athletic careers, kill thousands of jobs and destroy hundreds of millions of dollars in assets.

He’s ready to pay owners $600 million in taxpayer money to buy 250,000 confiscated rifles, but not the ammunition magazines, optics and other gear that become worthless without the gun.

Harding estimates he has invested $80,000 since he began high-level shooting in 2012 on guns, ammo, travel, match fees and related expenses. His eight competition pistols cost $2,500 to $3,000 each.

He uses different guns for 50-metre and 25-metre .22-calibre pistol, and for 10-metre air pistol. He has backups in case of malfunctions, and other firearms that he doesn’t use in matches.

“I’m happy fighting for what makes Canada awesome, our individual rights and freedoms in the greatest country on Earth ❤️🇨🇦,” Harding said by text.

The elite sportsman, who also won his third consecutive gold in 10-metre air pistol in August, replied to Trudeau on Twitter Sept. 26, after the Liberal leader shared a campaign video attacking sport shooters and the Conservative Party:

I’m an athlete that proudly represents 🇨🇦 around the world in shooting sports. I’ve won quota spots for Canada, run youth programs in target sports, have shot at Commonwealth Games, Pan Am Games. Your “stronger gun laws” target me.

I'm an athlete that proudly represents 🇨🇦 around the world in shooting sports. I've won quota spots for Canada, run youth programs in target sports, have shot at Commonwealth Games, Pan Am Games. Your "stronger gun laws" target me. https://t.co/FuonqjLbgU