Ed Burlew: A Gun Ban Means Government Has Lost Trust in the RCMP

TheGunBlog.ca — Edward Burlew, a leading Canadian firearm lawyer, said any new gun bans by the government would mean it had lost confidence in the federal police’s ability to manage gun safety.

He made the comment in a series of points by e-mail on Dec. 9 after the Royal Canadian Mounted Police published its 2017 Commissioner of Firearms report. 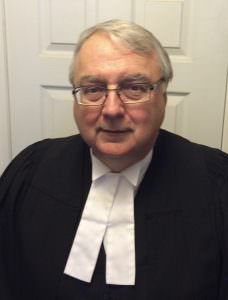 The RCMP manages gun licensing and registration for 2.2 million hunters, farmers, recreational shooters and competitors, including about 600,000 men and women with licences to own handguns, AR-15 rifles and other so-called “Restricted” firearms.

The government is examining a “full ban” on handguns and certain other guns. It’s also planning Bill C-71 as a new law to increase prohibitions and restrictions on federally licensed gun owners.

Burlew, who has defended Ian Thomson and more than 700 other gun owners in courts across Canada in the past 20 years, sent the letter to:

Young shared the e-mail with TheGunBlog.ca with Burlew’s permission and published the letter on his website yesterday.

Burlew, who is based near Toronto, gave TheGunBlog.ca permission to publish the e-mail. It has been lightly edited.

These are the men and women we Canadians have trust in to protect us. We arm them and train them to protect our lives and our rights.

These honoured individuals do not become irresponsible dangers to the safety of Canada when they go home or leave the forces. They have a mindset that is now as good as hardwired to protect Canadians.

Yet their handguns and “Restricted” and even “Prohibited” rifles will be confiscated?

Why are we missing this point? Why is nothing said?

The ban would mean that the RCMP has been negligent and inadequate in providing training and vetting of the hundreds of thousands of presently licensed owners of registered handguns and “Restricted” and “Prohibited” rifles. This is a terrible black mark on the reputation of the RCMP.

In plain words, “Parliament has lost confidence in the RCMP’s ability to manage the firearms safety of Canada.”

If this danger is “real” and present, the RCMP should “Act Now.” The RCMP must begin confiscation today.

The confiscation has been going on for years. Yes, decades.

In the Criminal Code there are specific provisions in Sections 111 and 117. The police are today empowered to enter any place of a person who is unsafe and a threat of violence to themselves or others and search for and take their firearms, ammo, explosives and crossbows, with or without a warrant. Under Section 111 this can be done to anyone who is not even a gun owner. Actually, Section 117 does not require the person being searched and against whom the prohibition order is sought to be a gun owner.

This is used daily.

I have represented at least 100 licensed gun owners in these hearings. In fact I represented 20 so far this year. I have a two-day hearing set his week on one, and five pending with trial dates.

This tool is used, yet ignored in the political discussion.

The police can right now remove the guns from licensed and unlicensed individuals who are thought to be a risk of danger to themselves and others.

The RCMP and the Chief Firearms Officers (CFO) can right now revoke the licences of those licensed individuals who are thought to be unsafe and thus ineligible to continue to own or possess firearms.

This too will be stronger under C-71.

I have many many clients and others who are presently under licence review by the CFO. This means the CFO investigates and then revokes the licence if the person is a danger to him/her self or others. This can be done by a letter from the CFO.

Can You understand? A SIMPLE LETTER!

No need for political debate, no grandstanding for votes.

The Prime Minister can just mandate to the RCMP who run the CFO offices (The CFO is the office who actually approves and issues the firearms licence.) to revoke all the licences of the owners of “Restricted” and “Prohibited” handguns and rifles today. Based on the evidence that their continued possession of the weapons constitutes a present and real danger to Canada.

That means that One letter of mandate by the Prime Minister where that mandate is supported by consistent, verifiable and reliable facts and evidence and several hundred thousand letters of revocation of licences by the CFOs of every Province and Territory can solve the evidence-based safety issue.

Yet why is this not done?

I hope I have raised questions for your consideration.

I am the specialist lawyer who has defended over 700 licensed firearms owners in courts across Canada since I started counting in 1998.

I have practised law 40 years. I can practice law in all provinces and territories of Canada.

I am open to being contacted further on any of these salient issues.