Gun Licences Rise to Record for Second Straight Year in 2016 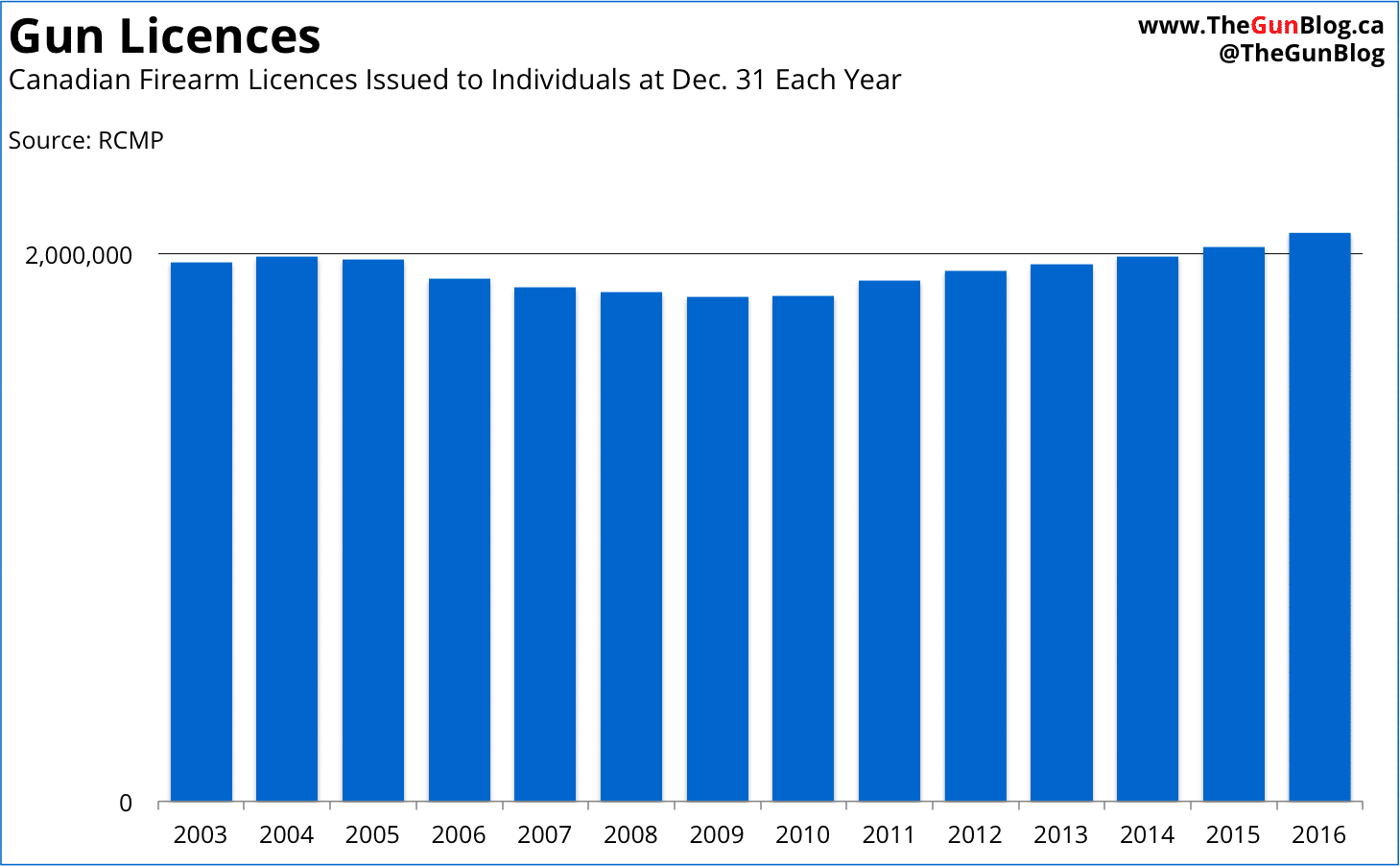 The number of Canadians with gun licences rose to a record in 2016 for the second consecutive year, as men, women and youth sought firearms for fun, sport, hunting and collecting.

Congratulations to every single one, and welcome to the community of shooters and hunters!

Canada had 2,076,840 licences issued to individuals at Dec. 31, the RCMP said today in an e-mailed response to TheGunBlog.ca. That’s the highest year-end level since the current permitting regime took effect in 2001, and compares with 2,026,011 at the end of 2015.

More Data to Make Us Smile