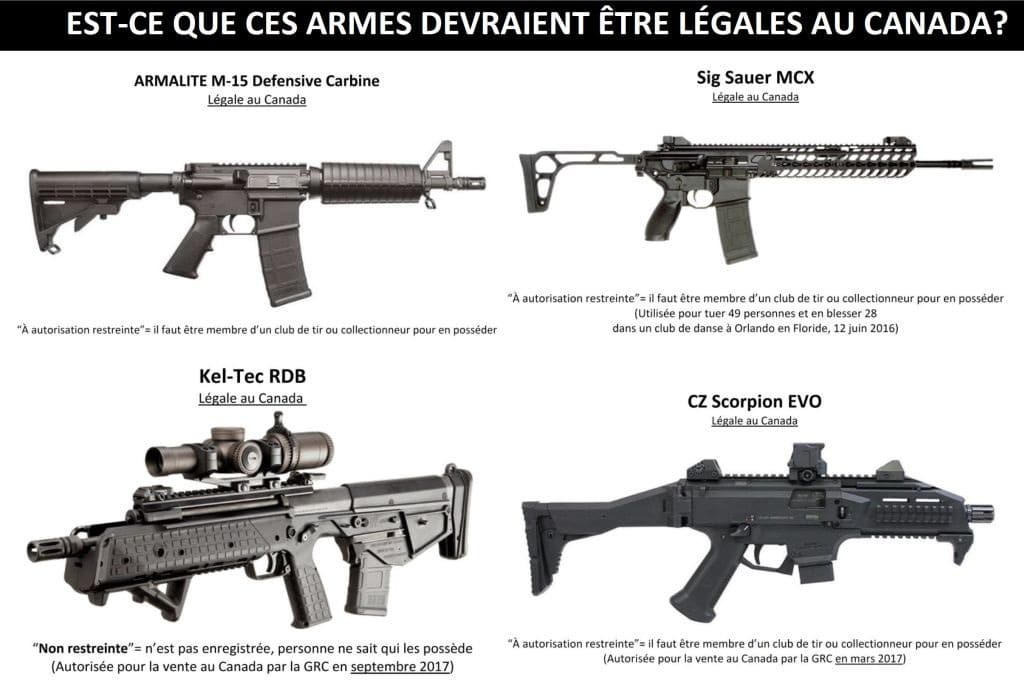 TheGunBlog.ca — PolySeSouvient has raised $2,185 in two days from 14 donors in a GoFundMe.com campaign to help ban many popular semi-automatic rifles in Canada.

The donations ranged from $5 to $500 as of 2:30 p.m. Toronto time today, according to the website for the campaign signed by Heidi Rathjen, a co-founder of the Coalition for Gun Control. The group aims for $4,000 to pay for a survey to promote the prohibition of what PolySeSouvient called “assault weapons” used by mass murderers.

Many of the world’s most popular guns are already banned in Canada. The government is about to propose a new law to further hinder the import, purchase and use of firearms. It’s holding a conference on guns and gangs March 7 in Ottawa amid surging gang violence in several cities including the capital.

Buying and owning firearms legally requires a police-issued licence. To get a basic permit you need to take a mandatory safety course, pass written and practical exams and pass a daily police background check. A more advanced licence to own many semi-auto firearms requires a further course and exams.

More than 2 million men and women have licences and legally, safely and responsibly control more than 10 million rifles, shotguns and handguns. We own more than 52,000 AR-15 rifles and so-called “variants,” iPolitics reported last week.

Even with a licence, most people are prevented from owning automatic firearms or carrying firearms on their person for self-defence. The law serves only to disarm honest people, since criminals disregard the law.

Stabbing exceeded shooting as the preferred method of homicide in 7 of the past 10 years, according to Statistics Canada. Knives, scissors, broken bottles, screwdrivers and other stabbing tools were used in 33 percent of killings in the period, compared with 30 percent for firearms and related objects. Murder using any method is banned.

From the campaign page:

Virtually all the weapons used in the recent mass killings in the United States are legal in Canada.

The Liberal Government has promised to table a gun control bill this spring. However, there is nothing to indicate that a ban on assault weapons will be part of the legislation.

Help us show the federal government that a majority of Canadians are against the private possession of assault weapons for recreational purposes:

Thank you for contributing financially so we can pay for a Canada-wide survey on this issue. A poll would provide us with the concrete numbers we need to prove to politicians that a ban on assault weapons is a popular measure among Canadians.