NRA Annual Meeting in Atlanta, Day One: The NRA Store 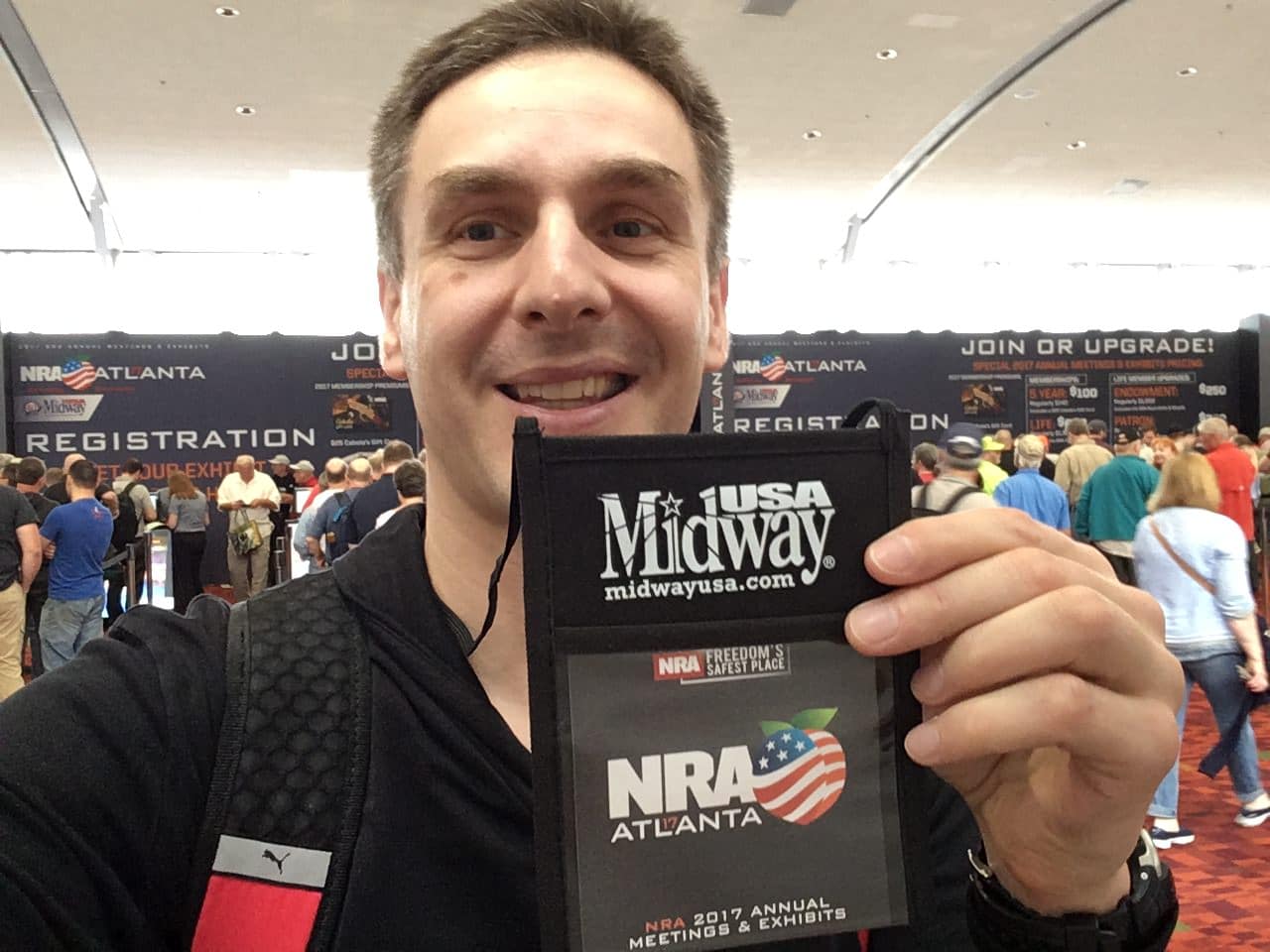 Nicolas Johnson, editor of TheGunBlog.ca, in Atlanta on 27 April 2017.

I arrived in Atlanta today for the annual meeting of the U.S. National Rifle Association, which describes itself as “America’s longest-standing civil rights organization.” As far as I’m aware, the group’s more than 5 million members make it the biggest shooter’s rights association in the world. Some 80,000 people are expected at this year’s gathering, more than SHOT Show.

My favourite part today was the NRA Store, one of the only areas besides Registration that was open. I absolutely don’t need any trinkets or souvenirs in my life. But I want them all! I want the bullet keychain and licence-plate holder and mugs and caps and range bags and flags and cleaning mats and bumper stickers and wind chime made from spent cartridge casings.

The store is fun, like kids in a candy store. Full of grinning, giggling gun geeks playing with the cool, useless junk (mainly), bumping into each other in the aisles and pulling out their credit cards to pay for all the stuff.

Being Canadian, I kept my wallet holstered.

More than the stuff, I appreciate the community. Who’s in that store? Probably some souvenir junkies and hoarders, but also people who want to promote the shooting sports, and most of all, men and women who value some of our most fundamental rights and want to defend them and promote them. They know that many citizens of their country are fighting against those rights.

The trinkets and T-shirts are symbols that say, “Hey, this matters to me, and I want to show it and I want you to see it.” I know it’s ostentatious and commercial.

But dammit, it feels good to unite for a common purpose and celebrate together.

I miss that in Canada.

We do it, but not with the same scale or intensity. (I personally tend to be more reserved.)