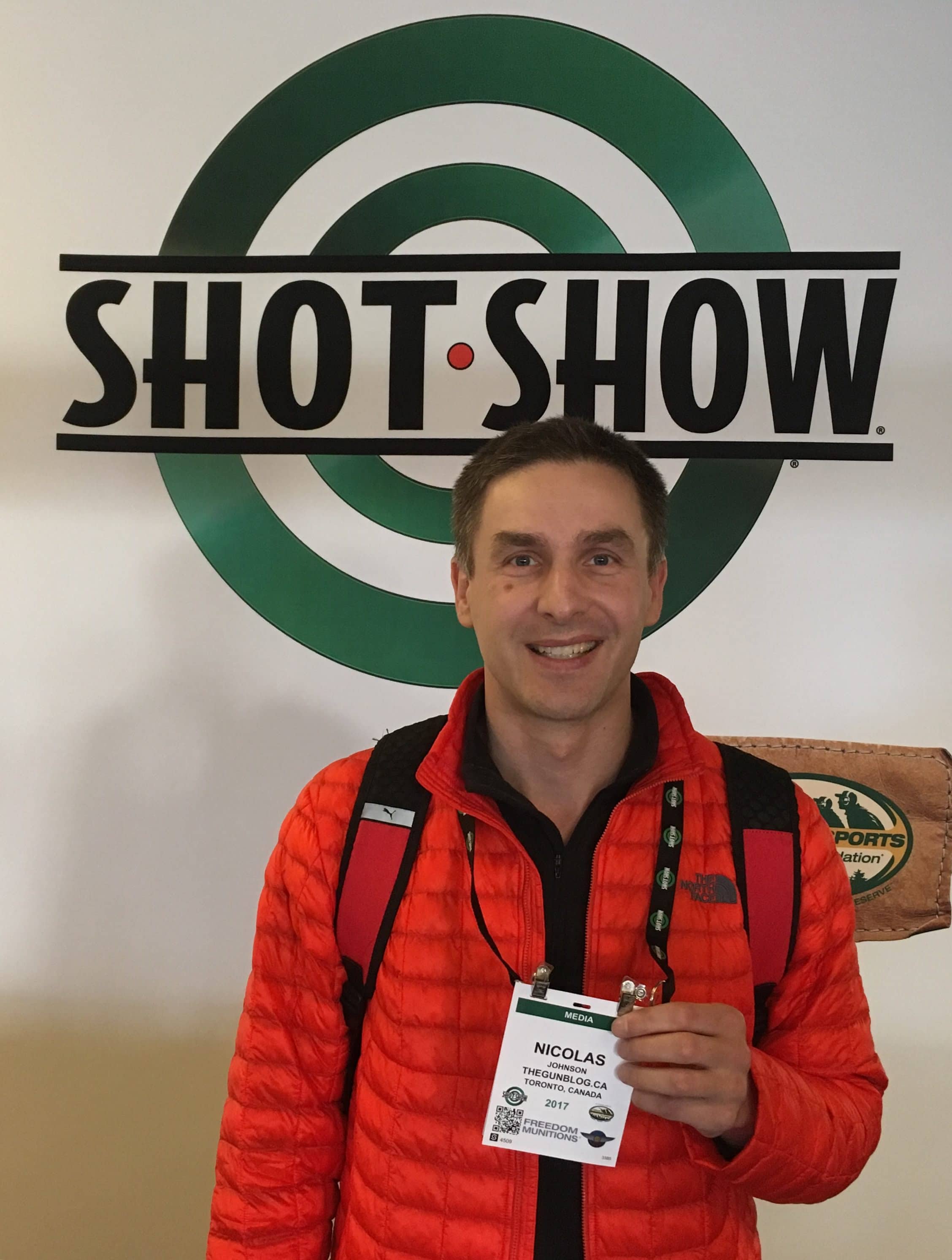 The editor of TheGunBlog.ca armed with his badge for SHOT Show 2017.

I picked up my badge for SHOT Show in Las Vegas today and am now ready for the world’s largest gun show. Attending will be a dream come true and will tick an item on my bucket list.

Simply satisfying the registration criteria was a big deal for TheGunBlog.ca since the event is closed to the general public. I’m excited about the people, guns and gear that I’ll see starting tomorrow morning, and looking forward to the Canadian industry reception hosted by the Canadian Shooting Sports Association (CSSA) and the Canadian Sporting Arms and Ammunition Association (CSAAA).

SHOT Show has become the biggest event of its kind for professionals and media in the shooting, hunting and outdoor trade (SHOT). Manufacturers often use the annual event to present new products. It’s one of the biggest events in Las Vegas, and last year more than 64,000 people attended.