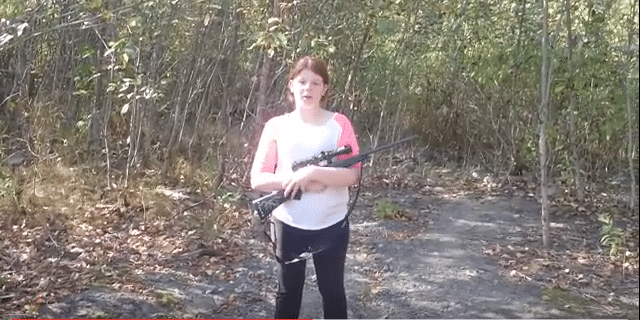 In a world of middle-aged men comes a new voice: 14-year-old Canadian Gun Girl and her YouTube channel.

“I will be showing how young girls — and girls in general — can have fun with guns,” Canadian Gun Girl, a.k.a. Hayley of Chilliwack, British Columbia, said in her inaugural video on Aug. 22. “Guns aren’t just for boys.”

She caught my attention last month after following me on Twitter. Watching her first videos inspired me, and I hope that Canadian Gun Girl will not only help more youngsters to discover the joys of shooting, but that she’ll also inspire more Canadian adults to speak up about the joys of shooting. Most of the gun enthusiasts I know are like me: middle-aged men who keep quiet in public about our guns and what we do with them, largely out of fear of being shunned or harassed by people hostile to firearms and shooters.

Even among those brave adult men with YouTube gun shows, Canadian Gun Girl is a trailblazer as the only 14-year-old girl. (As far as I know.)

“I started liking to shoot guns last year after shooting my dad’s SKS for the first time,” she told me in a Skype interview with her father on Aug. 31. “I just enjoyed it. I asked my dad if I could have a YouTube channel.”

“I thought it was awesome, because you don’t find little girls doing this,” said her father, Jeremy. “You just don’t see it. The fact that she wanted to talk about safety, and talk about guns and promote it to young people, I was ecstatic. It was a great daddy-daughter project.”

Siwash Sports in Chilliwack is sponsoring the channel, which will feature gun reviews, how-to videos and interviews with young shooters, Hayley said. She got her minor’s firearms licence this summer, and after she obtains her hunting licence, she wants to make videos showing how to hunt and gut animals and cook the meat, she said.

Buying and owning firearms legally in Canada requires a licence, and there were 10,323 youth aged 12 to 17 with Minor’s Licences at Dec. 31, 2015, according to the Royal Canadian Mounted Police Commissioner of Firearms report for 2015. A Minor’s Licence allows the holder to use, but not to acquire, firearms. More than 2 million adults had full licences at the end of last year, allowing them to buy and own guns. 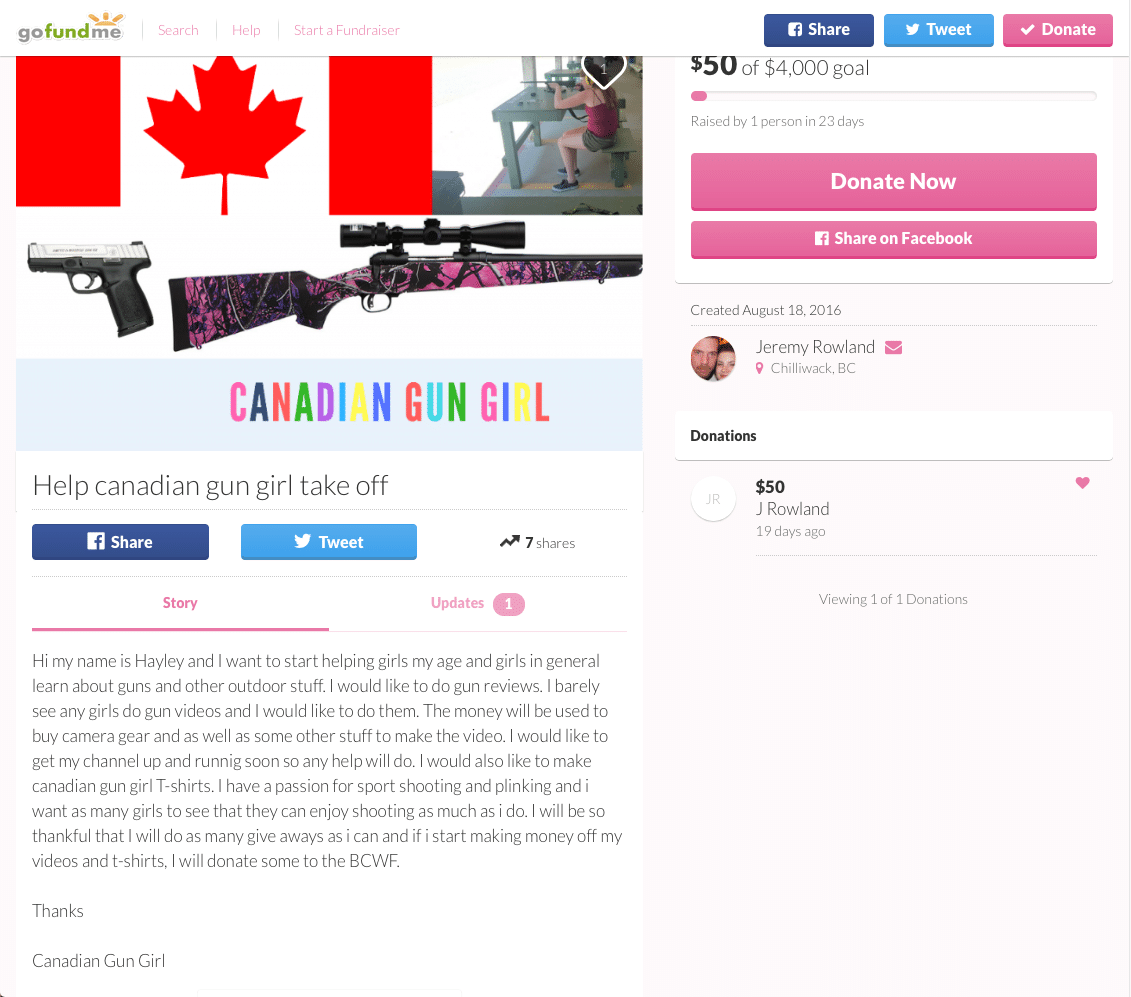 Canadian Gun Girl’s video-production team consists of her father and younger sister. The videos are shaky and can be hard to hear, which isn’t surprising for a team of newbies on a low budget. They’d like to emulate the relaxed, friendly and fun style of hickok45, the host of YouTube’s No. 2 gun channel by subscribers.

“I barely see any girls do gun videos and I would like to do them,” Canadian Gun Girl said on her GoFundMe.com page, where her grandmother is still the only donor. “I have a passion for sport shooting and plinking and I want as many girls to see that they can enjoy shooting as much as I do.”