Provinces are ramping up opposition to the federal government’s crackdown on hunters, farmers and sport shooters. 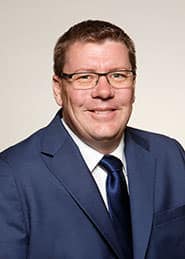 TheGunBlog.ca — Saskatchewan will name its own Chief Firearms Officer, ending the federal appointee as provinces ramp up opposition to Prime Minister Justin Trudeau’s attacks against gun owners and stores.

“Our government will always stand beside law-abiding Saskatchewan firearms owners,” Premier Scott Moe said yesterday on Twitter. “A provincially-appointed Chief Firearms Officer will be well-positioned to represent Saskatchewan’s position on firearm regulations to the federal government.”

Our government will always stand beside law-abiding Saskatchewan firearms owners.

A provincially-appointed Chief Firearms Officer will be well-positioned to represent Saskatchewan’s position on firearm regulations to the federal government.https://t.co/sHj0PbcuFI

Moe and the premiers of Alberta and Ontario are among the most-powerful opponents of Trudeau’s assaults on federally licensed firearm users.

Trudeau’s May 1 confiscation order, drafted in secret with the federal police, threatens owners with jail unless they surrender their newly banned rifles and shotguns within two years.

His next target is handgun owners.

Saskatchewan, with one of the highest rates of gun ownership in Canada, will join five provinces that already hire their own CFO.

“While this position does not have the ability to change federal laws or regulations, a provincially-appointed Chief Firearms Officer would best be able to articulate Saskatchewan’s concerns to the federal government on these issues while also respectfully engaging with the Saskatchewan firearms community,” Corrections and Policing Minister Christine Tell said in a statement yesterday.

More than 12% of Saskatchewan adults have a firearm Possession and Acquisition Licence (PAL) required to buy, sell, own or travel with any rifle, shotgun or handgun.

Over 2.2 million Canadians have a licence, more than play golf or hockey.

Millions more family and friends of all ages also hunt and shoot safely and responsibly without a permit.

At least three groups have filed lawsuits to block Trudeau from executing his confiscations, representing one of the biggest attacks against honest citizens by any democracy in history.

Tell is evaluating “all other potential options to protect law-abiding firearm owners, including those potentially available through legal avenues,” the Saskatoon StarPhoenix said yesterday, quoting the minister.

“We do not endorse the banning of firearms here in the province,” Moe told reporters Sept. 12, 2018, the StarPhoenix reported at the time.