The WS-MCR is a Multi Caliber Rifle. I like the original AR180 concept, so we went back to her and started fresh.
…
We plan on ordering the vast majority of WS-MCR rifles in calibre 5.56 NATO, a few will be available in .224 Valkyrie and I expect rifles in 7.62 x 39 to follow in a few weeks. All calibers will be using AR15 type magazines.

Owners who don’t participate in the forced surrender could face jail.

Hipwell and Wolverine, one of Canada’s largest gun distributors and retailers, are among Canada’s most-powerful forces for the shooting community and firearm industry.

He was awarded the Lifetime Achievement Award by Code of Arms TV at last year’s TACCOM, the Tactical & Competitive Shooting Sports Show. 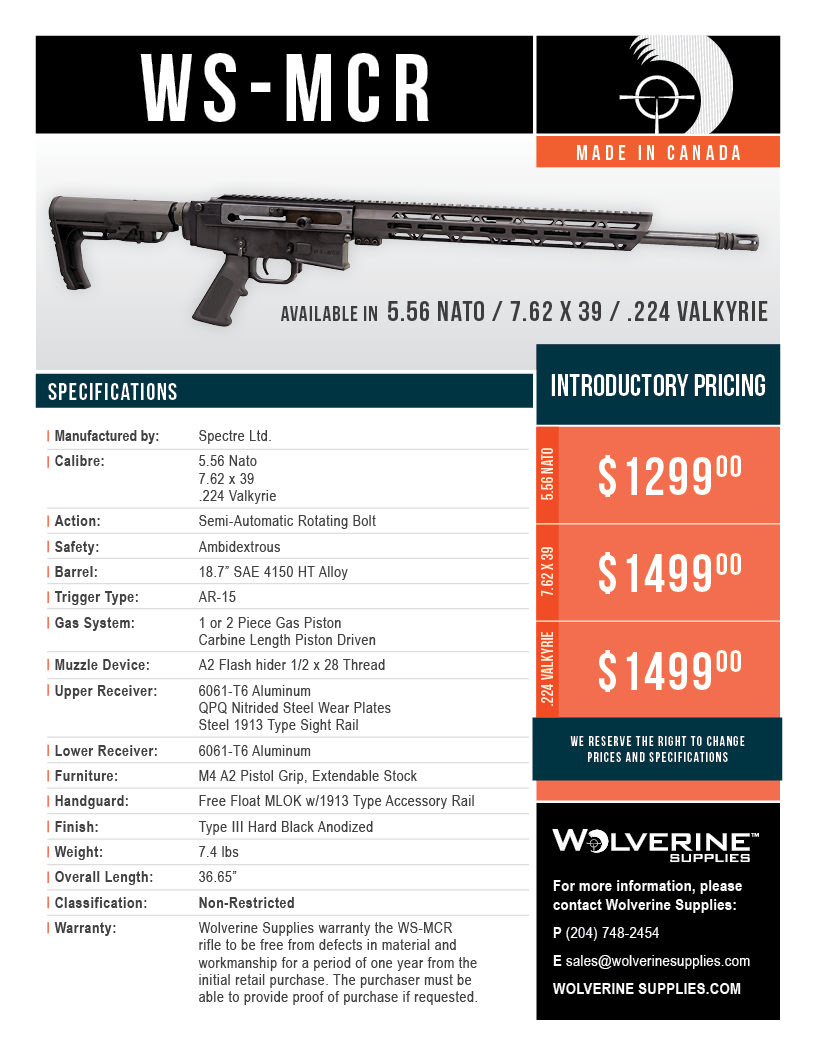