TheGunBlog.ca — The Canadian University Shooting Federation has added two shooting clubs as members this year, expanding to six clubs and about 250 students.

Lethbridge College in Alberta joined in January, and University of Saskatchewan joined this month.

Following is an interview with David Fahlman, the president of the CUSF. We spoke by e-mail last month with an update today. TheGunBlog.ca added the links.

Congratulations on Lethbridge and University of Saskatchewan joining you. What does it take to start a club?
All it takes is support from other students! University Student Associations, responsible for most of the clubs on campus, generally require 5 to 25 signatures to get a club started. With a little paperwork and the drafting of a constitution which fits university policies (no guns/ammunition on campus, etc.), any club can be approved.

Say a student at a particular university wants to shoot, but doesn’t have a campus club. What can they do?
Students are free to join our programs as independents, provided that they provide proof of student status at the time of competition. However we strongly encourage them to start a club as this can connect them to their fellow sport shooters on campus, and help bring down the cost of competing. We provide support and resources through coaching, funding and experience. We stress that it is less intimidating to start a club than it seems, and the universities have been very supportive of our current clubs! 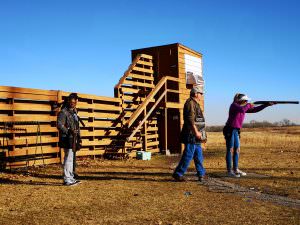 Do you need a firearm Possession and Acquisition Licence (PAL) to join? Do people need their own guns, or do you rent or lend gear?
You do not need a PAL or guns to join, however it is the student’s own responsibility to find access to equipment. While we do not rent gear, often ranges and other members will lend and share their equipment. Not having gear is not an issue generally, however not having a PAL is more of an issue in terms of safety training and legal requirements, such as not being allowed to shoot alone.

Do you organize introductory shoots for complete beginners, or help them get a PAL?
CUSF functions as a sports league first with a focus on tournaments and programs for competitive shooters. However we support and encourage clubs to foster community partnerships and help make licensing easier and more affordable for members.

The associations will often run range days either open to any interested student, or in partnership with other campus clubs, which range from law society to outdoors clubs. These events provide an important opportunity to educate fellow students on firearms safety and laws, in addition to clearing up a lot of the stigma and misconceptions involved with gun ownership. Many of the current clubs do run PAL and RPAL licensing events.

What are the advantages of being part of the CUSF?
CUSF provides a framework and focus for sport shooting at post-secondary institutions. We work with many of the provincial and national sporting organizations to give the club a legitimate league to be part of. By becoming an associated club, we will support their presence and right to be on campus, provide competitive programs to challenge shooters, and liaison with local coaches and groups in the community. Additionally we provide a support network of current and past firearms association leaders who can assist and advise on various aspects related to being an on-campus sport shooting organization. 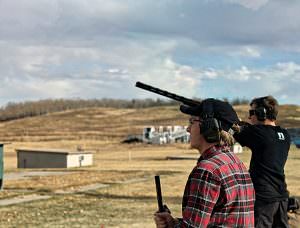 How much does it cost an individual or club to be a member?
New clubs have free membership for their first year, while existing clubs are charged a small yearly fee to be a part of the organization.

How many members/shooters do you have total across the six clubs now?
In terms of active membership it is probably close to 250.

What programs and events are you planning?
We have our inaugural Trap and Skeet competition planned for the last 10 days of March. It is a satellite competition, meaning the students shoot the targets at their local range and submit the scores to our head referee. The birds are registered targets and do count for NSSA and ATA points.

Our other program is the Smallbore Postal competition. This provides a way to shoot .22’s competitively with other students across Canada in a cheap and meaningful manner. Each shooter registers through our program with the Dominion of Canada Rifle Association (DCRA), who then sends the students a validation sticker. The competitors have until a set date to shoot as many practice targets as they like, and then shoot a target with the sticker attached. The target with sticker is then sent back to be scored and a winner declared! 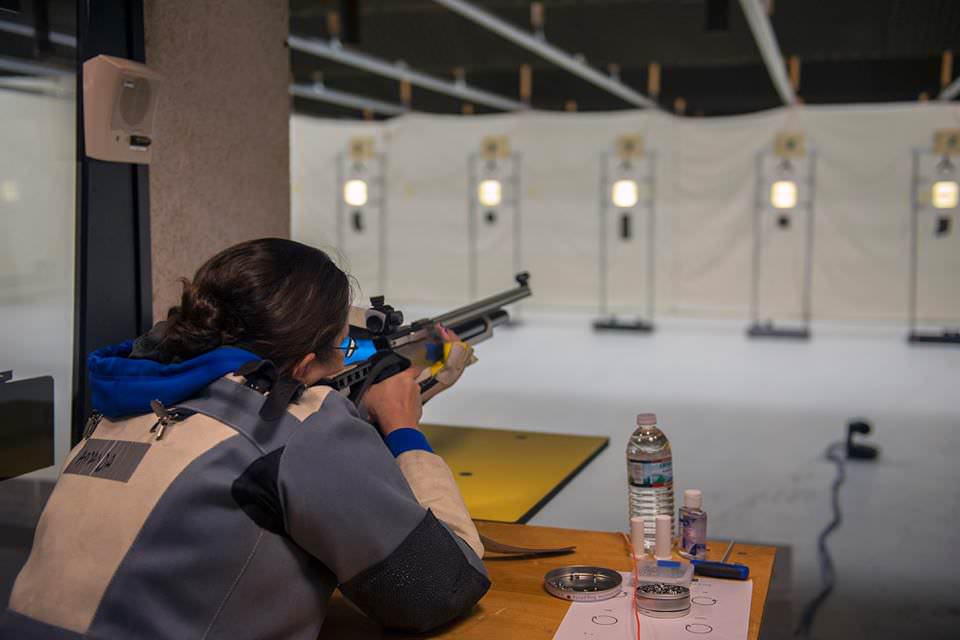 Are you getting any institutional support from the schools or student governments … or anything else?
Yes. We have support from both the school administration and student governments at all of our current clubs. We have partnered with numerous provincial and national shooting organizations as well as some businesses, the list is kept up to date here: cusf.ca/partners and cusf.ca/sponsors.

How can the firearm community support you, either with promotion or funding, or whatever?
Donations and sponsorship, either individual or institutional, go 100 percent to supporting student groups through running programs and grants to new clubs. People can spread awareness of our group, which helps more students get the knowledge and inspiration to start their own clubs. This is what we need the most help in: finding students across Canada who are willing to put in the work towards starting a team.

How did you get involved in CUSF?
I had formed Carleton’s shotgun team, and was looking for competition beyond fellow students. Everyone enjoys a good rivalry, and CUSF started in 2017 as an idea to have inter-university competition with the Calgary guys. We formally incorporated in early 2018 and from there I took on the role of president as I was keen to stay involved in the shooting sports after graduation! (I graduated from Carleton in August 2018.)

What do you like to shoot?
Trap and Skeet competitively, but I shoot a bit of everything from pistols to old service rifles (my favourite) in my spare time.

How did you get into shooting in the first place?
My uncle is a farmer, so I was exposed to guns and shooting from a young age. However I only started shooting consistently with a friends Dad when I was in junior high, and got my PAL shortly after. From there more and more friends caught the bug, and it has turned into a social (and expensive) hobby!

What have been your biggest challenges with CUSF?
Our biggest challenge has been finding individuals and institutions with the time and motivation to help further our goals. Being a fairly new group, persistence and consistency has been key in connecting with the awesome people that do support us. (Shout out to the Canadian Shooting Sports Association (CSSA) for being a huge supporter from Day One, they continue to provide invaluable guidance and support!)

What have been your biggest successes with CUSF?
Utilizing the power of the Internet and social media. Through r/canadaguns on Reddit, and various Facebook groups (CCFR, OPTA, etc.) we have been able to get in contact with close to a dozen individuals who are now in the process of starting groups at their respective universities.

What’s next for CUSF?
We are excited about our growth in the next year, and are working to establish close to a dozen new teams! Longer term, we are looking to be recognized as a registered amateur athletic association and work with the schools’ athletic departments to become a varsity shooting-sports league. Subscribe to our newsletter (see the home page of our website) to keep up to date!