TheGunBlog.ca — Senator Tony Dean led the Canadian Senate debate on Bill C-71 on Oct. 3 in support of the government’s proposed law to further restrict and penalize lawful hunters and sport shooters. Following are the references and links to the statistics he used in his speech. 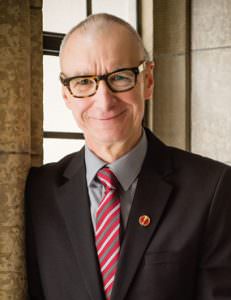 Dean, a senator from Ontario with the Independent Senators Group, provided the quotes, references and additional context and clarifications this week by e-mail in response to questions from TheGunBlog.ca.

Dean is a Distinguished Senior Fellow and former professor at the University of Toronto’s School of Public Policy and Governance. From 2002 to 2008 he was Secretary of the Cabinet and Head of the Ontario Public Service. He has also held posts as deputy minister.

.@SenateCA Debate is under way on Bill C-71 proposing amendments to Canada’s gun regulations. I’m unconvinced by angry letters calling this an attack on law abiding gun owners but a letter today advocating for “concealed carry” of handgun permits is the most worrisome #cdnpoli

You can read the official transcript of Dean’s full speech, followed by the questions and answers.

“Between 2014 and 2016 there was an average of 600 suicides per year in Canada by gun. It turns out to be the most common way to commit suicide in Canada, representing 75 per cent of gun deaths annually.”

You will find a table from Statistics Canada here.

In order to find the data, filter by “cause of death” and select “Intentional self-harm (suicide) by discharge of firearms [X72-X74] https://www150.statcan.gc.ca/t1/tbl1/ [Link is broken. Seeking fix.]

In fact, according to Statistics Canada, 77 per cent of all gun deaths were suicide, 2 per cent higher than referenced in my speech.

You may also find this review of interest. On page 16, the author notes that there is an increased risk of successful suicide if there is a firearm present in the home.

Please note that I have acknowledged in recent correspondence I did make an error in my statement when talking about methods of suicide. Firearms rank third among the major causes of suicide, following asphyxiation and poisonings. If car exhaust fumes and drug related deaths are considered separately from poisonings, firearms related suicides involving firearms would be ranked second.

Statistics Canada reports an average of 597 firearm suicides per year between 2014 and 2016. This is a number, alongside other harms statistics cited in my statement, that I find alarming.

The hospitalization data is cited from the Canadian Institute for Health Information (CIHI), and they have annual data on hospitalizations by cause that I was able to access here:

Using the same five-year reference period (2012-2016) the average number of annual deaths caused by accidental discharge of firearm is 12.6, or 13 people.

“Senator Miville-Dechêne told us that the presence of firearms in a home is one of the key factors predicting mortality in the case of spousal violence.”

“We know from 2016 StatsCan data that nearly 600 women were victims of spousal abuse involving firearms. Think about that, again, in the context of risk of harm.”

Marta Burczycka/Statistics Canada, “Section 3: Police-reported intimate partner violence”, 2016, Table 3.4 : 594 women compared to a 100 men are victims of domestic violence with the use of a firearm.

You can find similar numbers for 2015 from Statistics Canada here.

Firearm deaths where the accused person was a victim’s spouse, common-law partner, boyfriend, or girlfriend, represented 8% of firearm related violent crime in 2017.

Saskatchewan and Manitoba have the highest provincial rates of firearm-related violent crime.

Similar to trends in violent crime in general, Saskatchewan (56 victims per 100,000 population) and Manitoba (48 per 100,000) recorded the highest rates of firearm-related violence among the provinces in 2016.