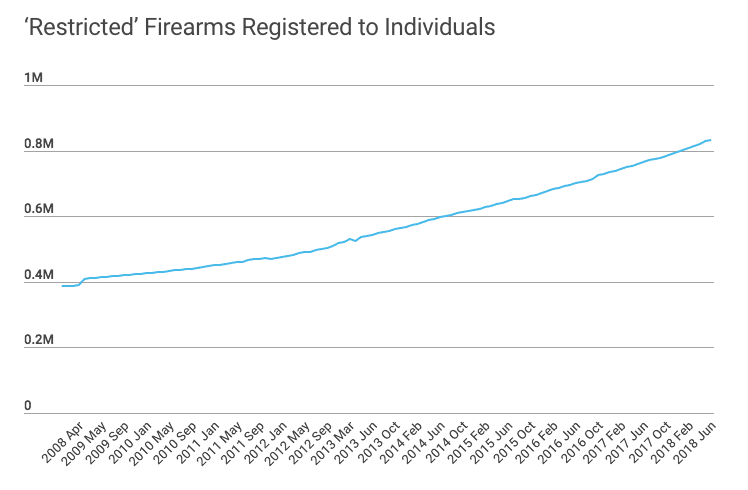 TheGunBlog.ca — The number of so-called “Restricted” handguns and rifles owned by Canadian individuals rose to a record in June after more than five years of uninterrupted monthly increases, as federally licensed gun owners bought semi-automatic pistols and rifles for plinking, recreation and competition.

What Is a ‘Restricted’ Firearm?