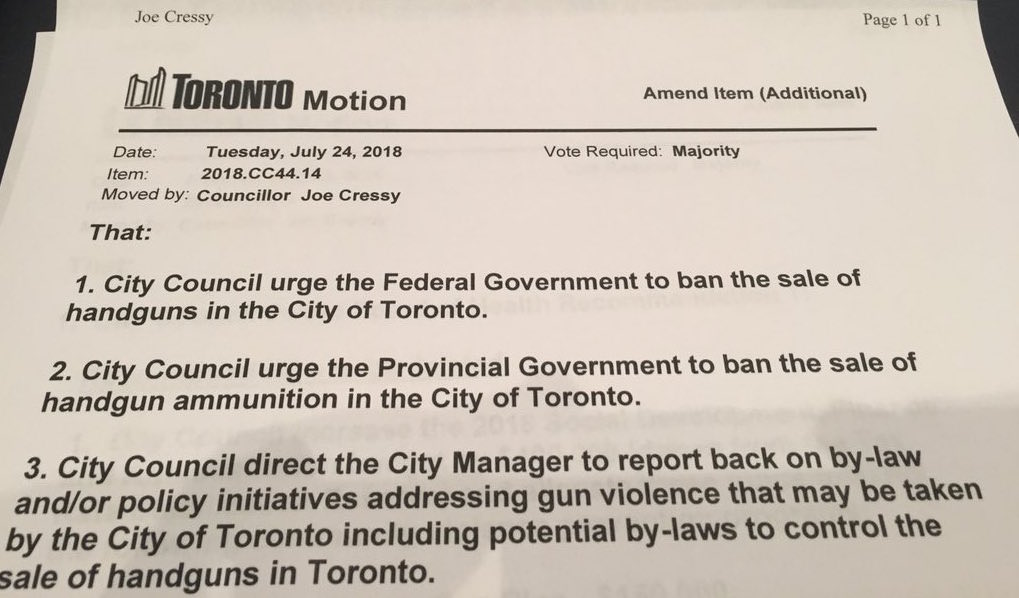 Cressy, whose downtown electoral district includes the University of Toronto, Chinatown and the King Street West entertainment district, submitted the motion to city council today, he said this morning on Twitter.

He wasn’t available for comment when the TheGunBlog.ca contacted his office this afternoon.

Toronto is home to about 100,000 federally licensed hunters, recreational shooters and competitors, more than 5,000 police and thousands of armoured-car guards.

Several other councillors called for handgun bans or suggested they would be favourable, including Janet Davis, Neethan Shan and Ana Bailao.

She mentioned acquiring them and re-purposing them.

Alongside with the proposed $30 million investment into community violence prevention programs, here’s my motion calling on the Province and the Feds to ban the sale of handguns and handgun ammunition in Toronto. pic.twitter.com/ajhRTMWUUB