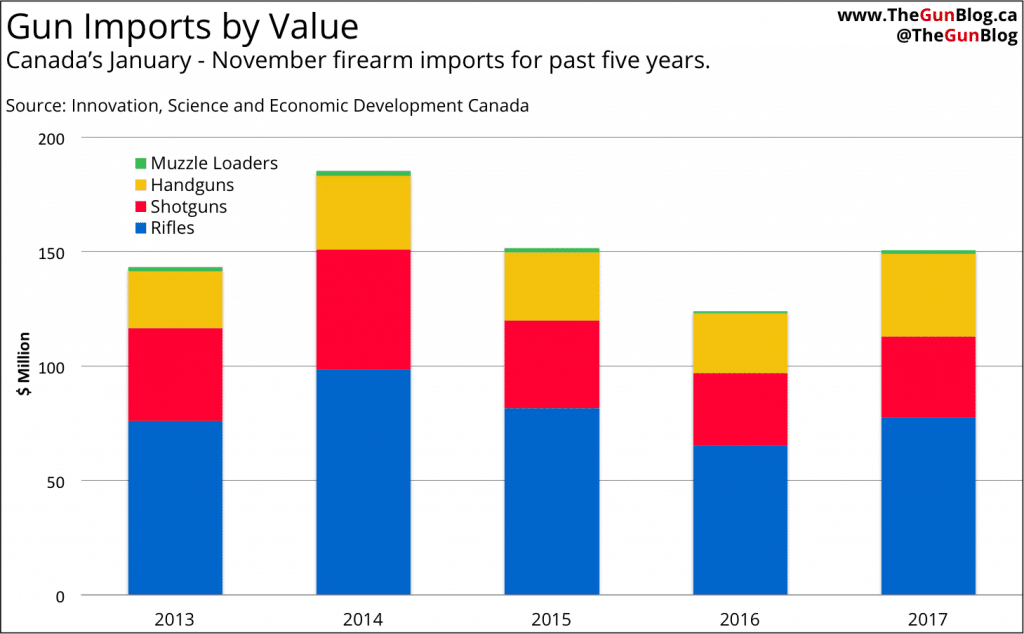 TheGunBlog.ca — Canadian gun imports jumped last year through November after two years of decline. The data were released this month and are the last economic indicators before next week’s annual SHOT Show, where many companies place their biggest purchase orders of the year.

Imports climbed 22 percent to $150.7 million in January through November 2017 from $123.9 million in the same period the year before, according to calculations by TheGunBlog.ca based on Statistics Canada data released on Jan. 5.

The gains were driven by shotguns from Italy, rifles from Finland and China, and handguns from Austria and Turkey. The statistics don’t mention companies or brands.

The increase occurred in what the head of Canada’s main gun-industry group has called “a very fractured year.” Inbound gun shipments surged to a record high in May as companies stocked up before a new import law was to take effect on June 1. Imports then fell for the next six months straight, sinking in November to the lowest level in a year.

The assumption behind using imports as a proxy for the market: Companies only import guns they expect people will buy, or what clients have already ordered. It might take months or years, but (almost) every imported firearm ends up in the hands of a collector, hunter, target shooter, police officer, or other end user.

It typically takes three to six months from when guns are ordered until they arrive, and another month until statistics are published. (Data for November were released Jan. 5.) That means the latest stats are the result of decisions made in the spring and summer, when shops were preparing for the autumn hunting season. They tell us about the industry outlook at the time, not about current expectations.

Even though it’s valuable to look at the monthly data to see what’s happening, it’s important not to read too much into a single month. Gun companies might place one or two orders a year with their suppliers. If several shipments arrive in the same month, it would boost that month’s imports without reflecting an underlying trend. 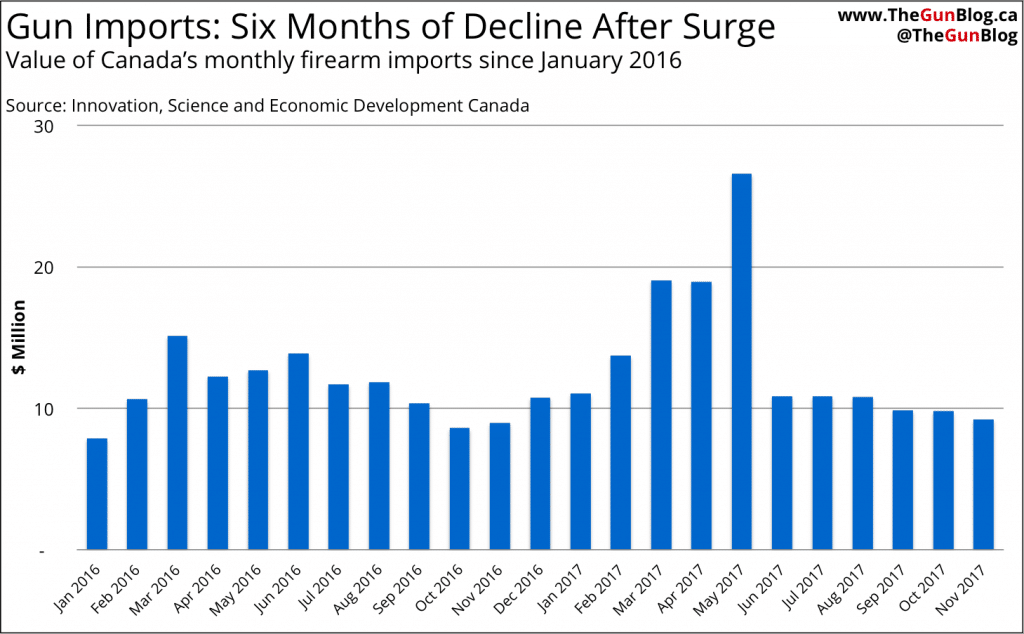