Polytechnique Is Unrelated to Gun Control in Google Search 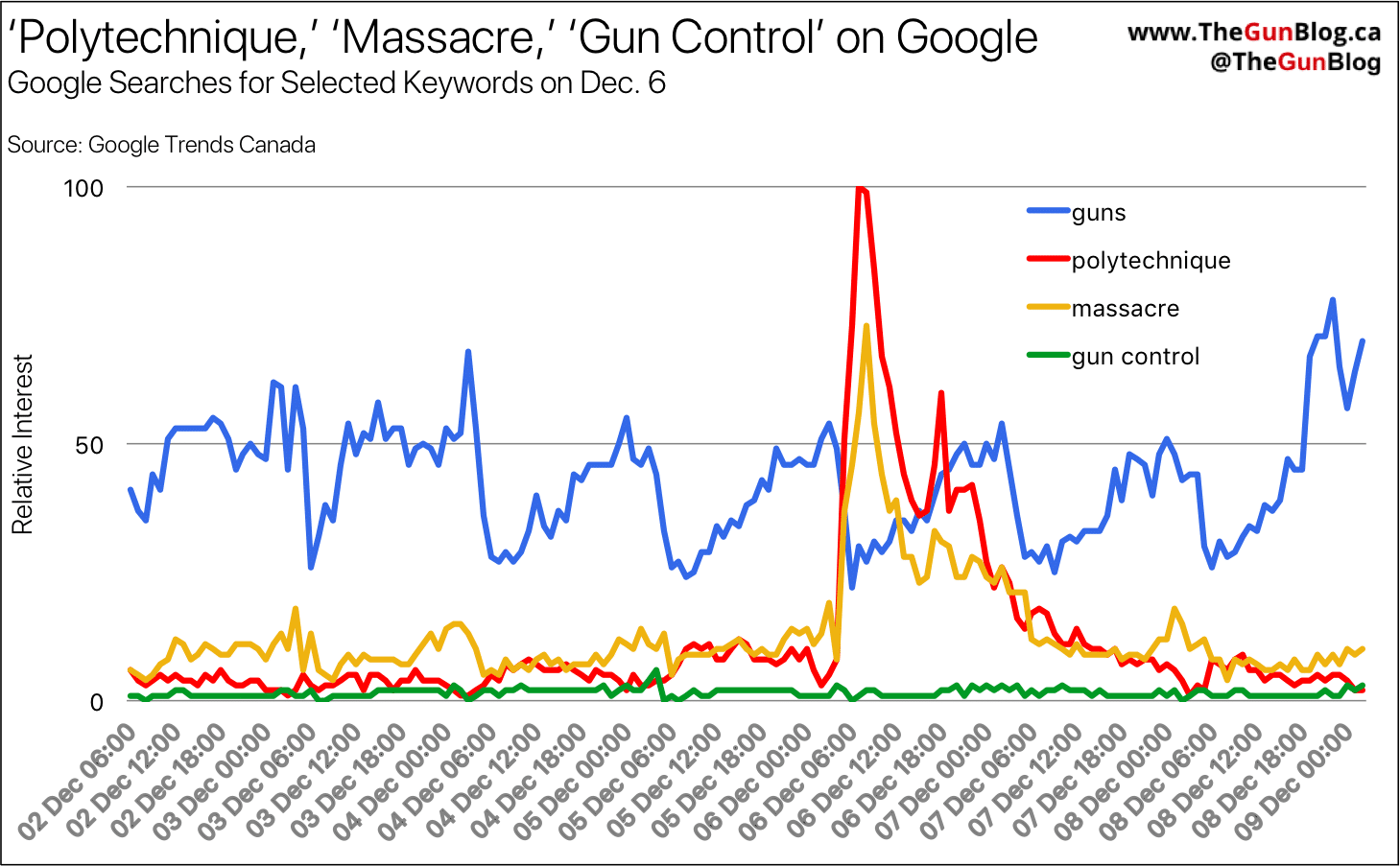 TheGunBlog.ca — Every year, a group uses the anniversary of the Ecole Polytechnique massacre of Dec. 6, 1989, for its anti-gun marketing blitz. While Canadian shooters brace for the annual campaign, an analysis of Google searches suggests most people don’t connect Polytechnique with gun control.

A review of Google Trends Canada for last week shows that searches for “Polytechnique” and “massacre” spiked on the morning of Dec. 6, when many media published articles related to the event. But there wasn’t any increase in searches for “guns,” “firearms” (not shown in the graphic) or “gun control.”

Most of the searches for “Polytechnique” came from Quebec. The massacre, the deadliest shooting in Canadian history, occurred in Montreal.

The absence of correlation in searches for “Polytechnique” and “gun control” doesn’t mean that the Polytechnique Massacre Marketing Team is losing its edge or that the millions of Canadian hunters, farmers, sport shooters and gun collectors can relax. 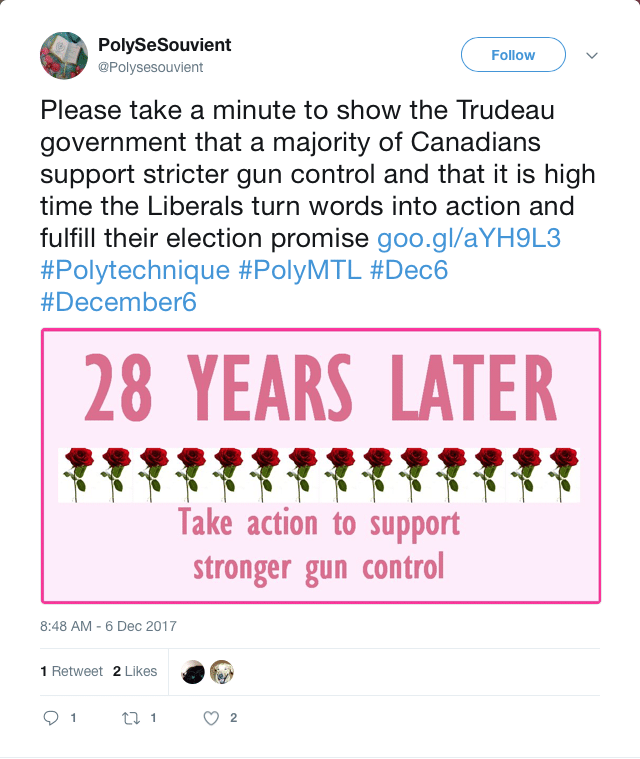 The lobbyists have been successful, and they remain powerful. They helped the government of 1995 pass the Firearms Act, which limits the rights and freedoms of law-abiding Canadians. 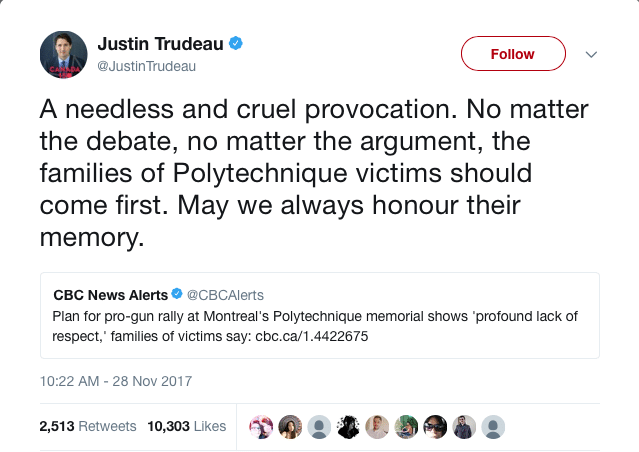 Today, many people in the media and politics, including the current prime minister, are members of the Polytechnique Massacre Marketing Team. They use the rampage and the victims to suppress lawful shooters, our values, our heritage, our activity and our property.

Most Canadians don’t connect the two, or at least not in their Google searches. 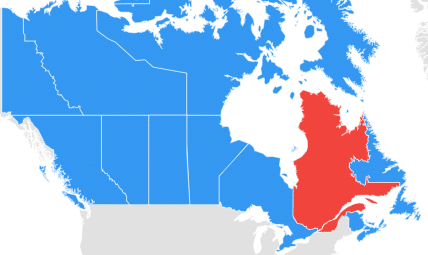 Most Google searches for “Polytechnique” around Dec. 6 come from Quebec. Source: Google Trends.