First Take: Inside Today’s Study of ‘Firearm Injuries’ in Youth 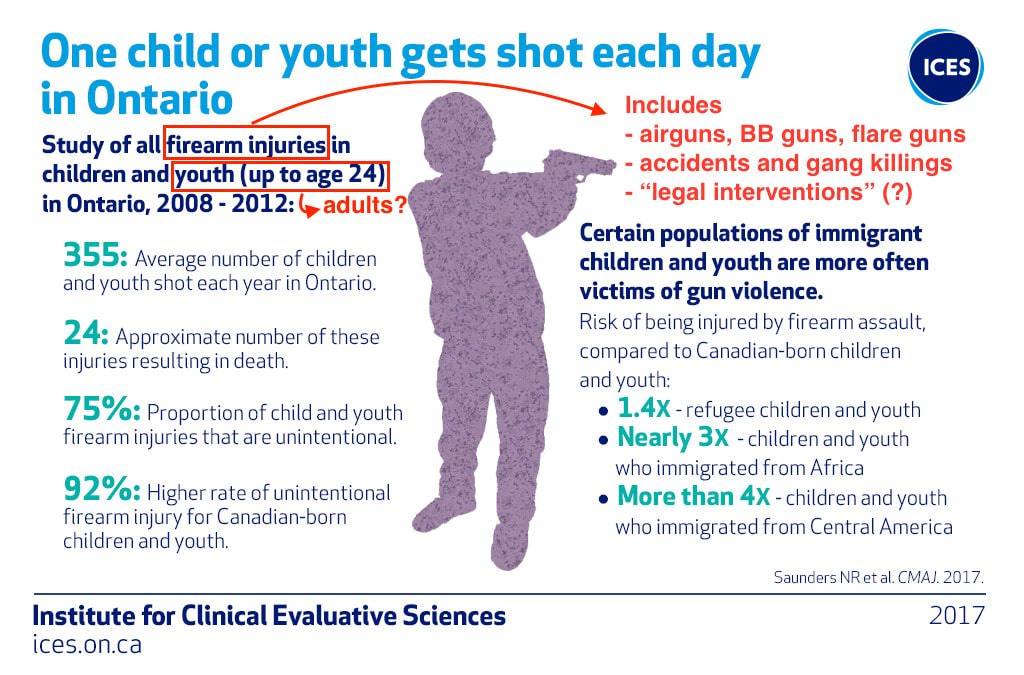 TheGunBlog.ca asks questions on a graphic from Canada’s Institute for Clinical Evaluative Sciences

The Canadian Medical Association Journal released a study today showing that an average of one child and young adult was shot each day in Ontario between 2008 and 2012.

The following is some context based on what we know and what we don’t know. TheGunBlog.ca has requested an interview with the lead researcher.

Special thanks to Daniel Fritter of Calibre magazine for his input, as well as to many followers on Twitter.

What Did the Canadian Medical Association Journal Say?

What Were the Key Findings?

What Is a Firearm?

a firearm is any barrelled weapon from which any shot, bullet, or other missile can be discharged and that is capable of causing serious bodily injury or death to a person.

How Do Projectile Injuries Compare to Other Injuries?

What Else Happened Today?

The Canadian Paediatric Society urges all levels of government to legislate stricter controls on the acquisition, transport, ownership and storage of firearms. To reduce the availability of firearms to youth, the CPS specifically recommends the following: