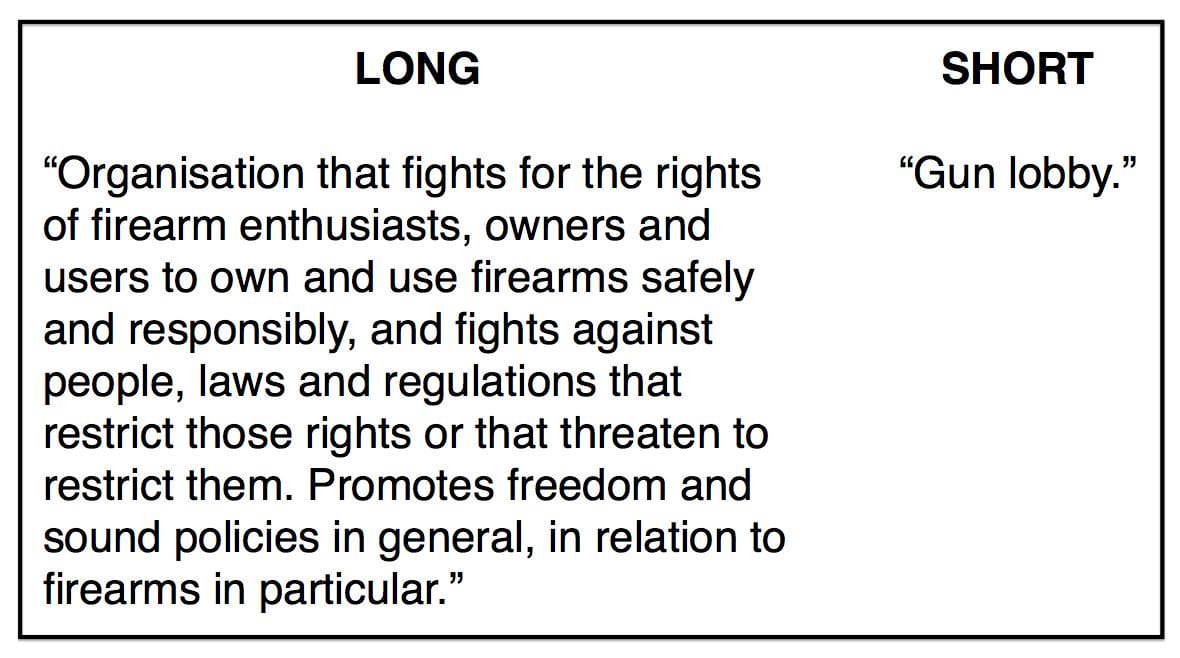 Let’s keep calling the NFA a “gun lobby” for short.

The NFA does advance and defend the interests, rights and freedoms of people. It fights for the rights of firearm enthusiasts, owners and users to own and use firearms safely and responsibly, and it fights against people, laws and regulations that restrict those rights or that threaten to restrict them. The NFA also informs and educates people about these topics.

“The National Firearms Association is Canada’s leader in the quest for fair and practical firearm and property-rights legislation,” the group says on its website.

The NFA focuses on firearms issues in particular, but it works to promote freedom and sound policies in general. The group’s tagline is “In defence of freedom.”

“Canada’s National Firearms Association stands in defence of freedom and the more people that are standing with us, the stronger that defence can be,” NFA President Sheldon Clare says on the website.

The gun community — people who like, enjoy, use, own, buy, and care about firearms — will continue to call the NFA a “gun lobby” for the sake of simplicity and convenience, as TheGunBlog.ca did here. We still need to remember that the NFA isn’t lobbying for guns. It’s lobbying for freedom and rights, and for laws that protect those rights.

The distinction doesn’t matter most of the time, but we need to be precise anytime it does matter, as in parliament, in court, or in technical discussions, especially with our opponents.

The founder and editor of TheGunBlog.ca is a member of the National Firearms Association.