TheGunBlog.ca — Canadian law allows the government to ban guns by a cabinet prohibition order and, if Bill C-71 becomes law, will let cabinet delay confiscation by allowing existing owners to retain their guns, the Ministry of Public Safety said today.

Zarah Malik, a spokeswoman for the ministry in Ottawa, made the comment to TheGunBlog.ca by e-mail in response to questions on the theoretical workings of the current law, including a so-called “Order in Council,” and how a cabinet could prohibit if Bill C-71 passes.

In response to your enquiry, the possession and use of firearms, and firearms classification, are governed by the Firearms Act and the Criminal Code. Amendments to legislation require the approval of both houses of parliament. Through these same statutes, Parliament has given the Governor in Council power to make various regulations, including to prescribe the classification of firearms. This regulation-making function is exercised by Cabinet through orders-in-council.

Speculation the governing Liberal Party is preparing seizures fired up May 9 after Tony Clement, an independent member of parliament, said the Liberals will order a “sweeping gun ban” in early June. He declined to identify the source of his information.

A spokeswoman for Bill Blair, the minister exploring mass gun confiscation, told TheGunBlog.ca at the time that nothing had been decided.

Bill C-71 is in its final stages as a law to simplify gun bans. It will start by prohibiting rifles owned by 10,000 men and women and delay confiscation until they die, if they meet new ownership requirements. 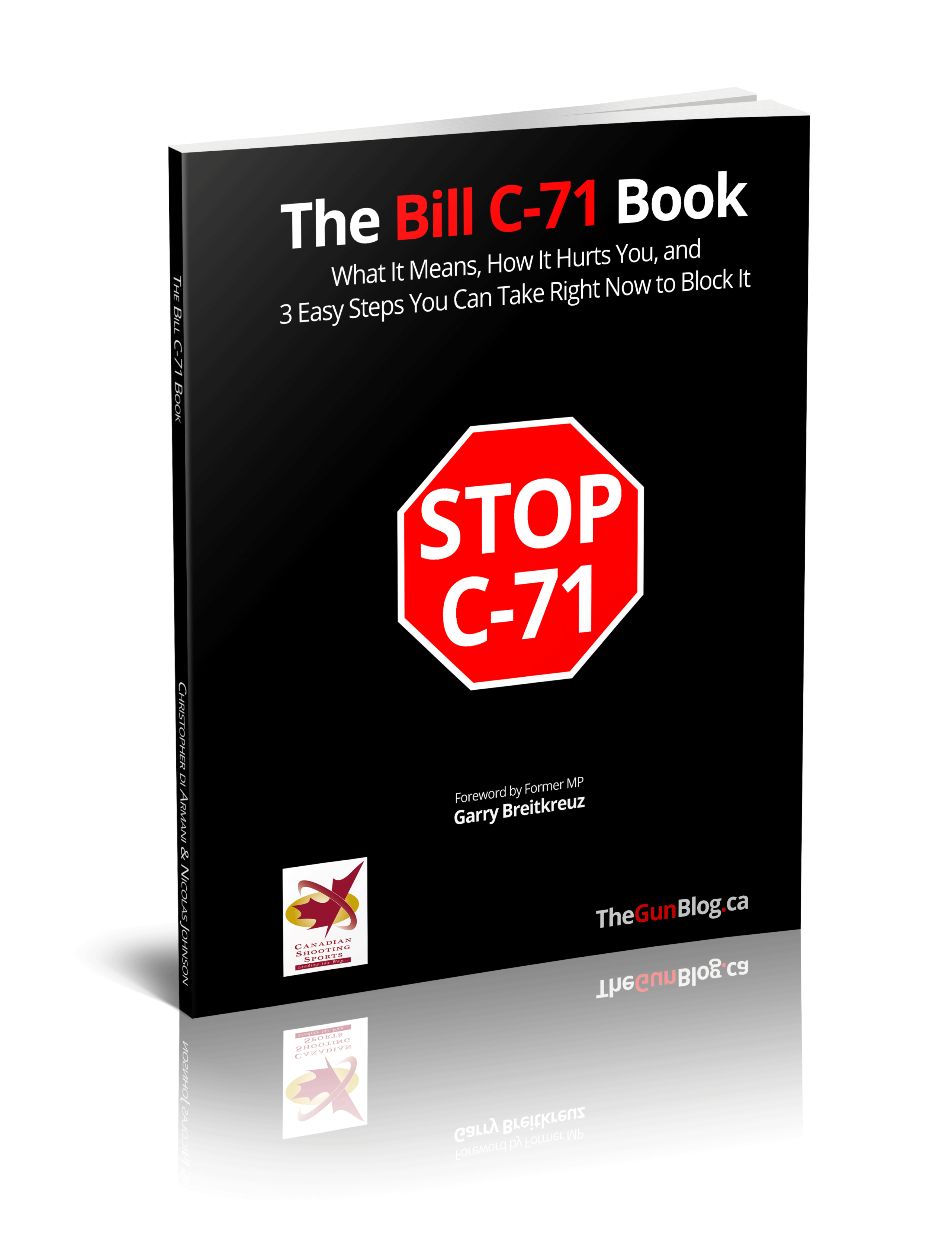