In the following Q&A she shares some of her insights from defending clients against charges related to murder, armed robbery, guns and drugs. 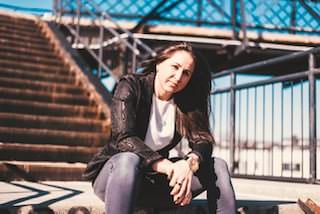 Goldlist runs her own firm, JHG Criminal Law. She is also an active volunteer at the Covenant House shelter, has advised Communities for Zero Violence on legal issues, was a mentor at Grant House addiction-treatment centre, and sat on the board of directors for Street Haven women’s shelter.

TheGunBlog.ca sat down with Goldlist in November, with an update by e-mail last week.

The risk of jail is more appealing than a casket. And for more seasoned repeat offenders, going to jail isn’t necessarily a bad thing since all their friends are there.

What is jail like?
It’s bad. Until you adapt. It’s one of the most violent environments. I knew one guy who watched a guy get beat up because he was brushing his teeth and spit in the sink instead of the toilet. Another guy I represented had PTSD from listening to someone get beaten to death.

In the next cell? Or a common area?
I don’t know — he wasn’t about to go investigate.

What’s wrong with spitting in the sink?
People drink out of the sink or keep food cold.

If you are convicted of robbery with a firearm, you are looking at a mandatory five-year sentence — minimum — living in the most-violent environment you can imagine, living with the worst of the worst.

And then you just get released. And no one wants to hire you. So what options do you have to support yourself? Commit a crime. That’s how kids are getting stuck in the system.

What do you mean?
What employer is hiring someone with a record for armed robbery who was just released from a five- or six-year sentence? Maybe Tim Hortons. But then you get a job at Tim Hortons and someone looks at you a certain way. Maybe you threaten them or invite them to step outside. You’re fired. But that is the automatic response because that is what life was like for the past five or six years.

You have learned to survive by following a set of rules that are completely different from what you and I know.

Maybe the customer was just checking out your shoes or staring absentmindedly at whatever. It was probably nothing. In jail, it’s different and you learn to respond. If you don’t respond, you become a target for violence or extortion.

It’s also why probation doesn’t accomplish anything. It does not provide support for reintegration into the community.

There are no life-skills or job-training programs mandated. It’s just a system of monitoring people. And my clients are not moved to pro-social behaviour by their probation order.

I’ve never had a client say, “I was going to commit a crime, but I was on probation.”

That doesn’t happen. Being on probation isn’t preventing any crime.

So for firearm policy, how do we prevent crime?
We intervene in communities more prone to gang violence. We improve education. We make post-secondary education more accessible and more affordable. We give kids better options than criminal activity.

We also need to stop the flow of illegal guns into Canada from the U.S. and track down legal buyers who were illegally trafficking their guns. It’s basic common sense: if someone is buying a dozen of the exact same gun, and then 6 months later, buying 12 more, maybe the RCMP might consider making a stop at their home to see if their 24 identical guns are there.

I don’t mind when the police stop me to check if I’m drinking and driving.

If the RCMP wants to show up at my door and verify my firearms, I welcome them.

If the RCMP wants to run a background check on firearms owners, I don’t have a problem with that.

From what I’ve been told by Toronto police, they do inspections when they have a concern. I don’t know if I like the idea of random inspections, and I know a lot of guys who don’t.
That’s fine. We can all have different ideas.

I personally would rather have the RCMP knock on my door to see that all of my guns are still in my possession than to have to listen to these ridiculous arguments in favour of a total ban on handguns.

So how do we stop criminals?
We treat “criminal” like it’s a character. It isn’t a character, it’s an activity.

What are the common points of people who do criminal activities or join gangs?
They often come from disadvantaged communities. Some are being raised by a single mom without much money and they have no male guidance. Some are drug addicts. Some suffer from mental-health issues.

People end up in the criminal-justice system for a variety of reasons. Very few of them are intrinsically bad or evil.

How do things go bad?
When it comes to gang activity, it’s pretty simple.

Say a kid – like 10 or 12 or 14 years old — is coming home after school. Alone. Hungry. Maybe mom is a hard-working sole provider doing her best. Maybe she’s an addict. Maybe dad is in jail or is also working long hours trying to make ends meet. The kid is hungry. Maybe he didn’t have lunch because he can’t afford it. No one is helping him with his homework so his teacher is calling him out at school.

On his way home, an older boy with nice clothing and jewellery says to him, “Hey, you see that guy over there? Go over there and give him this package. I’ll give you $40.”

That just became the easiest money they’ve ever made. And they get recognition. They get appreciation. Now they feel a sense of belonging. They don’t have a father, so it’s nice to be around this group of guys. It’s a group. It’s camaraderie. For the first time in their life, they feel valued. They have a purpose.

It’s not about good and evil.

I don’t think that people are born to shoot up malls or parties. They are born into environments that make that a reality of life. And if we don’t start understanding that as a basic concept we will never stop this cycle of violence in the city.

The guys I represent have transferrable skills that could be applied to a pro-social life if they were given the opportunity. They are loyal. They are hard working. They hustle for everything they have. They are mentally strong. Any employer would be lucky to have someone with those skills if they could see past a criminal record.

What do you think might work?
Education and activities. Kids need to stay busy and positive. They need arts, theatre, sports, programs. They need a sense of community and self-worth. It has to start early and continue to high school.

How does that young teen go from delivering drugs to crimes with guns, and heavier stuff, murder?
It’s so easy. A kid shows himself reliable with deliveries here and there at first, then graduates to other tasks. They build rapport. They build trust.

After some time, it’s, “Hey, are you free today? Do you want to make more money? Put this in your pants or your pocket and just walk with me. If anyone runs up on us, shoot first.”

Or it could be, “Just sit there in the back seat and wait while I do this deal.”

Or maybe it’s a robbery. Maybe its retribution from another shooting.

And then I guess the kid gets more and more involved.
Exactly. So he sees the guys living the good life. They drive a Mercedes. They work when they want. They do what they want. They are their own boss. They get together at fancy restaurants and nightclubs and order champagne and women. Would you rather be doing that, or working long hours for someone else at minimum wage?