TheGunBlog.ca — Quebec City Council will ask the government of Canada for gun laws that are the same as current gun laws: ban handguns and semi-automatic firearms except for authorized users, such as military, police, hunters, sport shooters and collectors.

Quebec said it wants to support similar moves by Toronto and Montreal, according to a resolution discussed Aug. 23 and that is on the agenda for a vote on Aug. 27.

Be it resolved to: 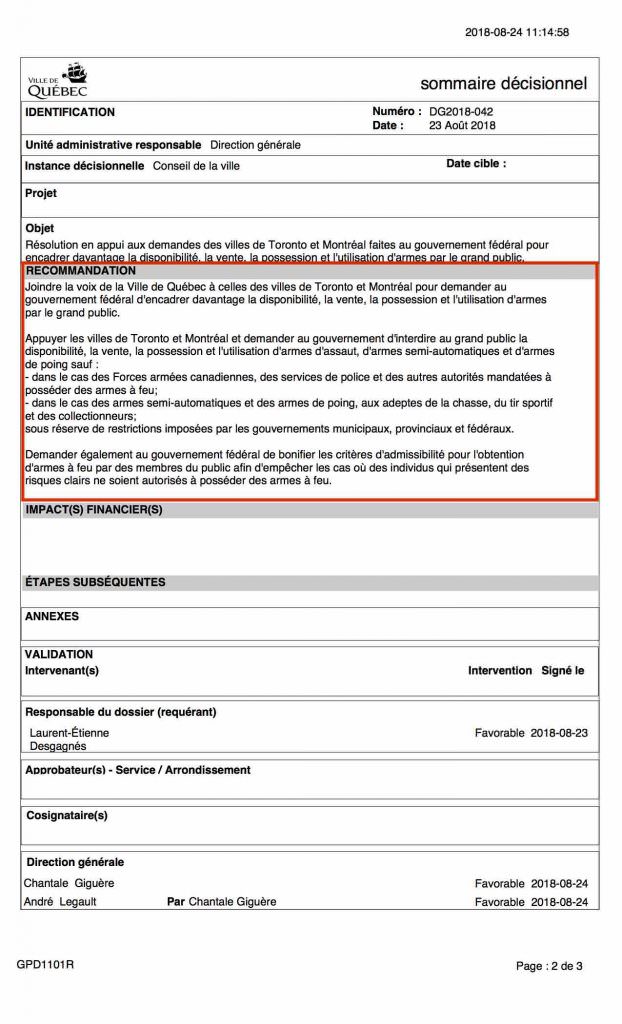