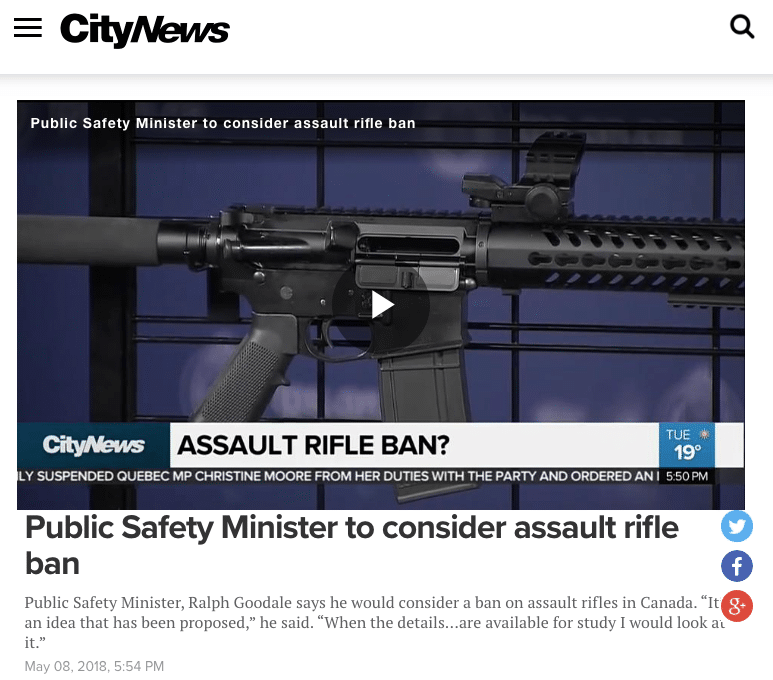 TheGunBlog.ca — Canadian Minister of Public Safety Ralph Goodale told reporters yesterday that he isn’t rejecting any proposals outright when it comes to changing legal classifications of firearms. The media ran headlines saying he’s considering a ban on “assault rifles.” What if it were the opposite?

The journalists were asking Goodale about a petition by 75 people to ban “assault rifles.” (See reports by City TV, iPolitics)

Shooters typically define “assault rifles” as automatic firearms, which Canadian law has categorized for decades as “Prohibited.” Anti-gun activists use “assault rifles” or “assault weapons” to refer to black or scary-looking firearms, regardless of function and operation.

So would the minister consider banning or unbanning these or any other firearm?

“I don’t reject anything out of hand,” Goodale told reporters, iPolitics said on its website yesterday. “It is Parliament’s prerogative to change the categories, if Parliament feels that that is appropriate.”