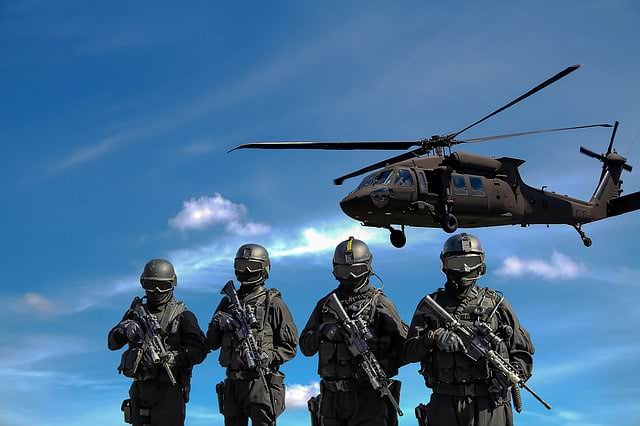 TheGunBlog.ca — Canadian police have increased the use of SWAT teams by almost 2,100 percent since 1980 as the highly armed and trained units respond to routine calls, researchers said at The Conversation. They urged authorities to scale back deployments.

Special Weapons And Tactics teams were used an average of 1,300 times each in 2016 compared with 60 times per unit in 1980, according to an analysis by Kevin Walby, associate professor of criminal justice at the University of Winnipeg, and Brendan Roziere, a law student at the University of Manitoba. They wrote “Rise of the SWAT Team: Routine Police Work in Canada Is Now Militarized” Jan. 24 at The Conversation.

“SWAT teams, once considered a last-resort option for police forces, are now being used in routine areas of policing,” the researchers said. Police are using special units for “routine activities such as executing warrants, traffic enforcement, community policing and responding to mental health crises and domestic disturbances.”

The use of special units varies widely. In 2016, Winnipeg’s municipal SWAT teams went on 3,372 calls, Ontario’s provincial units responded to 2,417 call outs, while Ottawa SWAT was deployed 123 times, the researchers found. Ottawa and Vancouver teams were generally used 100 to 200 times a year, the authors said.

The researchers also wrote “Police Militarization in Canada: Media Rhetoric and Operational Realities” last October in the journal Policing: A Journal of Policy and Practice.

“Based on our research, we can see that militarization has been normalized within Canada’s largest police services,” Walby and Roziere said. “The financial and social costs of using SWAT teams are also concerning. Their use in routine policing, and even in warrant execution, should be declared a failed public policy and scaled back immediately.”

[There’s always more to the story. Got info? Contact me.]