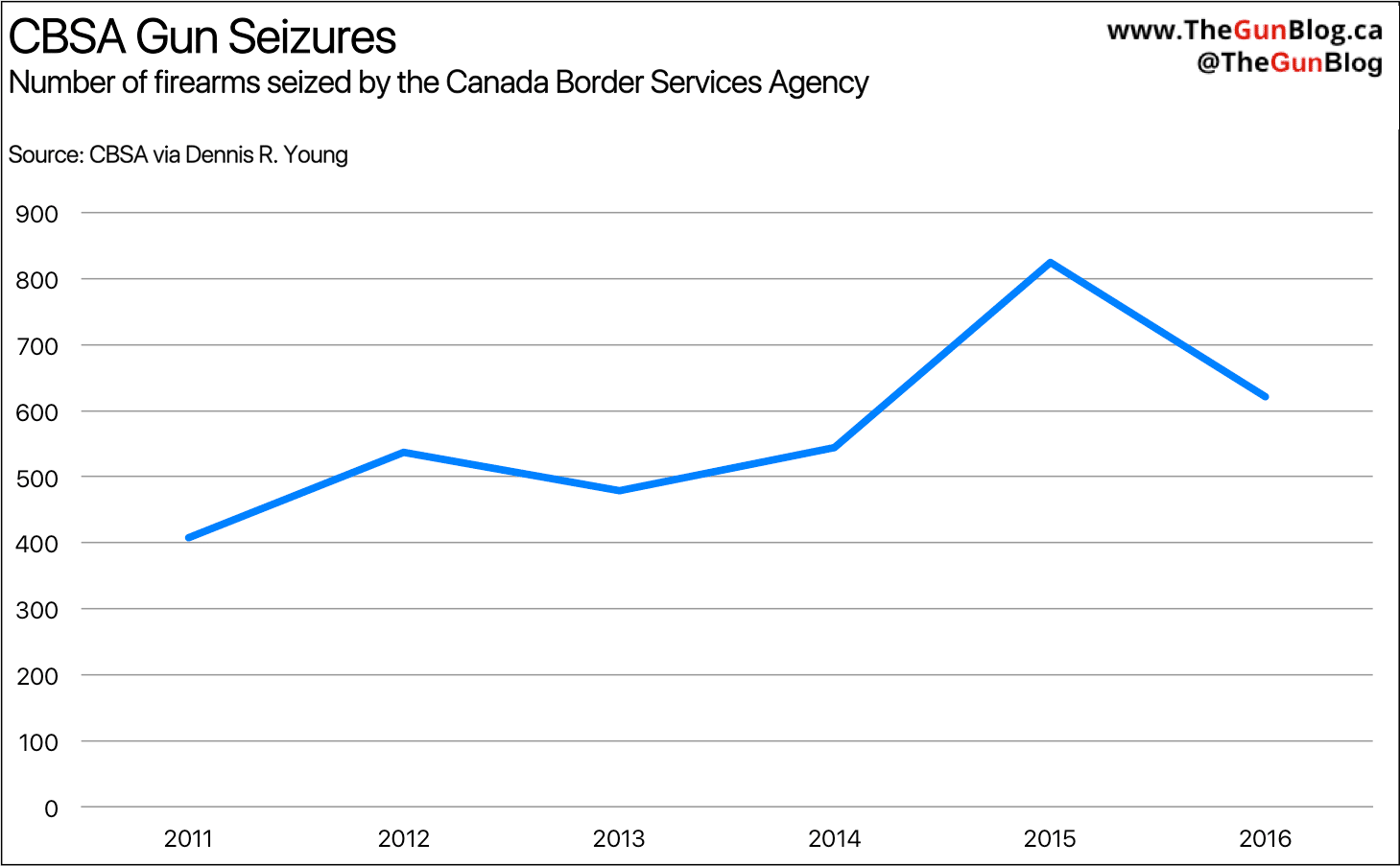 TheGunBlog.ca — The Canada Border Services Agency has seized an average of 569 guns a year since 2011 and confiscations are rising, according to internal reports obtained by Dennis Young, the advocate for shooters’ rights.

Young filed a special request to the CBSA to obtain the data, and published the response on his website on Dec. 16. The documents show how many rifles, shotguns and handguns border agents seized across Canada, including the number of guns in each legal class: “Non-restricted,” “Restricted” and “Prohibited.”

They also show how many illegal weapons and objects were confiscated, from tear gas and nunchakus to push daggers, switchblades and cartridge magazines. The CBSA estimated the value of the seized guns at $1.6 million.

“This is information that no one has ever asked for and has never been reported anywhere in the last 23 years,” Young told TheGunBlog.ca by e-mail.

The Alberta resident has pushed for gun rights since he worked in parliament in the 1990s, and has obtained hundreds of internal memos and reports under the Access to Information Act. Young’s efforts include getting information about RCMP break-ins and illegal gun confiscations during a 2013 flood in High River, Alberta.

The CBSA documents don’t give the location of the seizures or their reason, such as whether there was any criminal intent. Some visitors from the U.S. who own firearms legally have them confiscated by border guards when they cross into Canada, resulting in fines or prison sentences.

Canadian law says visitors must declare their guns and pay $25. Many smaller handguns are illegal to import.

The Royal Canadian Mounted Police told Young last year that 226,186 firearms were seized by Canadian public-sector agencies from October 2008 through part of 2016, and 102,789 guns were surrendered.