RCMP Trial This Week Focused on This Report Recommending AR-15 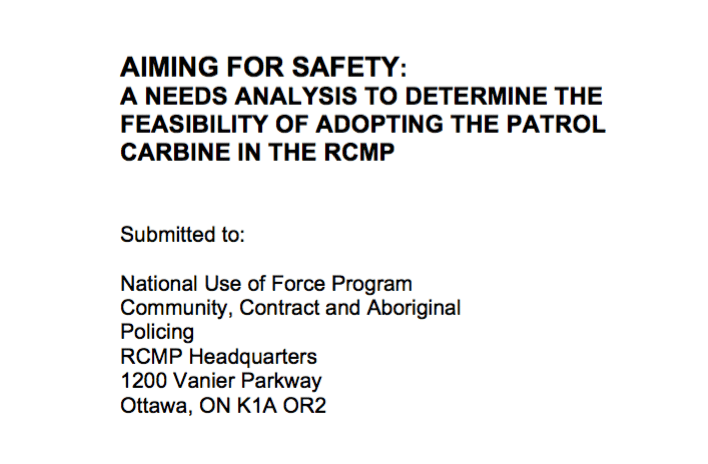 Here is a 2010 report that recommended the RCMP adopt the AR-15 rifle. The study and its author were in focus this week at a trial to decide if Canada’s federal police are guilty of having failed to provide appropriate equipment and training to officers responding to attackers. The case is relevant to all of us.

The Royal Canadian Mounted Police were charged in 2015 with four violations of the Canada Labour Code after three officers were shot dead and two more were wounded by an attacker they were pursuing in Moncton, New Brunswick, in June 2014. The police pleaded “not guilty” last year, CBC News reported at the time. The trial began last week and is scheduled to last more than two months, CBC said this week.

What do the charges and the trial mean for the rest of us? More than 100,000 Canadians are violently attacked, kidnapped, robbed, raped, threatened or killed each year, in part because our laws keep us disarmed and defenceless. Regardless of the court’s decision, our laws should allow all of us — police and private individuals — to equip ourselves with gear and training to stay safe and to stay alive.

What the Report Shows

The report shows some of the thinking, methods and constraints of the RCMP as they considered equipping officers with rifles. Some of these apply to any large police agency, some are specific to the RCMP at the time. Here are just a few points: