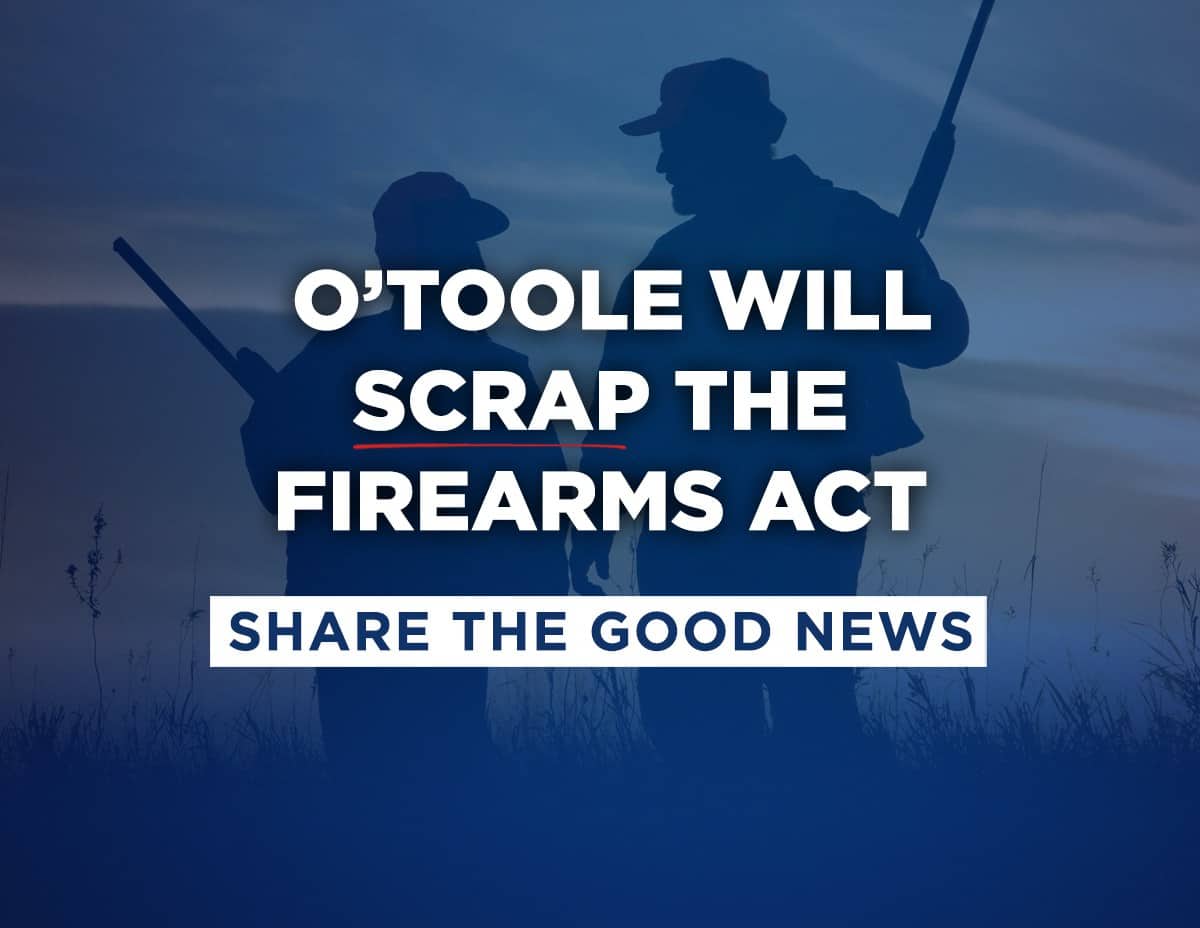 Erin O’Toole deepened his commitment to Canada’s millions of shooters today, pledging to scrap the country’s complex and restrictive Firearms Act if he wins the vote to lead the Conservative Party and is elected Prime Minister.

The promise goes further than his previous proposals to review how guns are classified, and means at least three candidates running to lead the party say they would ditch the flawed law. Brad Trost was the first, followed by Maxime Bernier, the front-runner in the campaign. Party members vote for their new leader in May.

Besides trying to appeal to Conservative gun owners and users, having several members of parliament promising to eliminate the Firearms Act could mean greater opposition to the Liberal Party government now as it prepares to increase constraints on shooters.

The Firearms Act, passed by the Liberals in 1995, created convoluted and confusing laws that are difficult to enforce, criminalize harmless behaviour and fail to prevent violent crime. The Liberals are in the midst of preparing more paperwork and restrictions for the country’s shooters, more than 2 million of whom have police-issued licences to own guns and ammunition.

The following was published on O’Toole’s website, erinotoole.ca/repeal. Bold and underline were in the original.

I was one of the first candidates to explain how I will continue to defend the rights of law-abiding firearms owners.

We need a fresh approach to Canada’s firearms laws.

A piecemeal and patchwork approach to firearms regulations just makes the problem worse.

My solution is a simple pledge:

An O'Toole government will repeal the Firearms Act and replace it with legislation developed through an expert-driven process that includes manufacturers, owners, and law enforcement.

In order to overhaul the broken firearms classification system, I will repeal and replace the Firearms Act.

I will always stand up for law-abiding firearms owners.

But I can’t do it without you.

Stand with me. #JoinTheMission. Sign up here, buy a membership, and make a donation if you can.