Did You Know? Canada Has More Than 4,500 Firearms Businesses 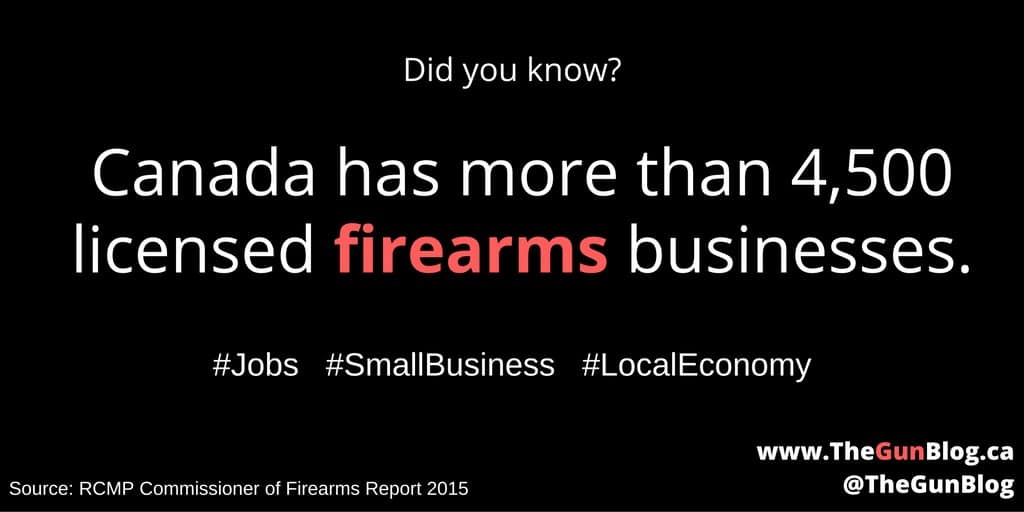 Did you know? According to the RCMP Commissioner of Firearms report for 2015:

As of December 31, 2015, there were 4,522 firearms businesses in Canada licensed under the Firearms Act, not including carriers and museums. Of these, 2,117 were licensed to sell only ammunition.

That’s a lot of jobs for a lot of people, from small businesses to big corporations.

It also represents a 2.6 percent decline from the year before, when the country was home to 4,641 firearms businesses, of which 2,345 were licensed to sell only ammo, according to the 2014 report.

A business, museum or organization that manufactures, sells, possesses, handles, displays or stores firearms or ammunition must have a firearms business licence. Employees who handle firearms for these businesses must also have firearms licences, and all restricted and prohibited firearms in a business inventory must be registered.