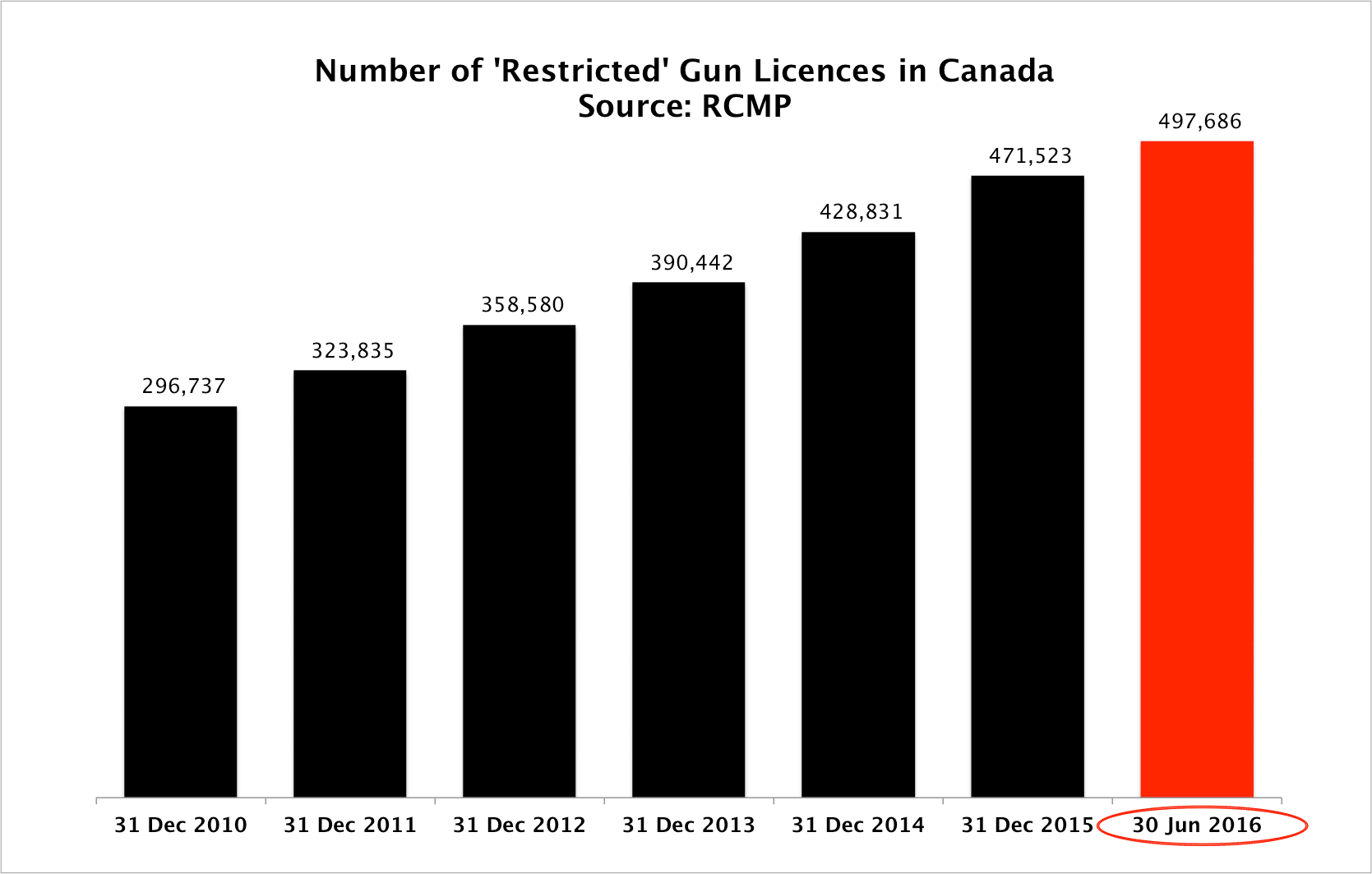 The number of Canadian licences for handguns, AR-15 rifles and other so-called “restricted” firearms rose to 497,686 at the end of June, the RCMP said today in an e-mailed response to questions by TheGunBlog.ca.

Canada assigns guns to three classes: non-restricted, restricted, and prohibited, with different laws, rules and licences for each type. In total, more than 2 million Canadians had licences at the end of December, as more men and women sought guns for recreation, competition, hunting and collecting.