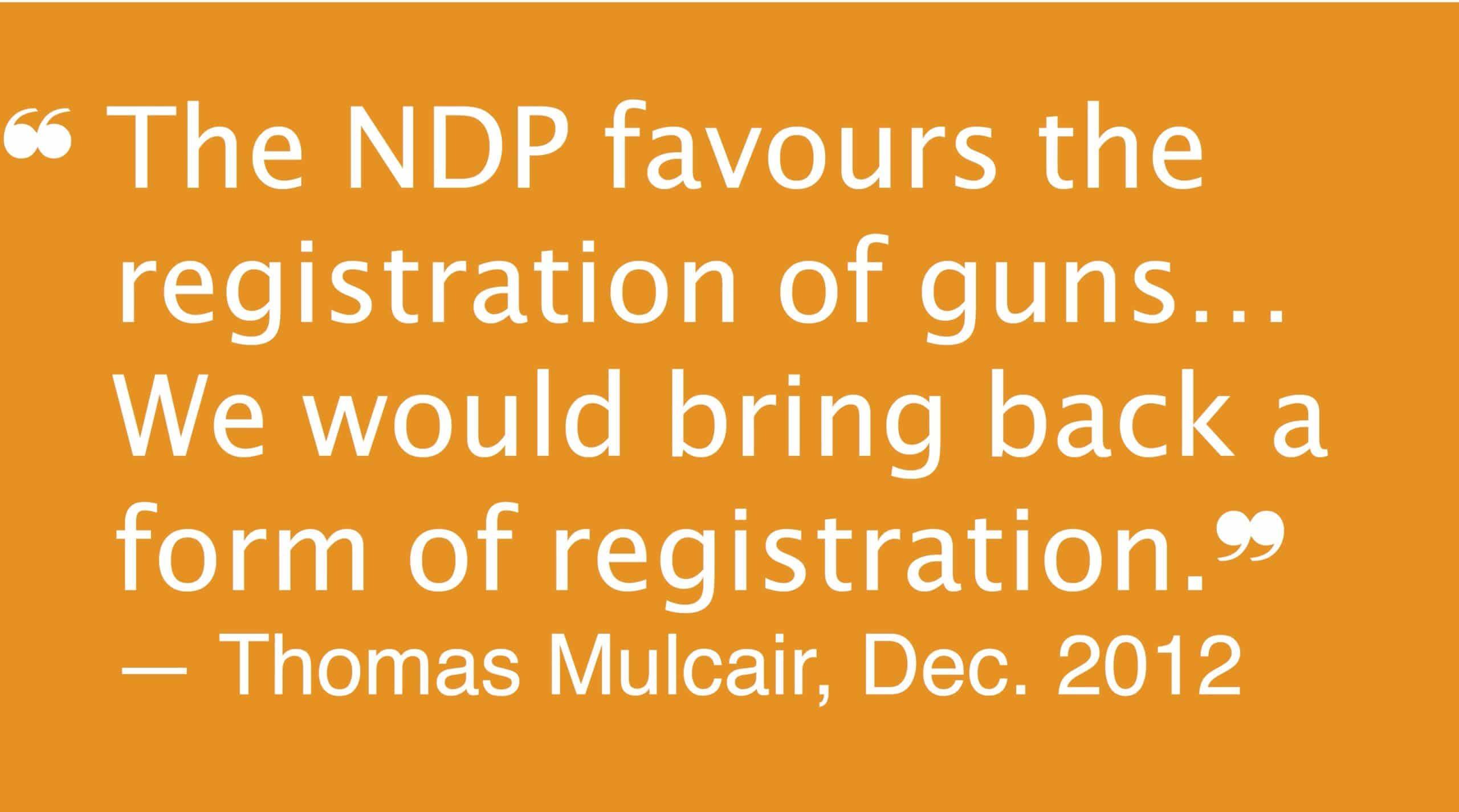 The NDP favours the registration of guns, Thomas Mulcair said in December 2012.

“The NDP favours the registration of guns,” Thomas Mulcair, the party leader, said in December 2012, according to an article at the time by Maclean’s magazine. “We would bring back a form of registration.”

Canadian gun owners and enthusiasts need to remember that when we elect our next government in October.

The Conservative Party of Canada got rid of the country’s long-gun registry in 2012. Even though the registry kept a lot of police officers busy and made a lot of technology consultants rich, it did nothing for public safety.