Larry Vickers Says He Has a ‘Soft Spot’ for Canadian Guns 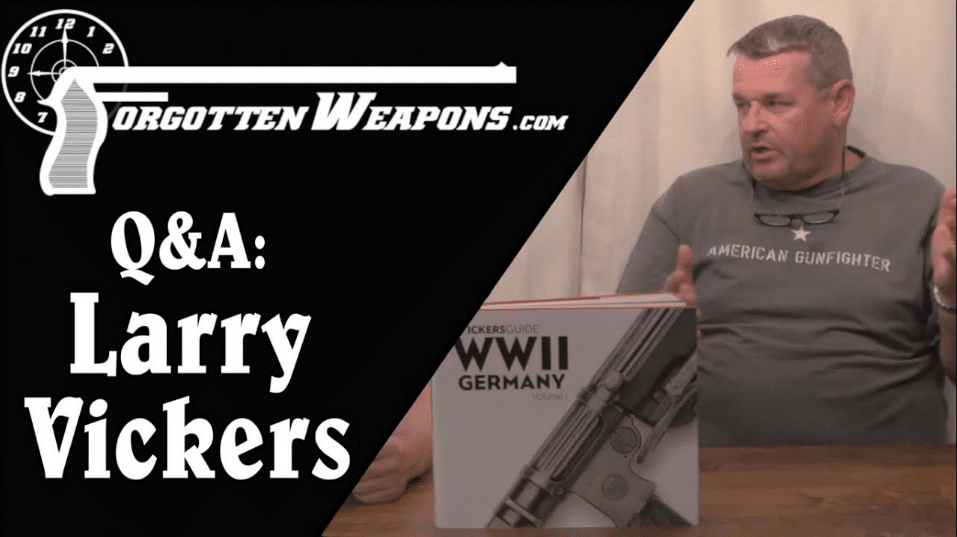 TheGunBlog.ca — It’s rare for Canada’s gun industry to be mentioned by firearm celebrities, let alone appreciated by them. In a world dominated by Austrian pistols, Italian shotguns, and Russian and American everything, Canada often goes unnoticed.

That’s why the maple syrup in my veins flowed a little faster when I heard Larry Vickers tell the Forgotten Weapons channel that he has a “soft spot” for Canadian-built guns.

Vickers, the firearm trainer, designer and former member of the U.S. military’s elite Delta Force, made the comment in a Q&A with Ian McCollum of Forgotten Weapons, one of YouTube’s most-popular gun channels. They were discussing Vickers’s new book on German weapons of World War II.

The last question is whether Vickers prefers Hi Power pistols built by John Inglis & Co. in Toronto during the war, or models made by Fabrique Nationale in Belgium. The 43-minute video was published on Dec. 11, and this question starts at 39:35.

Here is part of Vickers’s response:

I like Inglis-built guns. I just have a soft spot for them.

I like a lot of Canadian-built guns. I’m a fan of Diemaco, Colt Canada, the Inglis guns, the Brens and what not. I’ve just got a soft spot for them. I don’t know why.

They make good stuff. It’s good-quality stuff, the stuff was reliable. I’m a fan of Canadian military small arms in that regard.

Vickers, based in North Carolina, also has one of YouTube’s leading gun channels. His slow-motion video showing the operation of an AK-74 rifle has more than 3.5 million views.

Highlights From the Q&A With Vickers