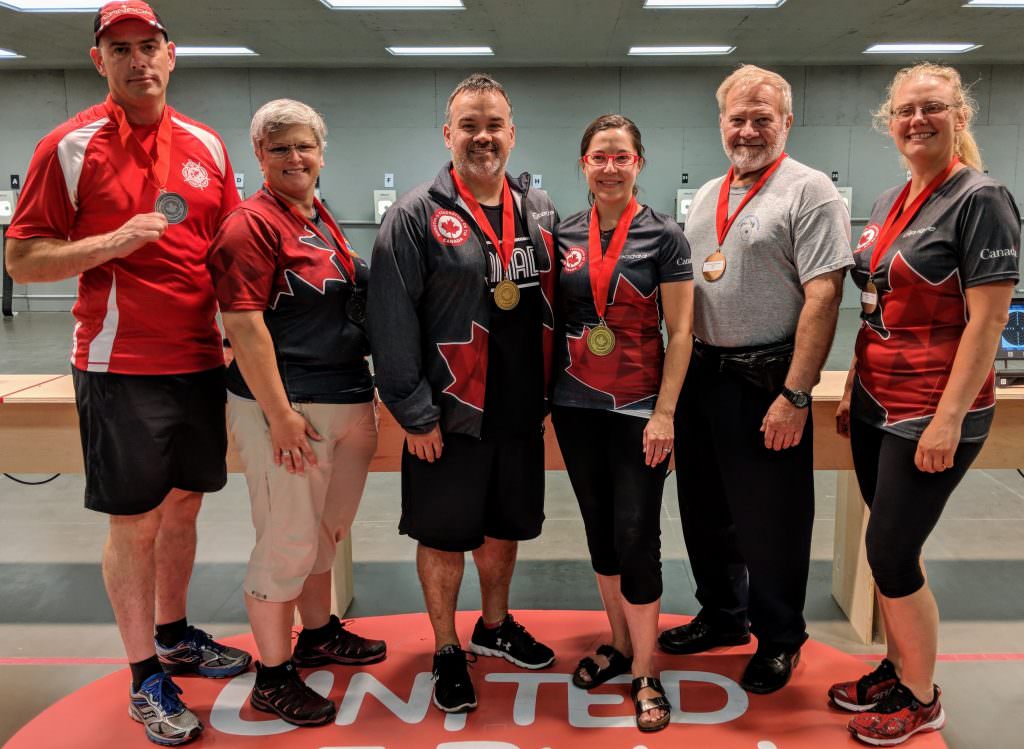 TheGunBlog.ca — Allan Harding and Lynda Kiejko won individual and team gold medals at the 2018 Canadian National Pistol Championships last week. It was their biggest event before a major world competition in September as they seek to qualify for the 2020 Olympics.

I got to watch roughly two dozen competitors from the Shooting Federation of Canada at the legacy Pan Am Games Shooting Centre in Cookstown, Ontario, about 80 km north of Toronto.

In the first relay of the men’s 50-metre pistol that I saw, won by Mark Hynes, the bullseye is the diameter of a shot glass. In 10-metre air pistol, it’s smaller than a dime.

Besides the skill, the positive vibe from this group is incredible. They’re under pressure to win, to self-finance guns, ammo, flights and hotels, to volunteer for club duties, and manage work, family and life. Kiejko, an engineer and co-vice-chair of the Canadian Firearms Advisory Committee, was there with her baby daughter.

Yet they’re all zen and smiles, from 13-year old Rex Norman in his first Canada-wide match to Stan Wills in his fourth decade of nationals.

She and Harding won the Mixed Team 10-metre Air Pistol match and set a Canadian record as the first mixed team in this new event.

British Columbia-based Harding, a manager for Adobe Systems, won the Men’s 10-metre Air Pistol. He also set a new record for the Canadian Nationals final, beating his own high score from last year.

This is the grouping from my second series at 10m. 10-ring is 11.5mm in diameter. I need to do this every time. #issf_shooters #issf #issfwc @issf_official

The competitors head to South Korea in September for the 52nd World Championship organized by the Munich-based International Shooting Sport Federation.