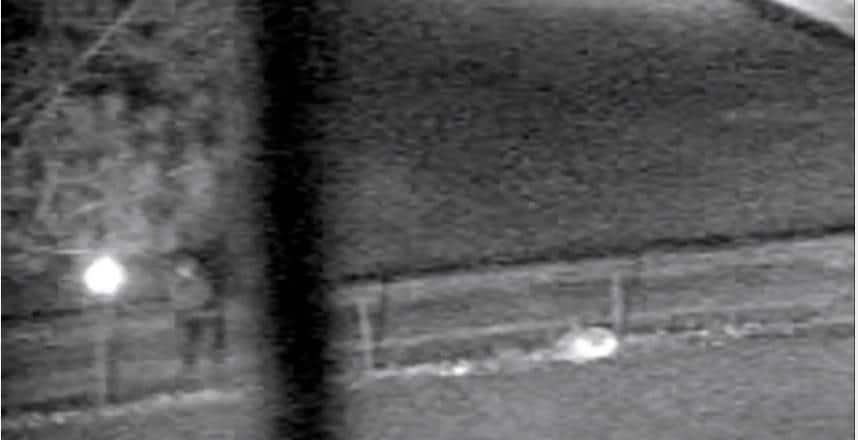 The sex of the shooter isn’t clear from the footage released by the Toronto Police Service on YouTube, and the video doesn’t show the target. The police comment on YouTube doesn’t identify the target as police.

“The Toronto Police Service is requesting the public’s assistance identifying two men wanted in a shooting investigation,” the police said in a statement on YouTube. “It is reported that: as they approached the townhouse complex, they fired numerous rounds at a group of men who were standing in the complex.”